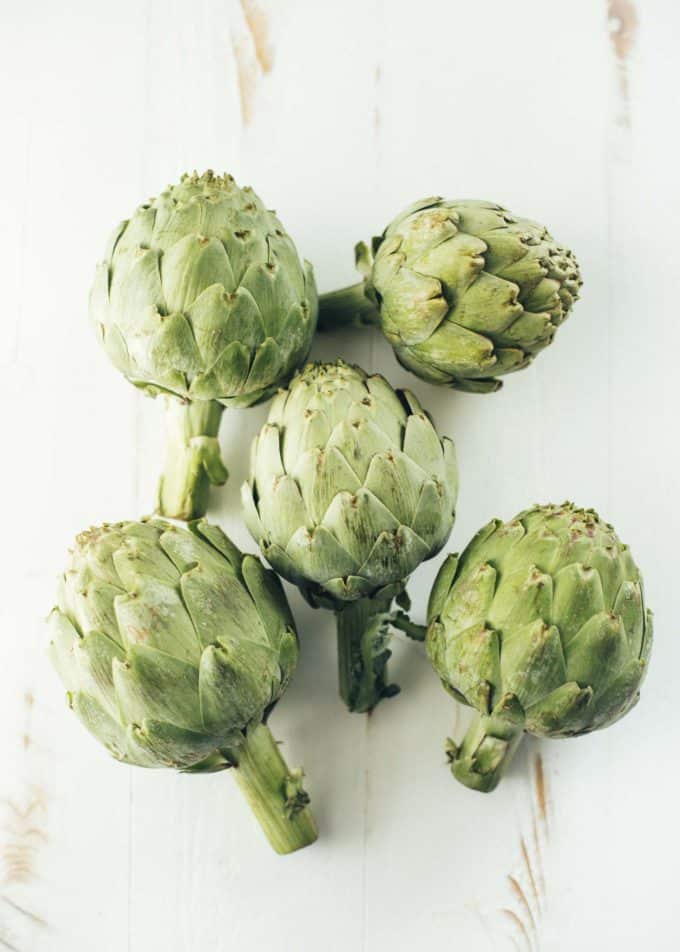 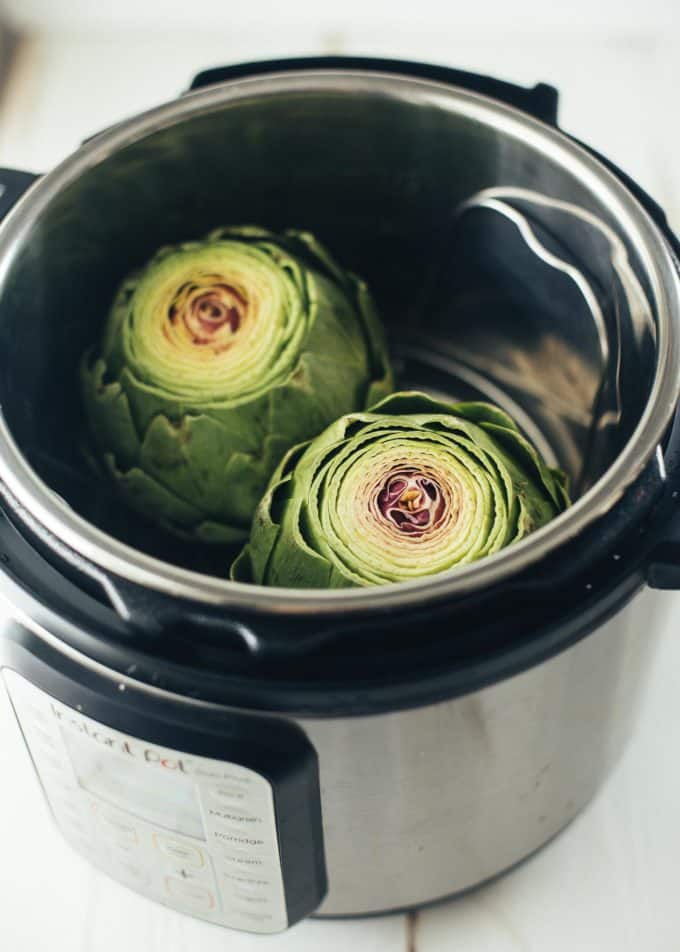 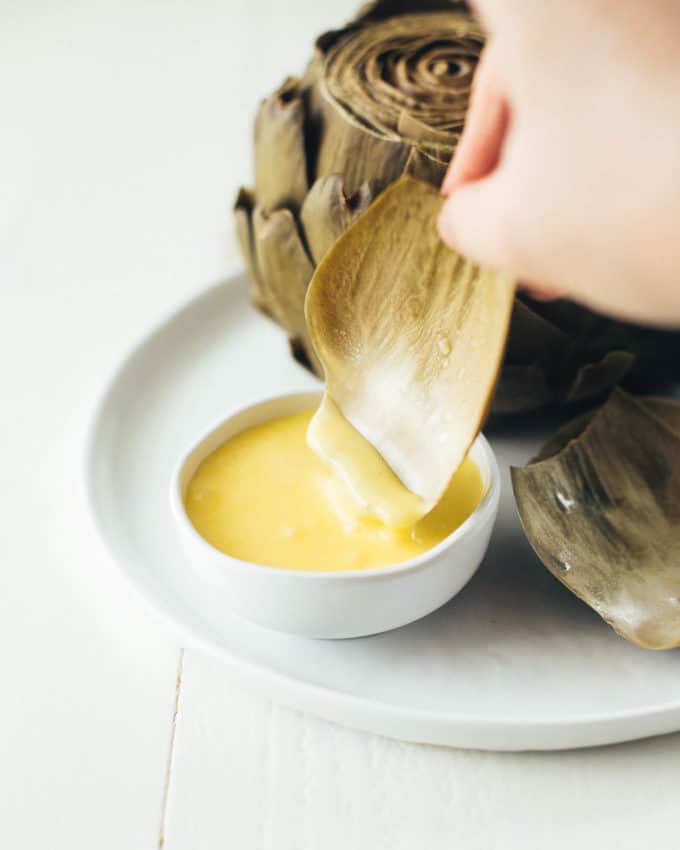 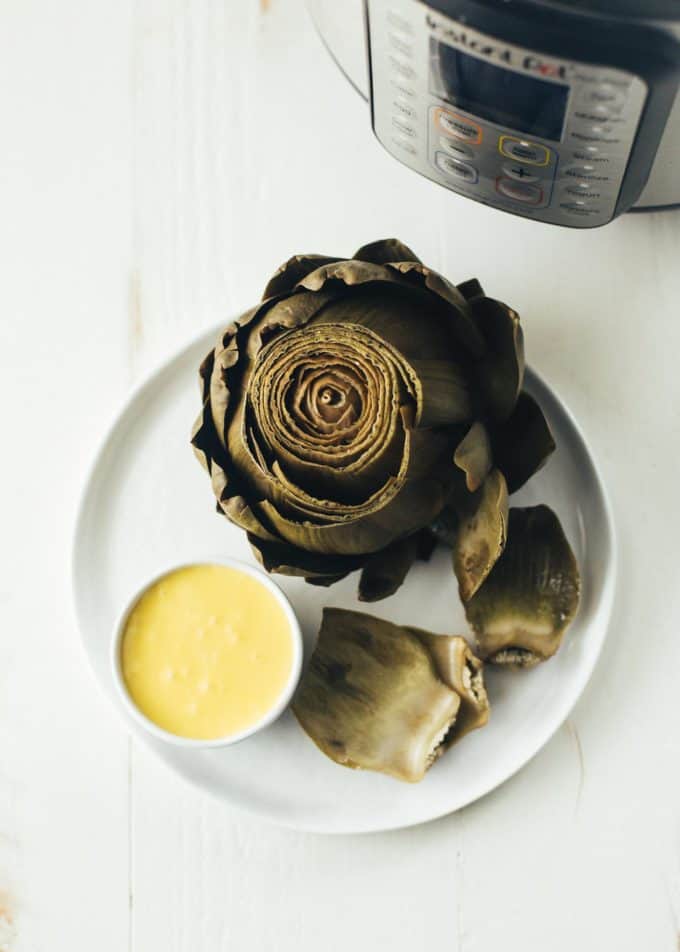 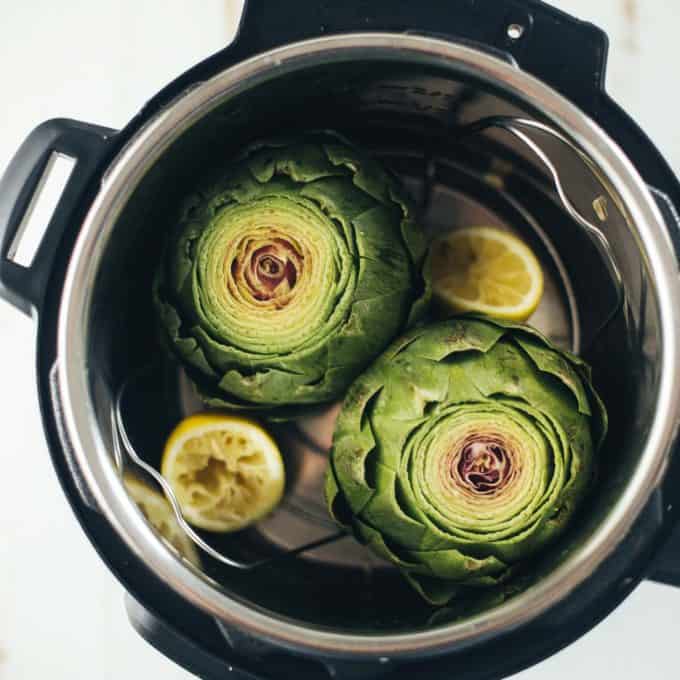 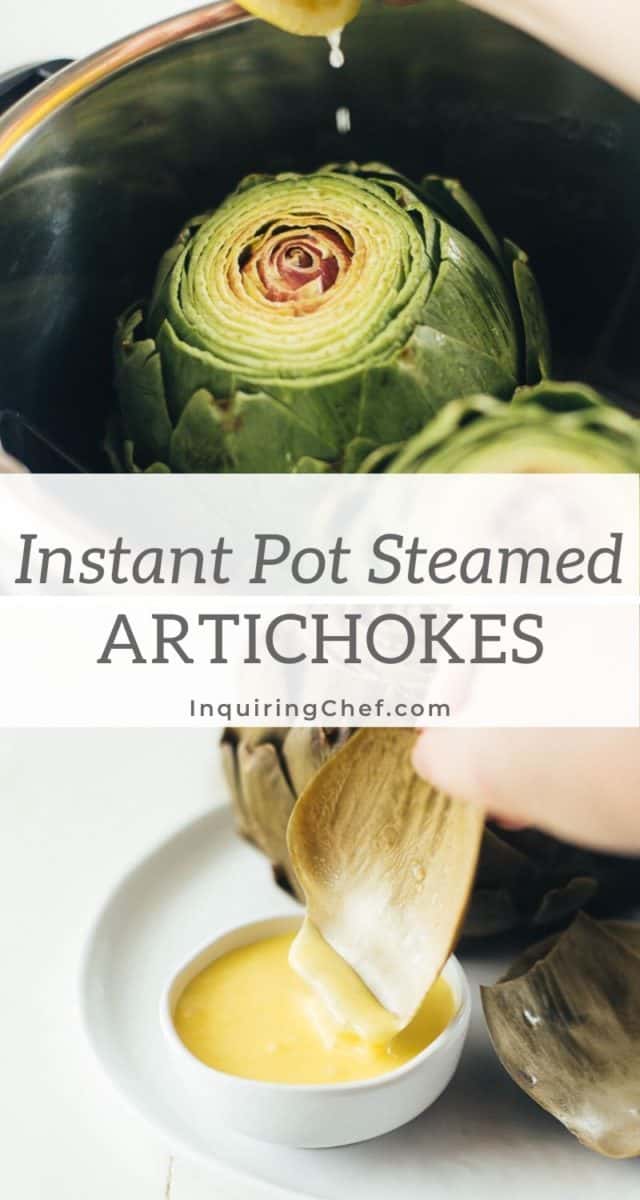 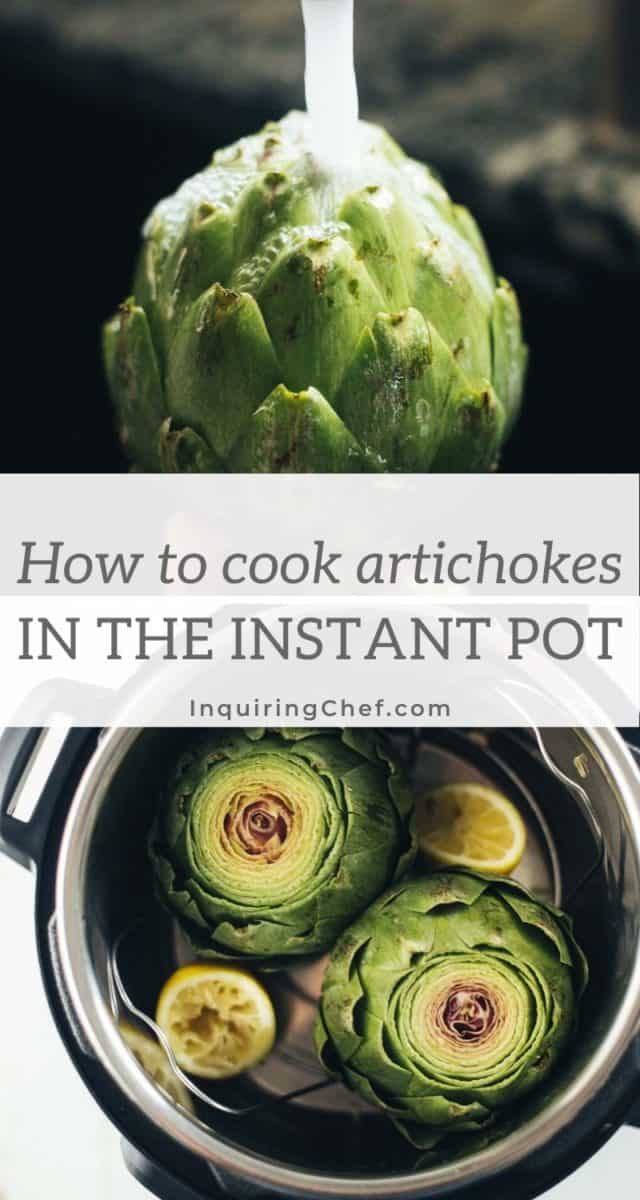 The tender, savory leaves of an artichoke make a great side dish or appetizer, especially when served with your favorite dipping sauce. Instant Pot Steamed Artichokes take a fraction of the time compared to steaming them on the stovetop.

If I had to choose a favorite food, it would probably be steamed artichokes. Since I was a teenager, this spiky, strange-looking vegetable was at the top of my request list for my birthday dinner each year. Now Frank makes them for me every April when they’re in season. We stand around the kitchen counter, dipping the tender artichokes leaves in rich hollandaise sauce and sighing over the goodness of it all.

The one problem that has haunted us year after year is the unpredictable time for steaming these vegetables. Whole artichokes are easy to steam on the stovetop, but the cook time can vary dramatically. Fresh, smaller artichokes can steam fast but larger, older artichokes can take an hour or more! Many a year, we ate my birthday artichokes long after the rest of the meal was done and put away because those sneaky little veggies had to keep cooking.

But that’s not a problem we have anymore. Instant Pot to the rescue!

The Instant Pot / pressure cooker takes steaming artichokes from a lengthy process with lots of lifting the lid to check in on the vegetables to a 10-30 minute, totally hands off proposition.

Just prep the artichokes, load them in the Instant Pot, cover and cook. While the artichokes are steaming, whip up some hollandaise or garlic butter for dipping.

Here’s how to do it.

How to Prep an Artichoke for Steaming 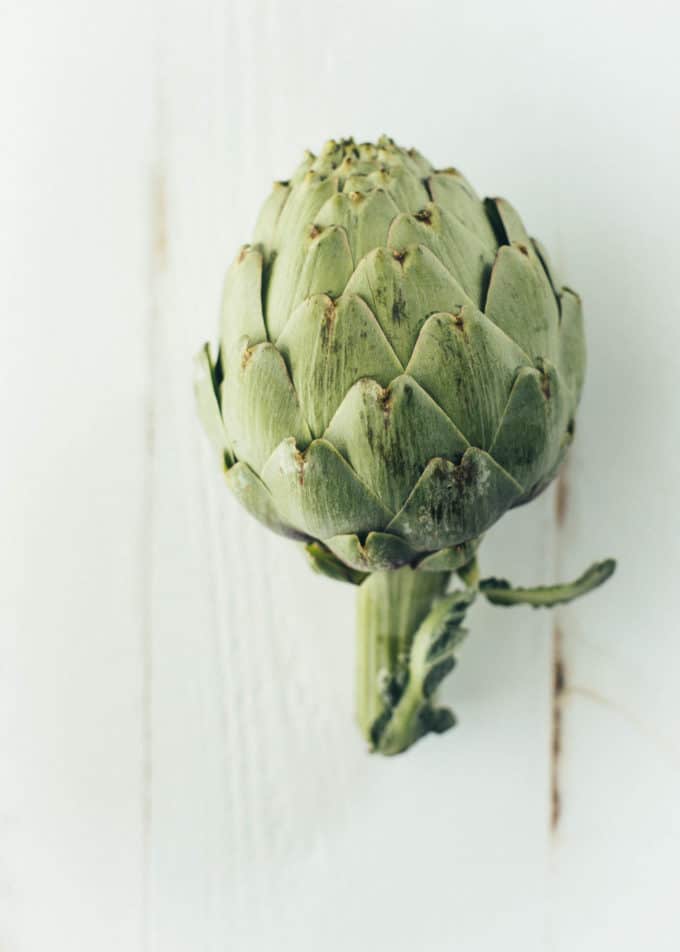 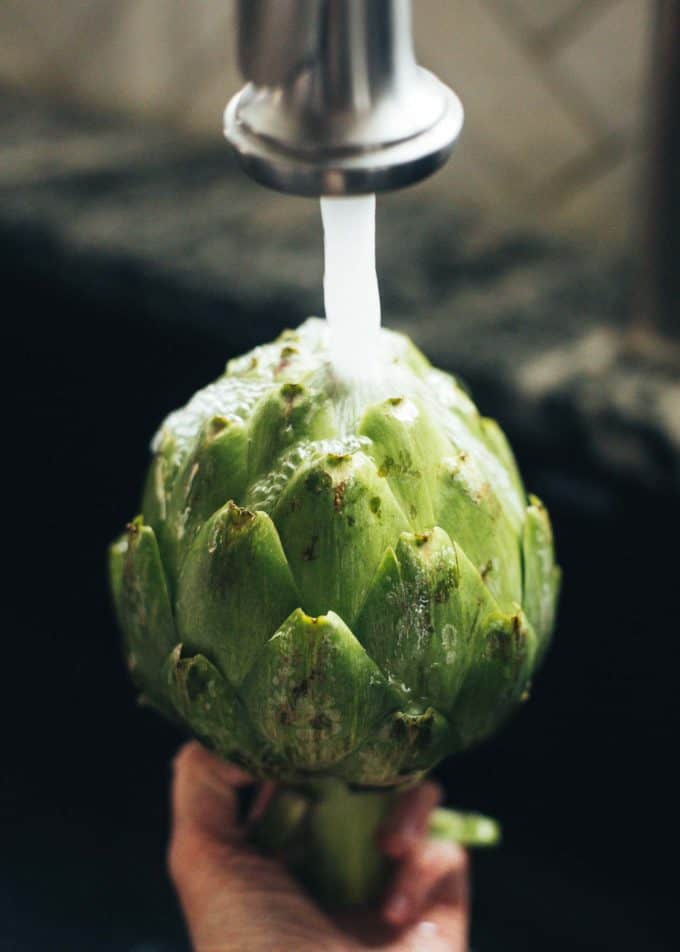 Next, place it on a cutting board and slice off the stem. You’ll want to slice off enough of the stem that it can sit upright.

Then slice off the top of the artichoke to expose the layers of color on the inside of the vegetable. This will remove any spikes on the top of the leaves and will make the leaves easier to peel off later when you serve it. 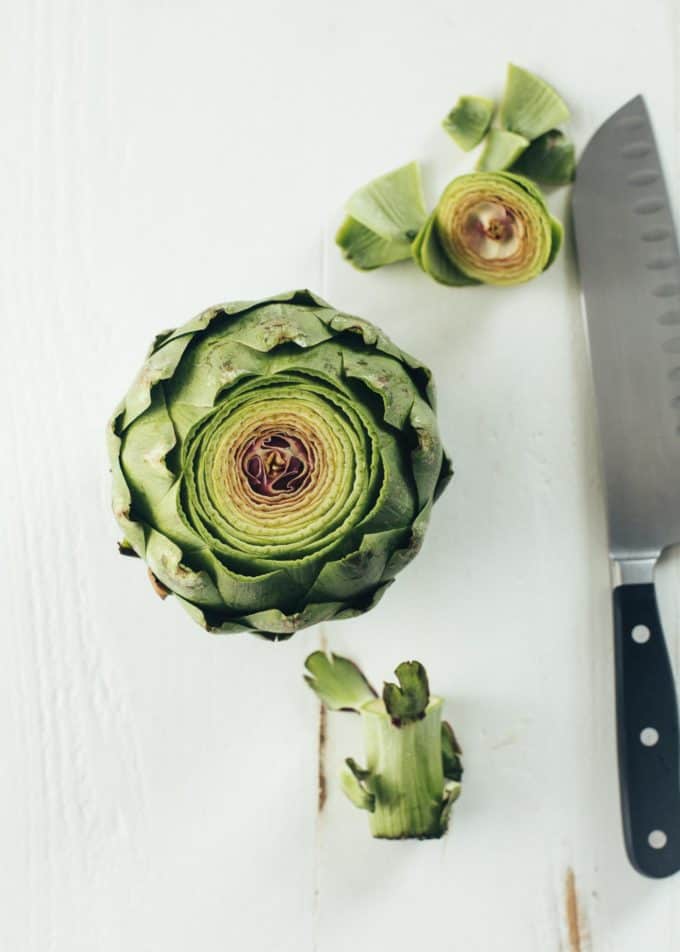 Remove any remaining small, tough leaves on the outside of the artichoke. If any of the remaining leaves have thorns at the end, use kitchen shears to slice off the thorns. (Sometimes these thorns are removed before the artichokes are sold, so you may be able to skip this step.) 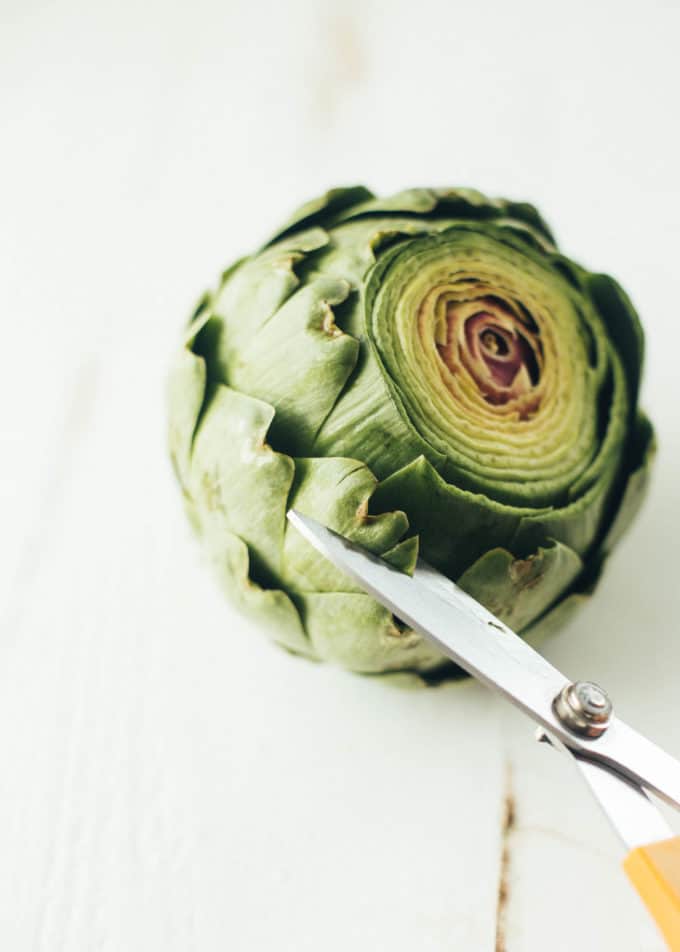 That’s it - these artichokes are ready to be steamed! 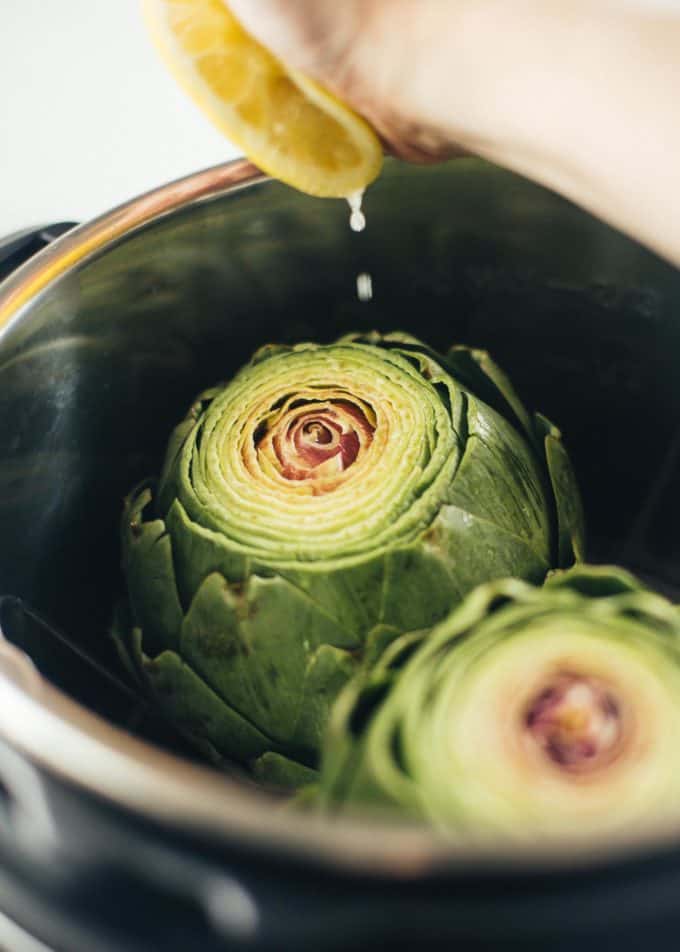 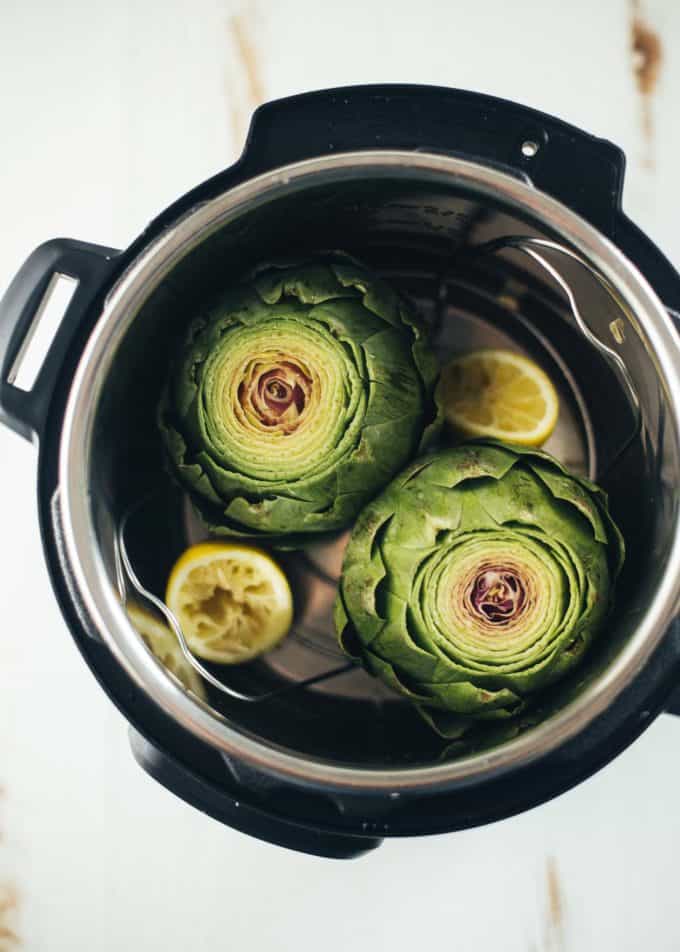 How to Eat an Artichoke

As intimidating as it can feel to prep a whole artichoke for the first time, it can feel equally as confusing to eat it. The most fun way is to enjoy it leaf-by-leaf. 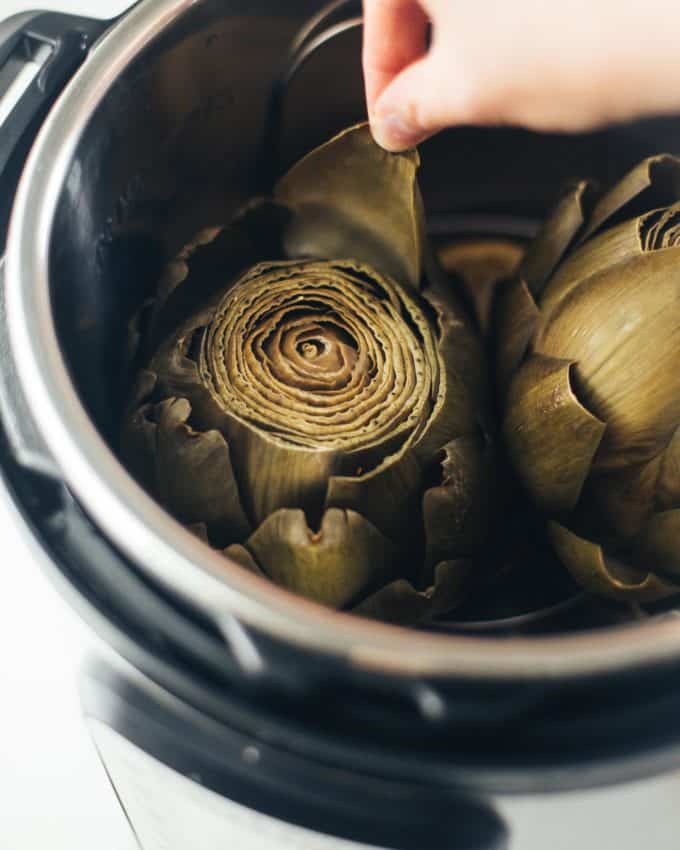 When you reach the middle of the artichoke, the leaves will get very soft and it will be difficult to peel them off. At this point, you’ll want to remove the choke and eat the last bit of the artichoke with a fork. 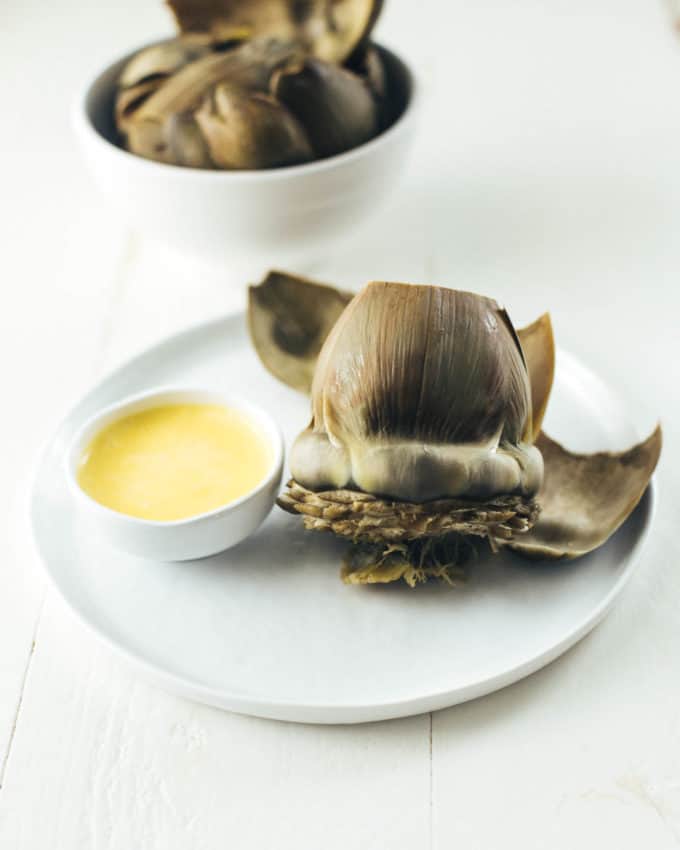 This fuzzy center (“choke”) should NOT be eaten. See the photo below. The choke (top) should be discarded and the remaining tender base of the artichoke (bottom) is delicious to eat. 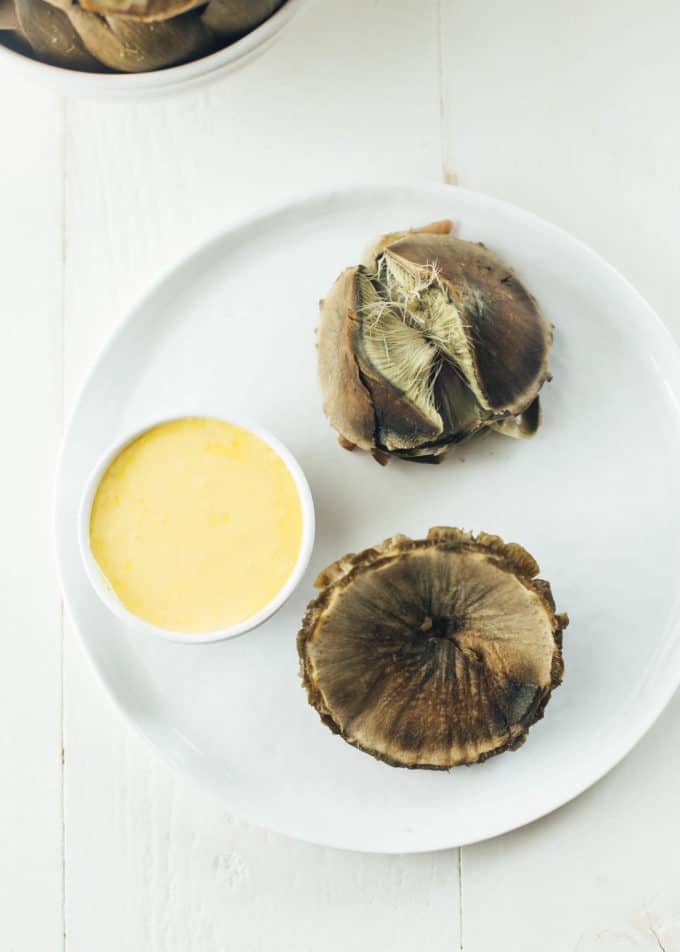 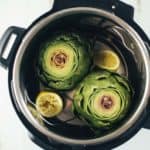 2 large artichokes (about 12 to 16 oz each) is a good amount to be shared by 4 people as a side dish. Alternatively, you can serve one artichoke per person, but aim to get smaller artichokes around 8 to 10 oz each. Try to get artichokes of a similar size so that they finish cooking at the same time, and use the guide in the recipe above to determine how long to steam / pressure cook the artichokes.