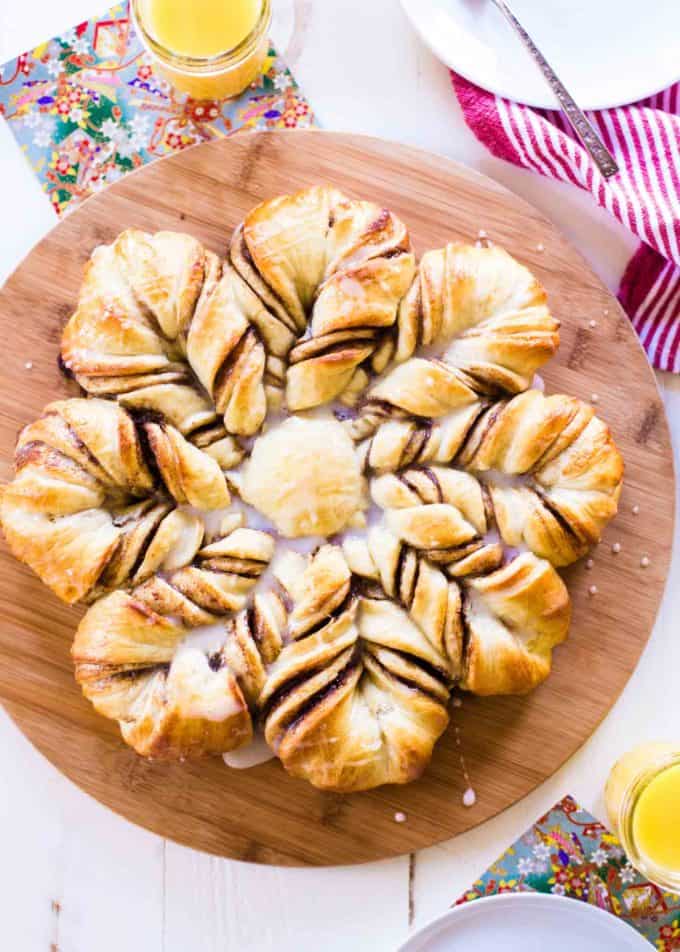 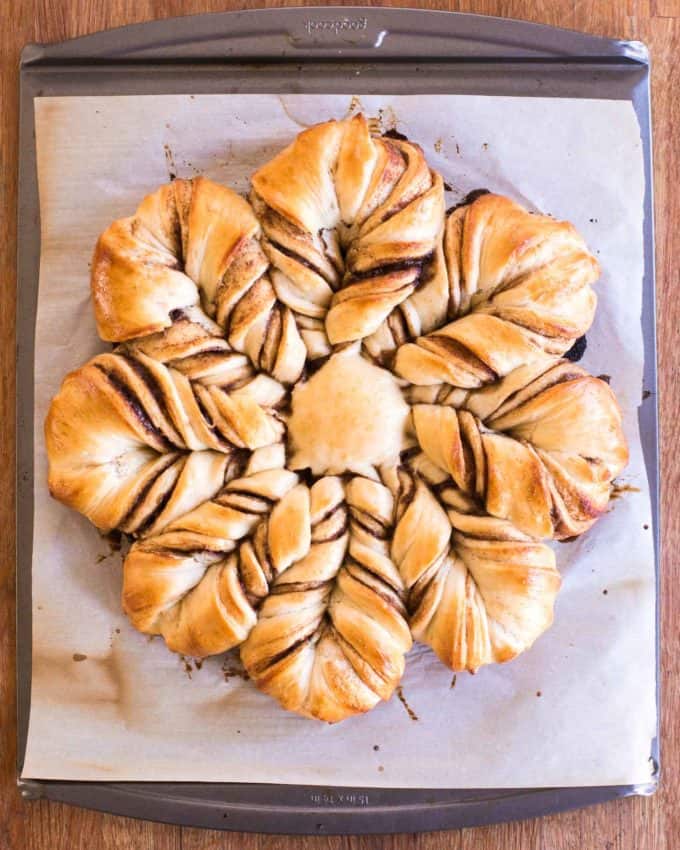 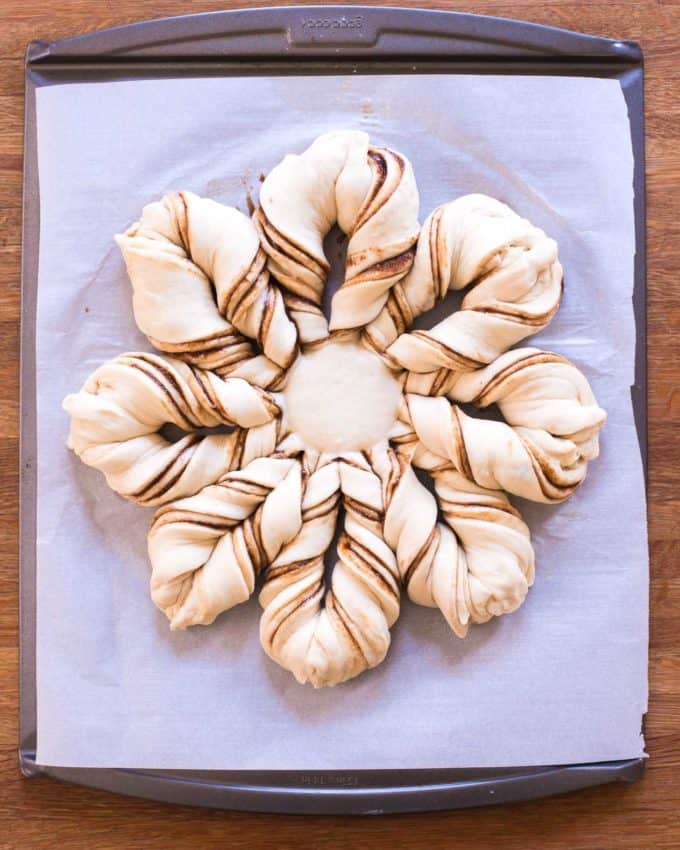 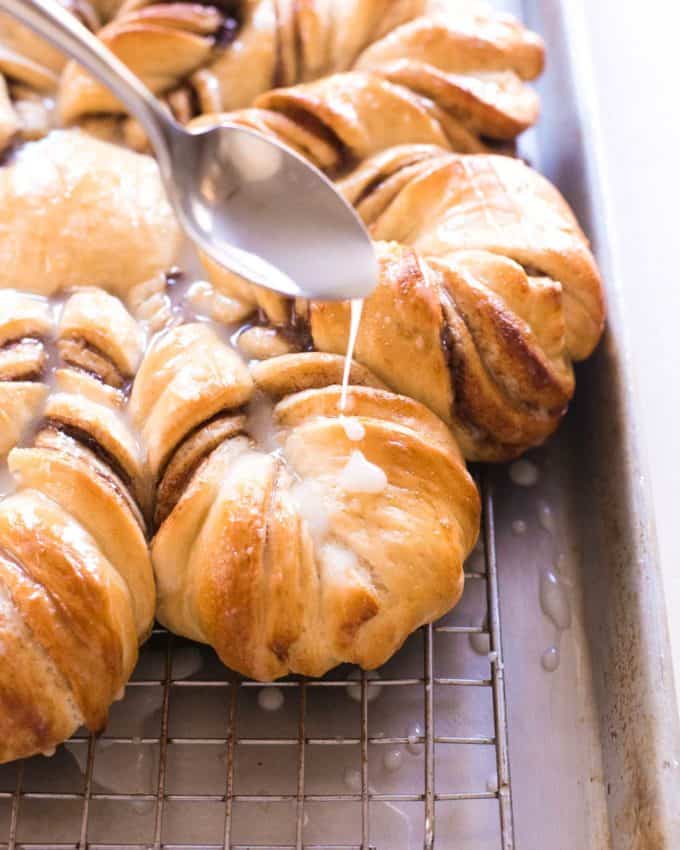 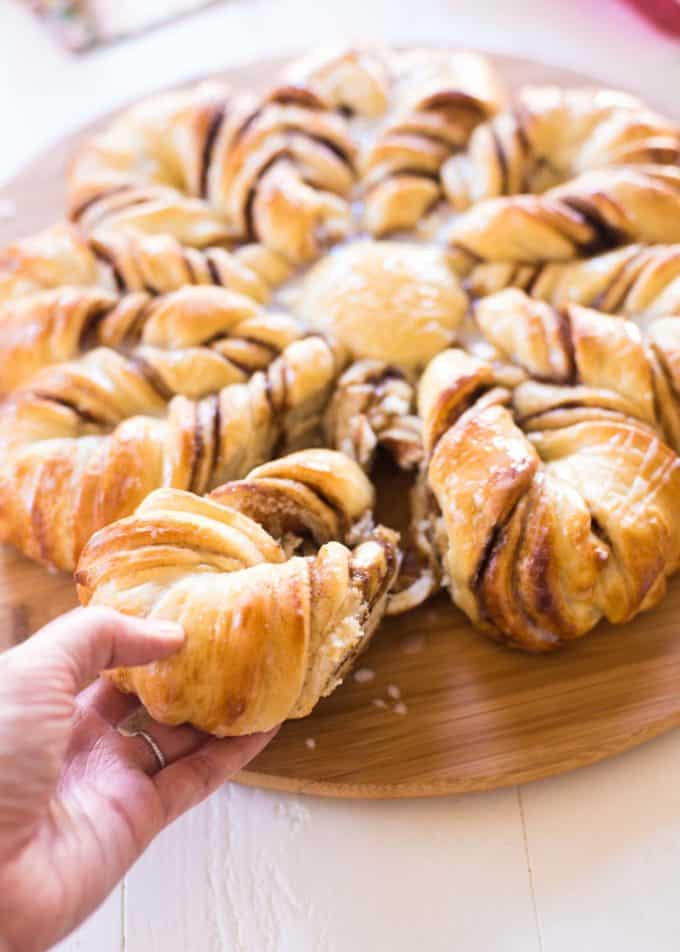 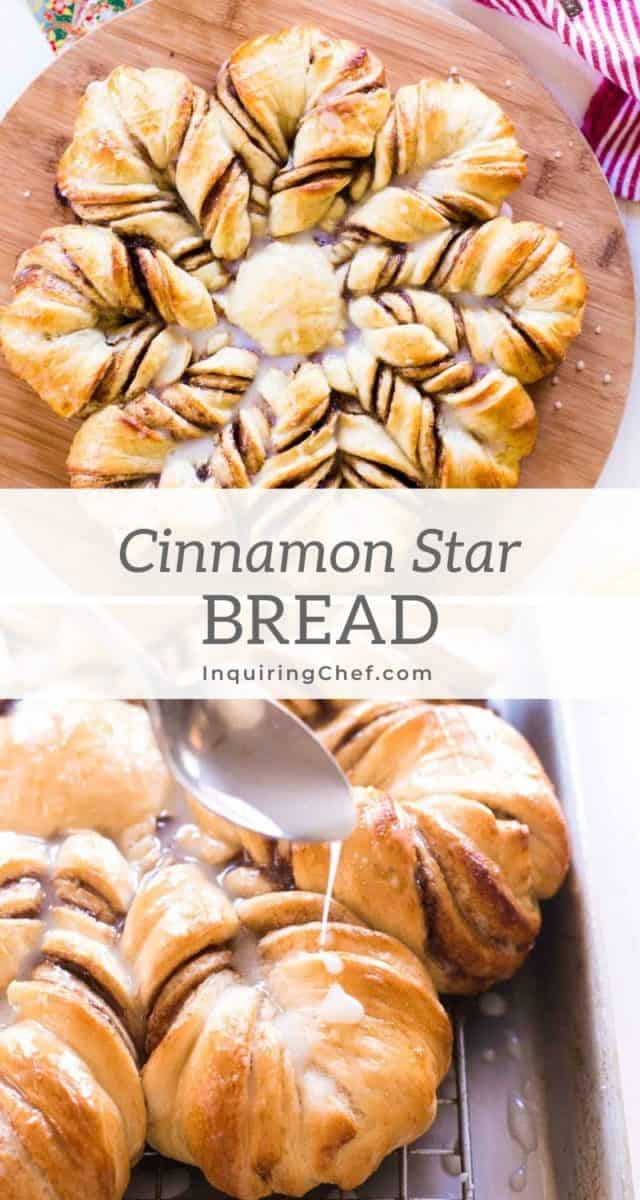 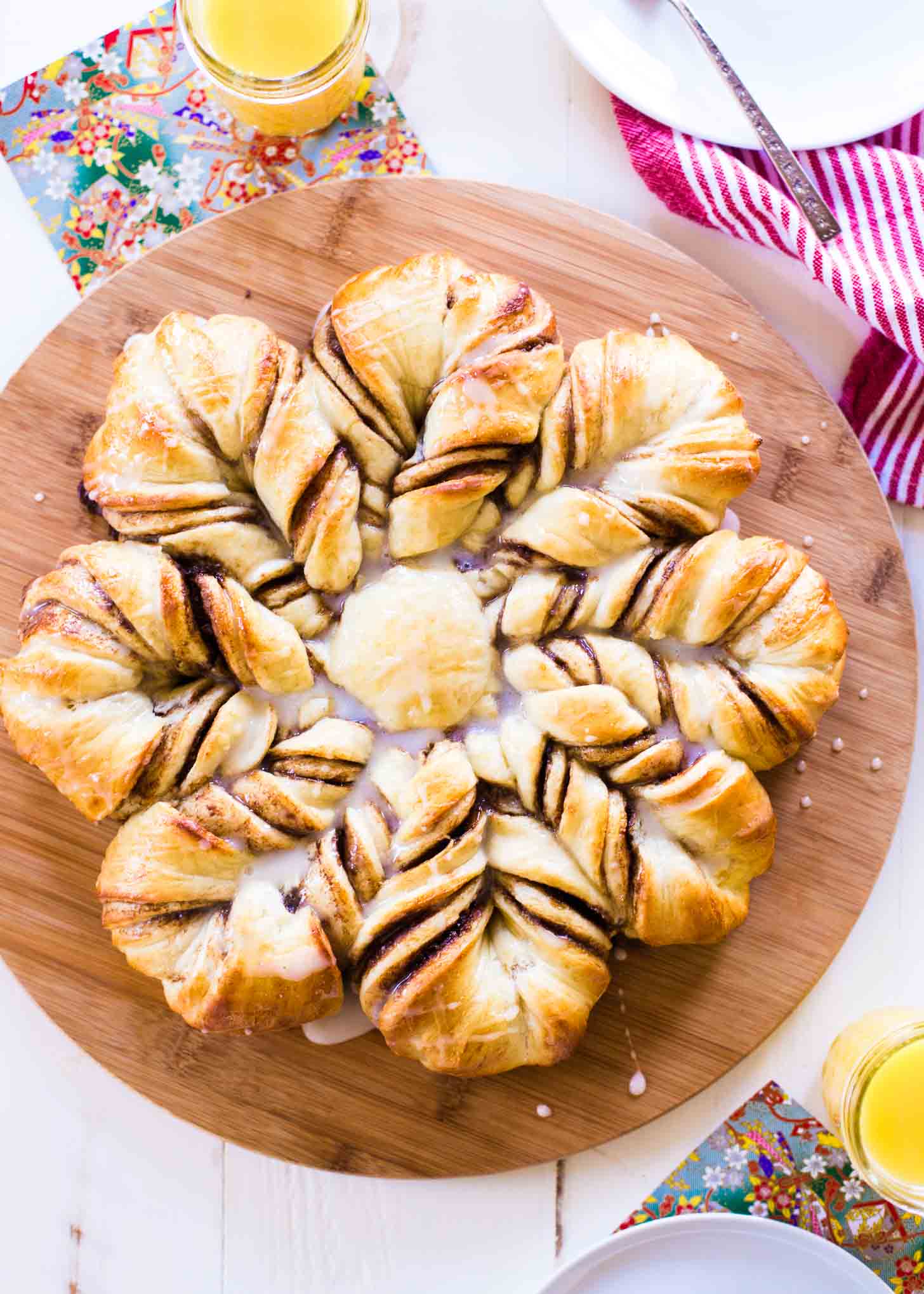 With layers of cinnamon sugar and a sweet glaze, this cinnamon star pull-apart bread is a festive alternative to classic cinnamon rolls.

It’s feeling super festive around our house. The toddler excitement for Christmas is palpable – the air is buzzing with it. I can’t help but have picked up some of that excitement myself. I was running a few final errands over the weekend and pulled up to a stoplight. When I looked in my rearview mirror, guess who I saw? Santa. In the SUV behind me. I’m sure he has more than a few final errands.

We’ve been baking throughout December but have a few more baked goods still on the list. This one will surely be making an appearance on Christmas morning. It feels special enough for Christmas, but is actually easy (and fun!) to make. I tested this recipe five times in recent weeks and have become super fast at building the star. It doesn’t take long even the first time – see many photos below to help you along!

This bread was inspired by a gorgeous photo I came across at King Arthur Flour, though my version uses my favorite one hour dough. The dough is light, fluffy and rises fast. It makes a great base for the caramelized cinnamon sugar throughout the star. The final star is drizzled with a light sugar glaze. Which is optional. Though I’d recommend that you opt in. 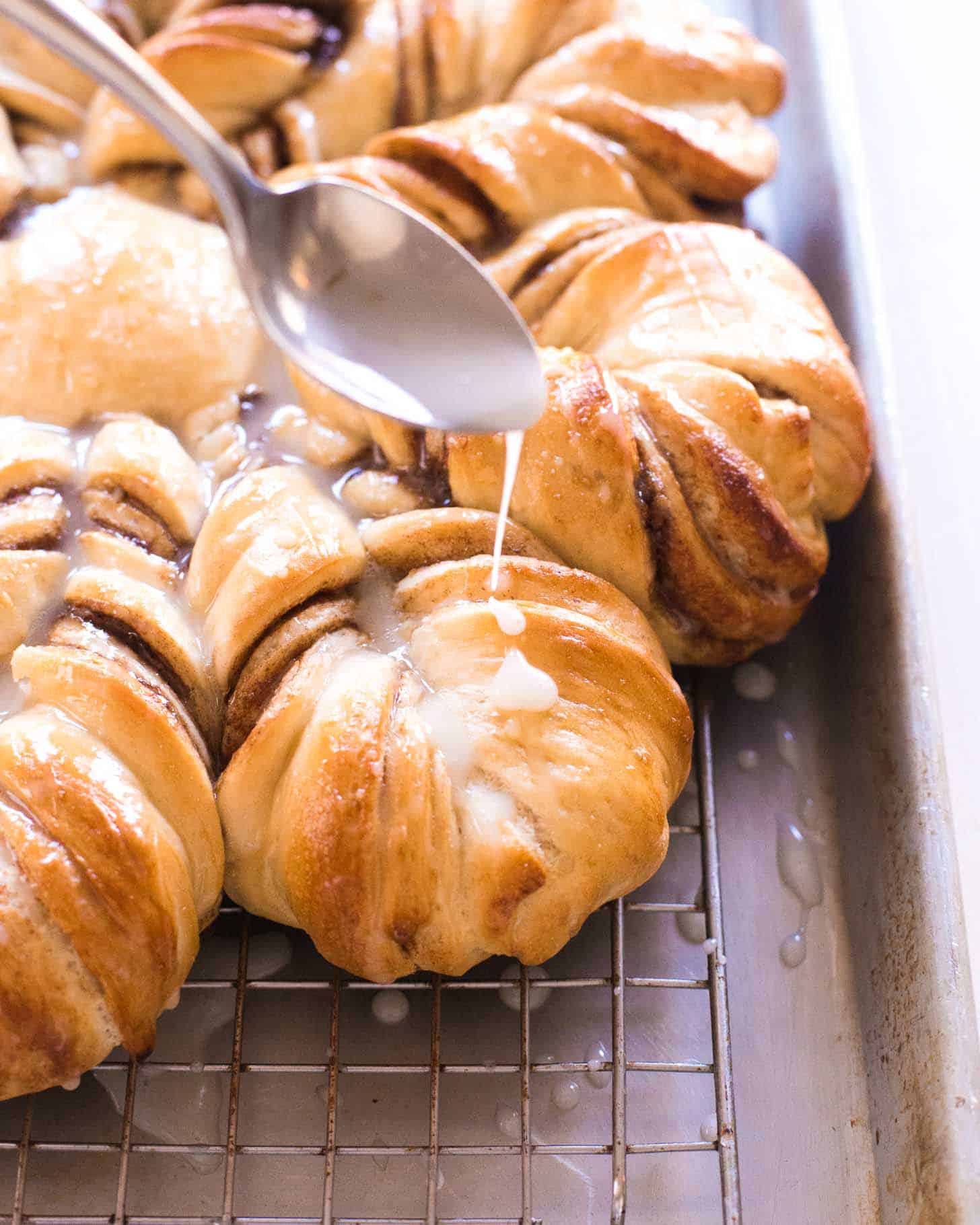 How to Shape Star Bread

Shaping this bread isn’t hard, but photos tell it best.

Note: The day I was photographing this, the food blog gods were smiling and my dough rolled into perfectly round circles. In all other tests, I rolled out wonky lopsided circles. The finished bread looked great either way. Don’t sweat it if it doesn’t look perfect. 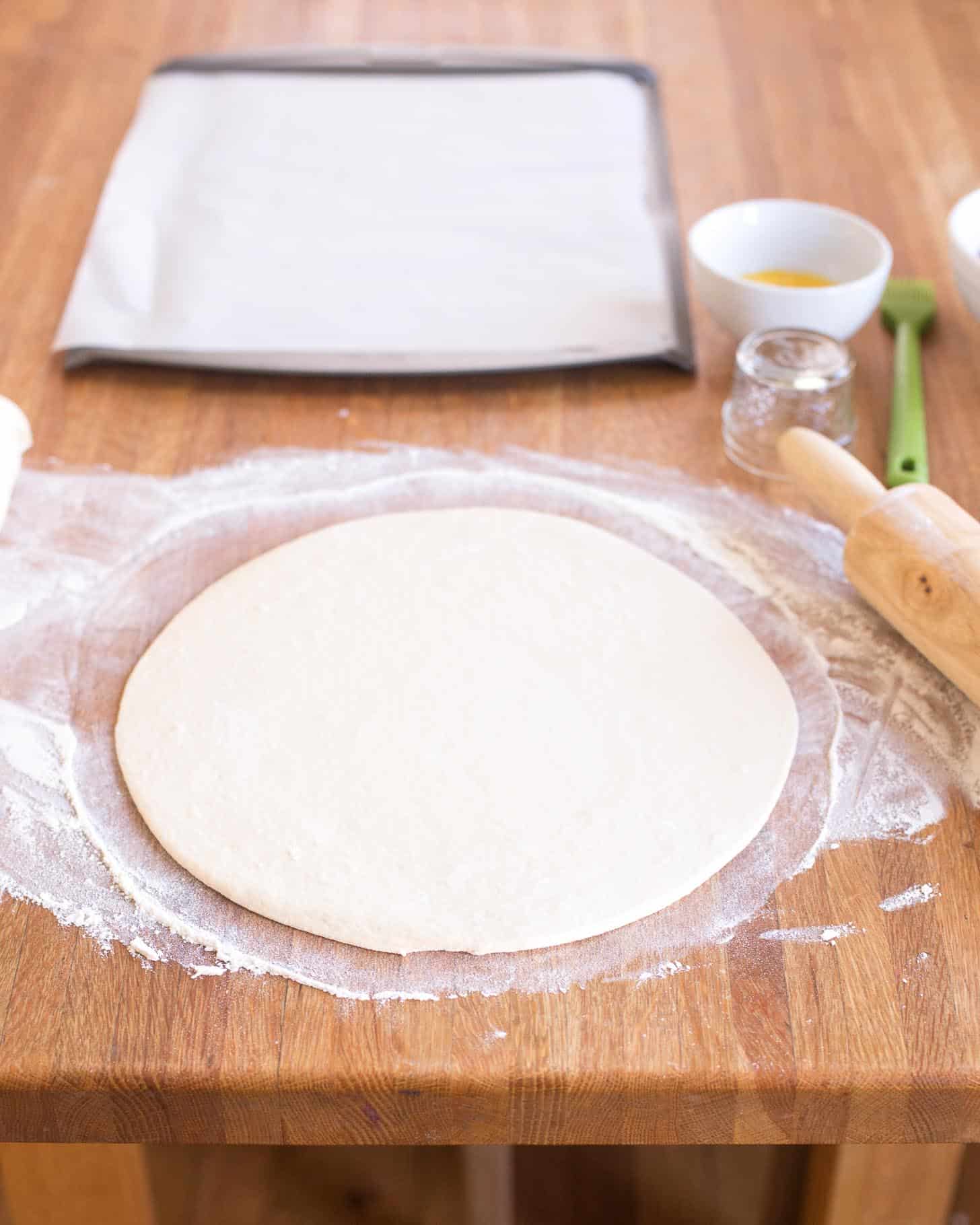 The dough circles should be about 12 inches across. Use a ruler or the long edge of a standard sheet of paper (11 inches) as a guide. 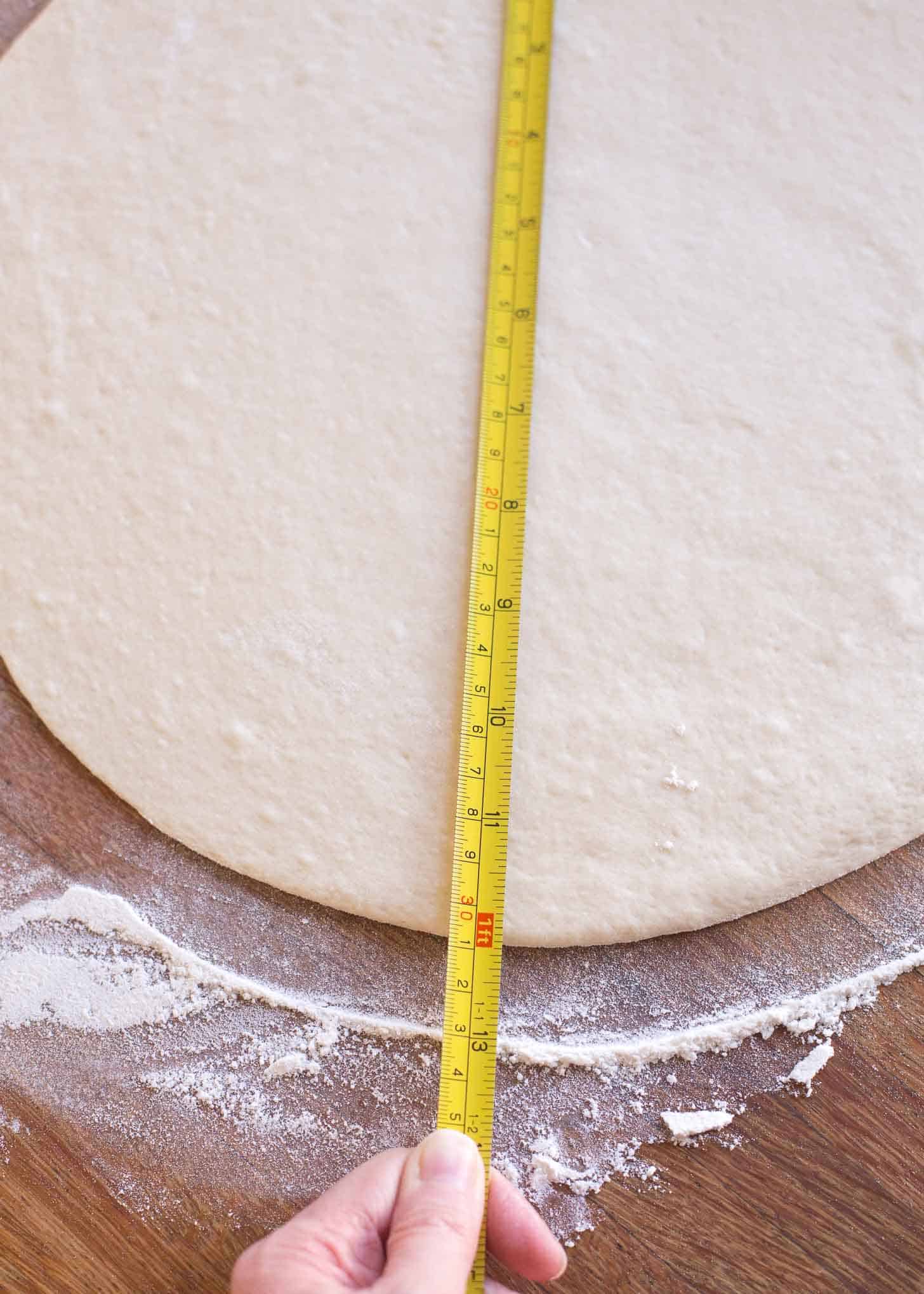 Transfer the first dough circle to a parchment-lined sheet pan. Brush with butter. 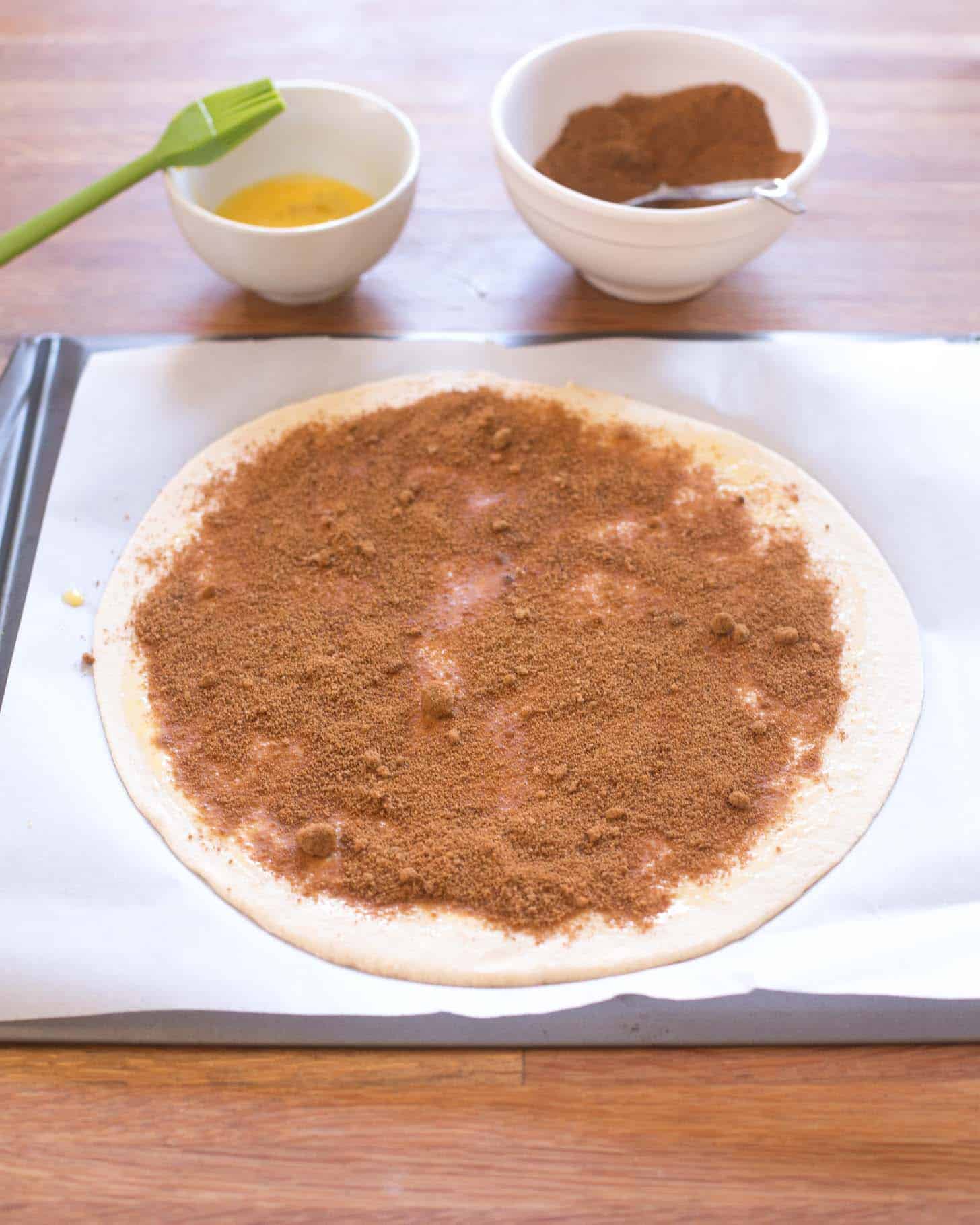 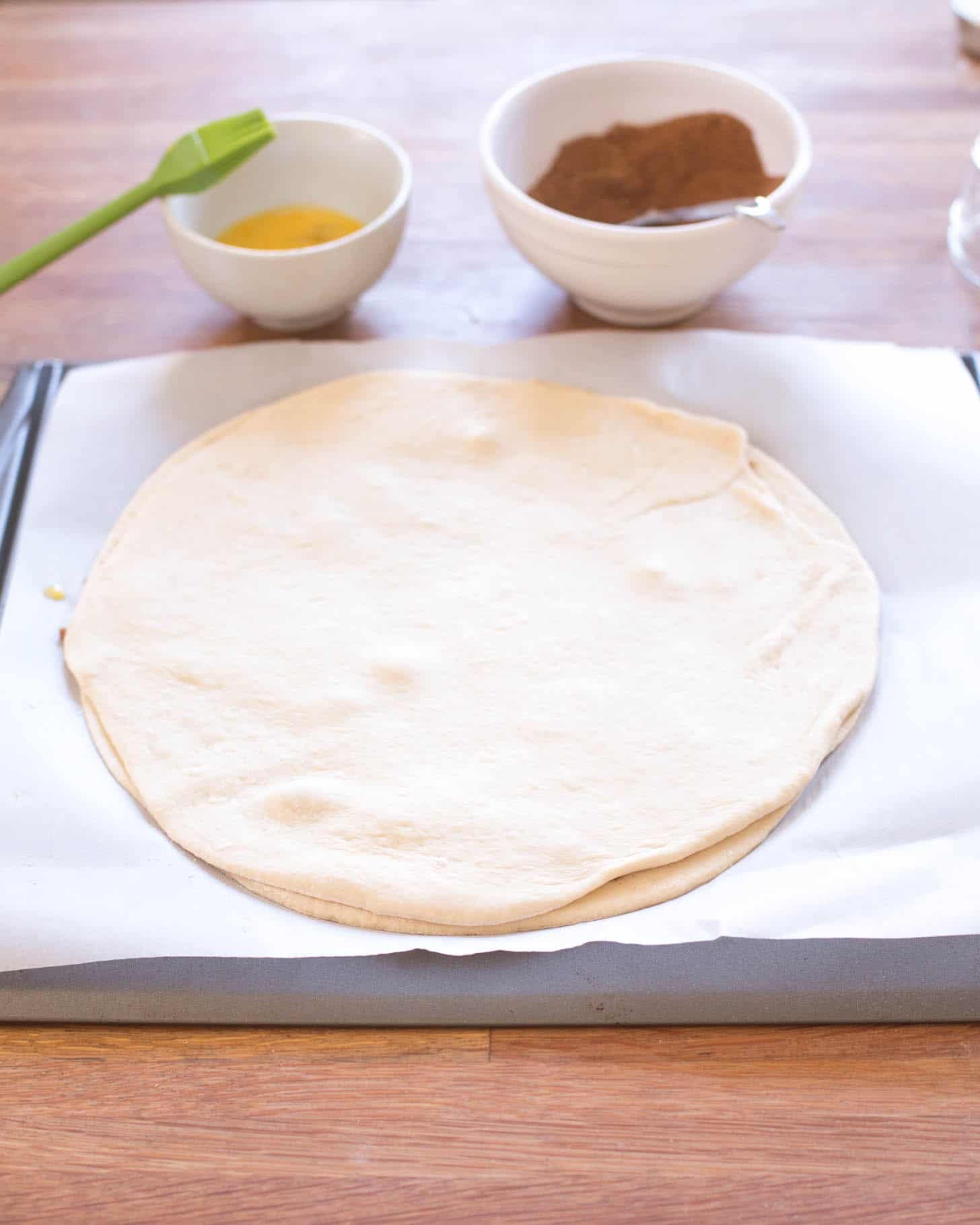 Finish with a bare piece of dough on top. Place a small bowl in the center to act as a guide for shaping the star. 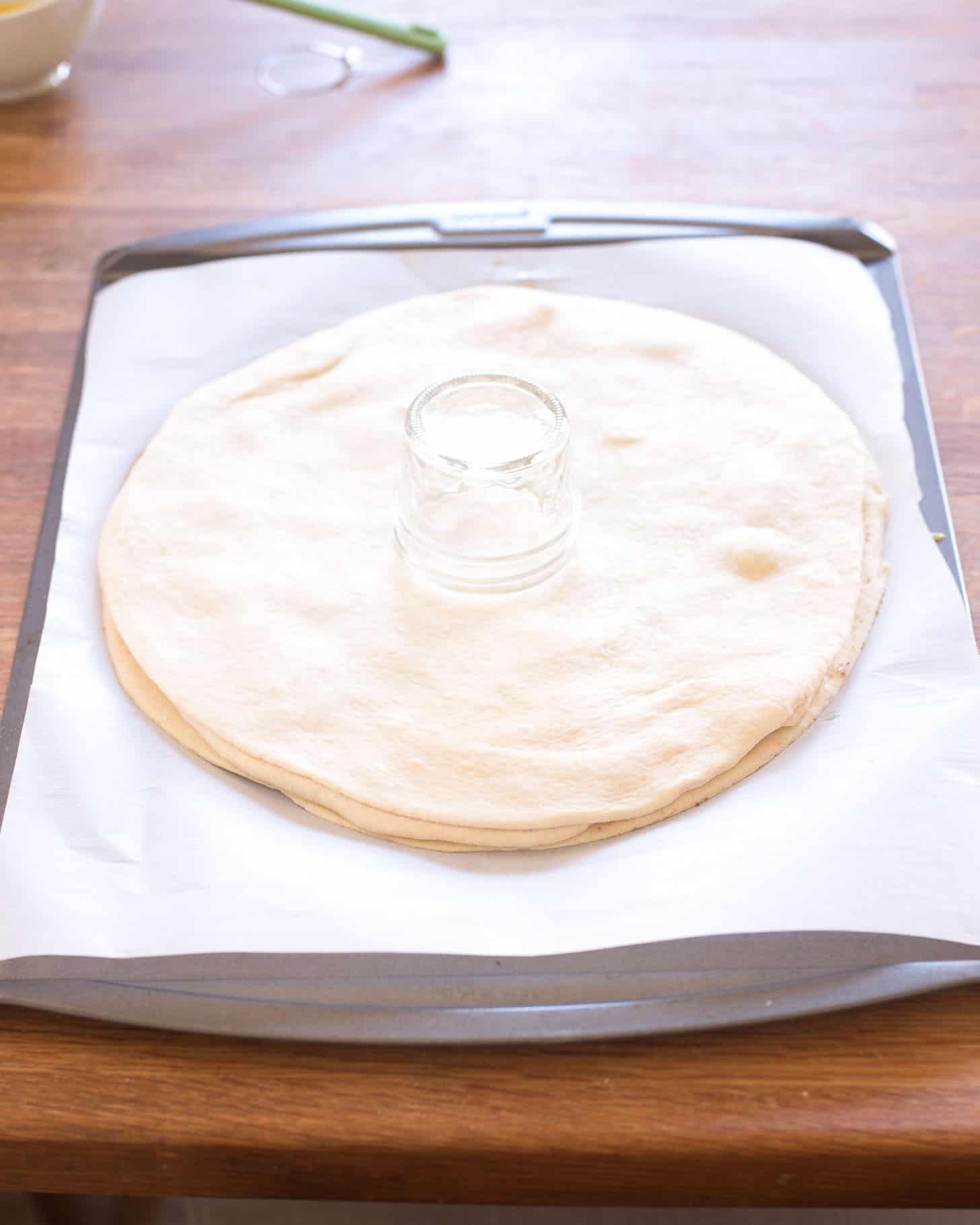 Make 8 small slits in the dough. 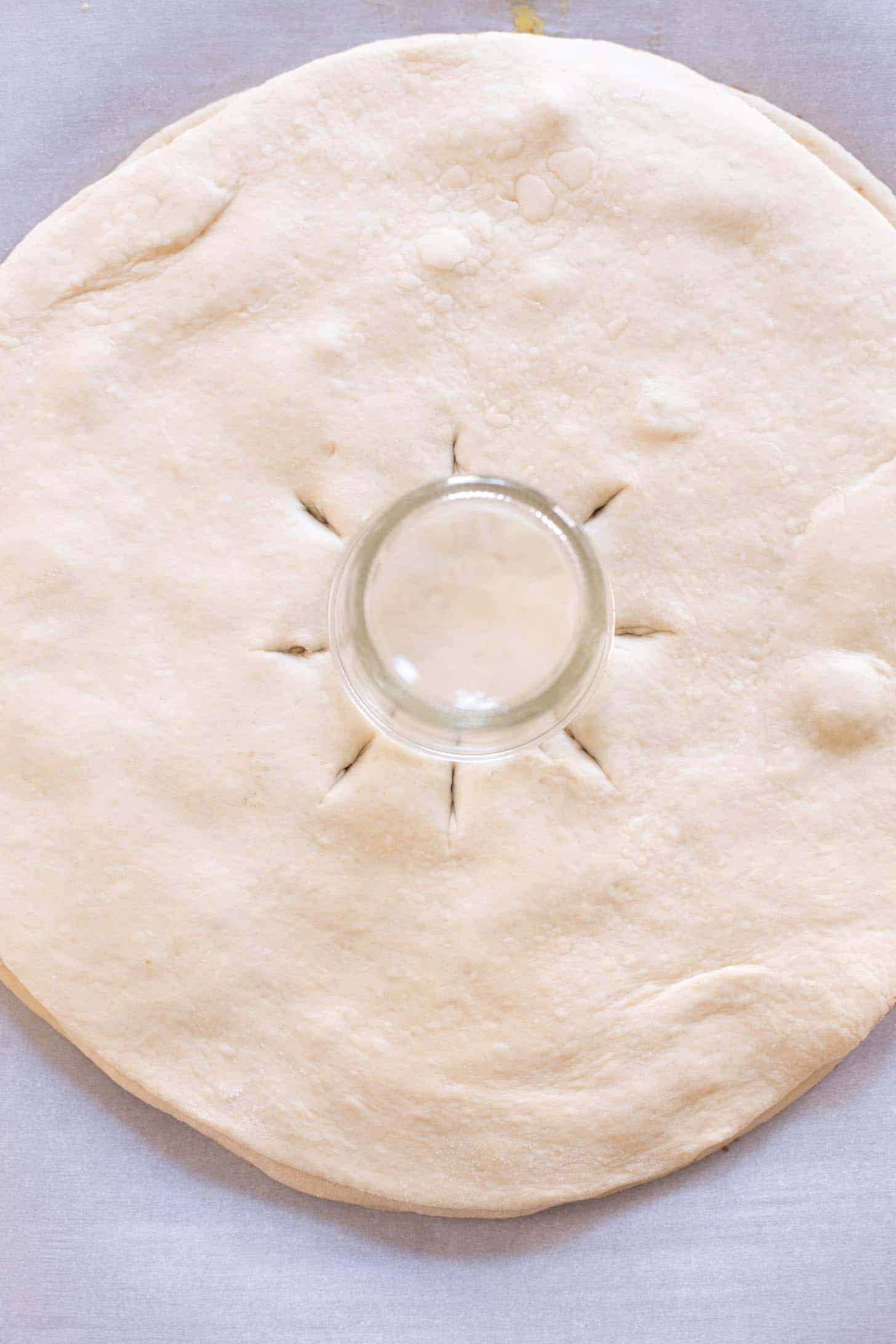 And then make 8 more small slits between those (for a total of 16 slits). Looks like the sun. If the sun was filled with butter, cinnamon and sugar. 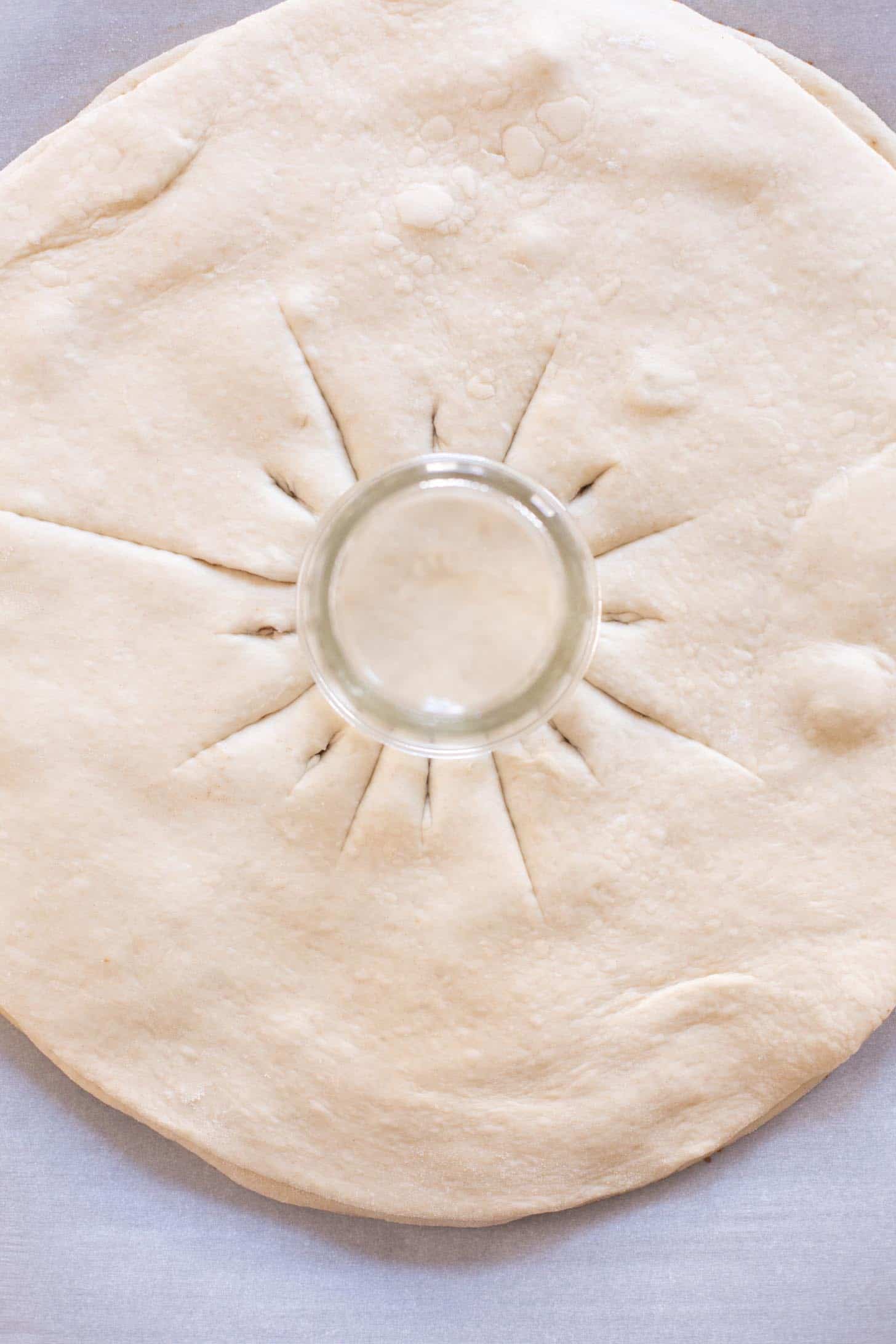 Use a serrated knife to slice through all of the layers to form 18 strips of dough. It’s already pretty, but not done yet. 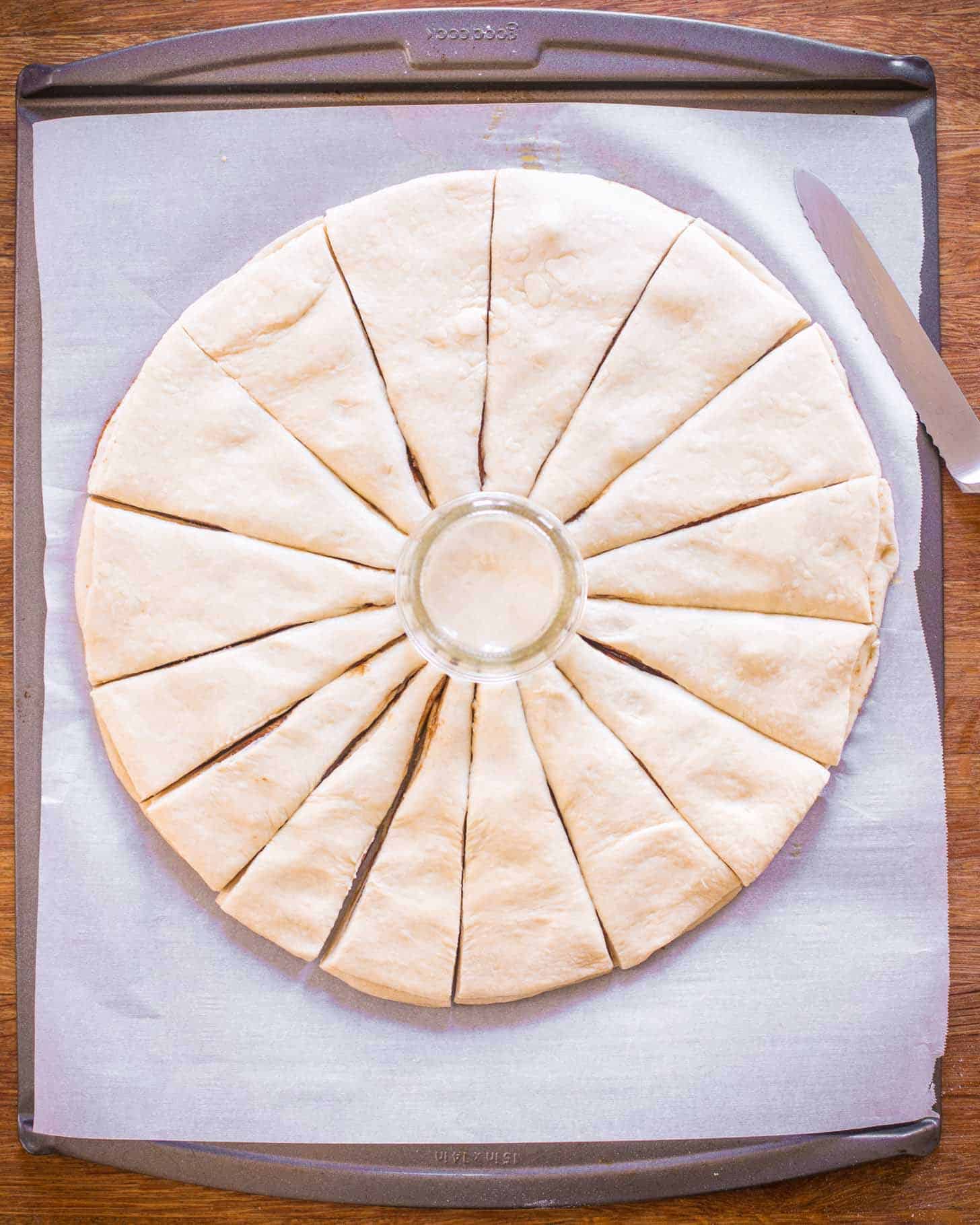 Using both hands, take two adjacent strips and twist them outwards, revealing the layers inside. 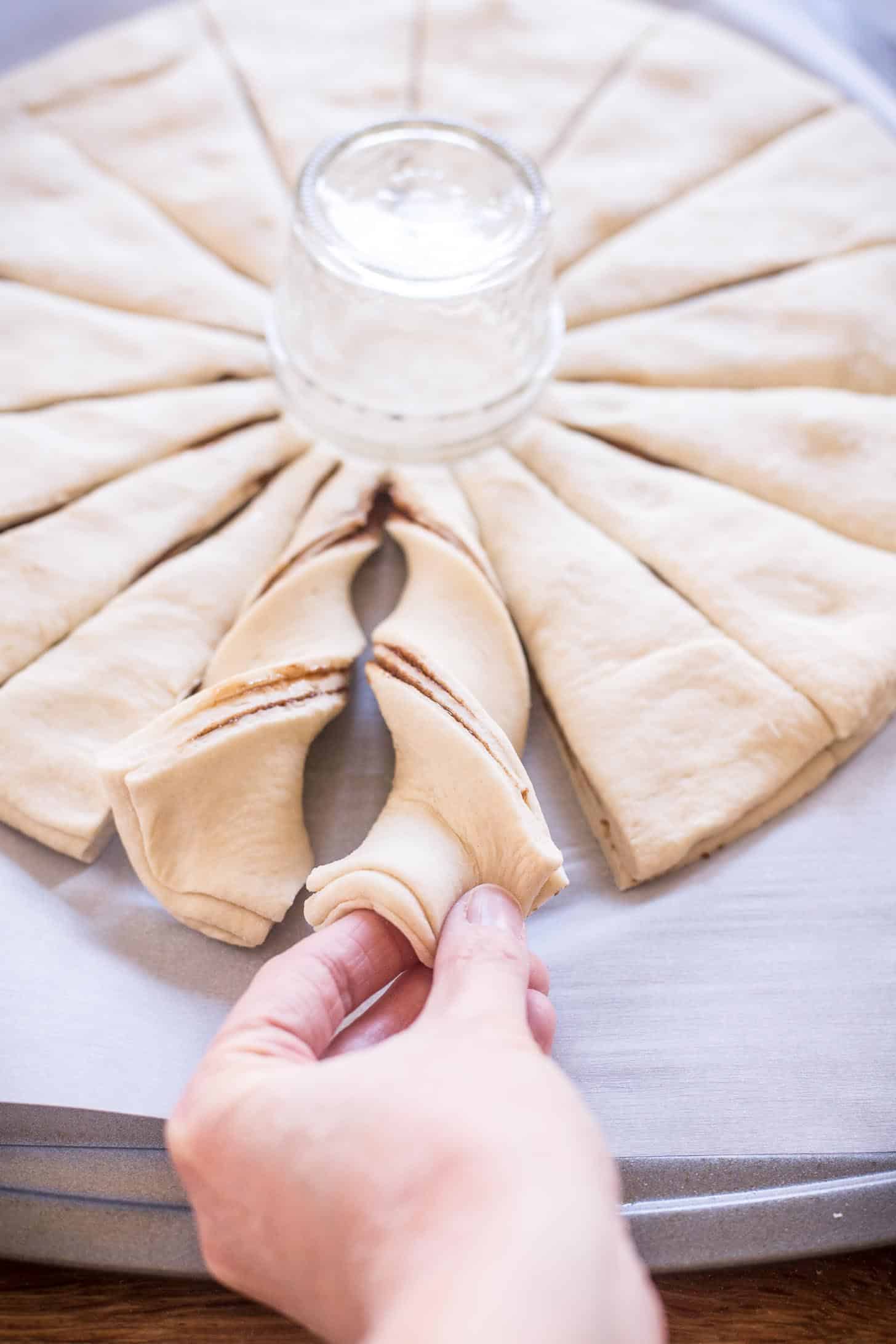 Pinch the strips together and tuck them under. Repeat all the way around the bread, forming a star! 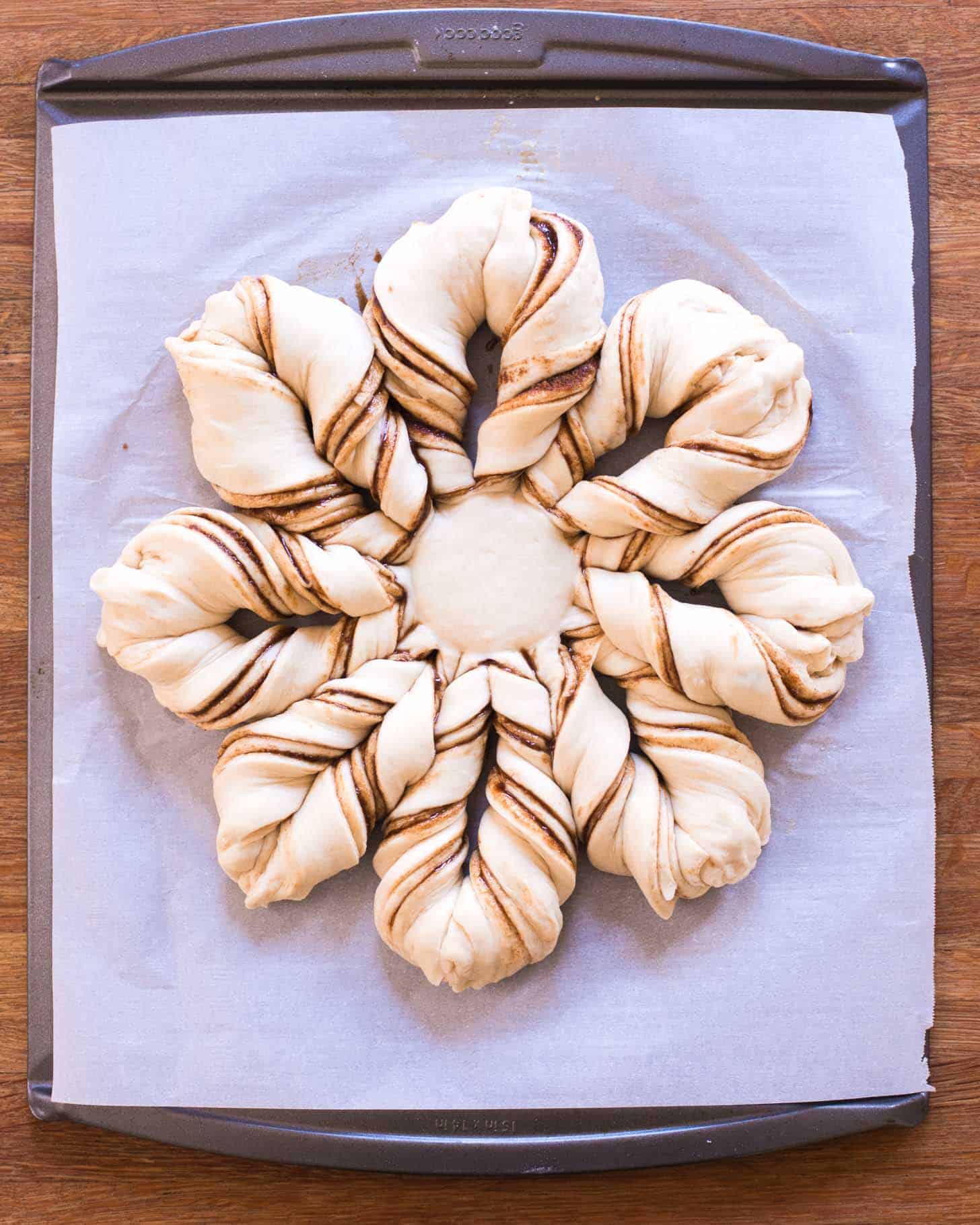 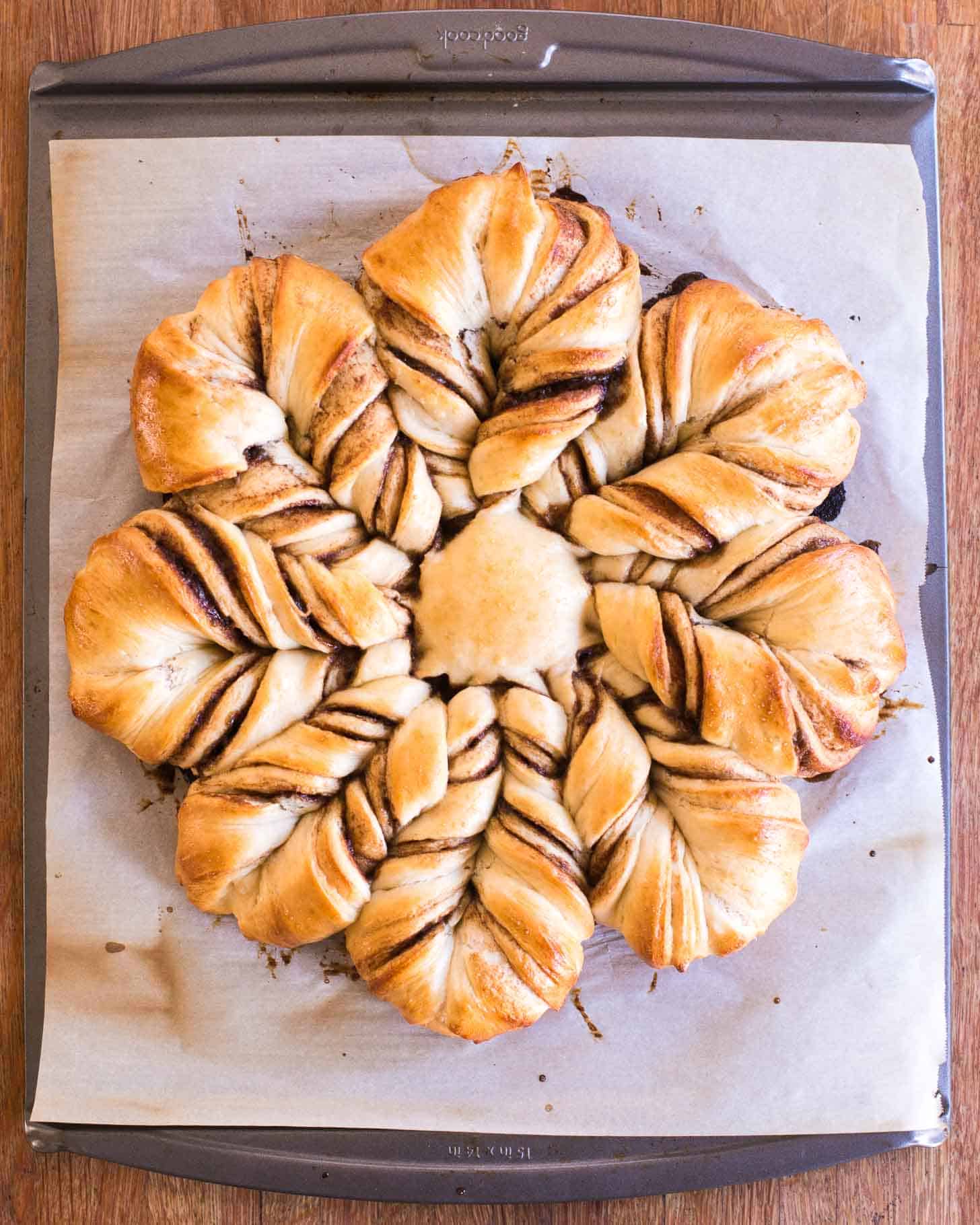 There you go! Grab a slice and stay awhile. 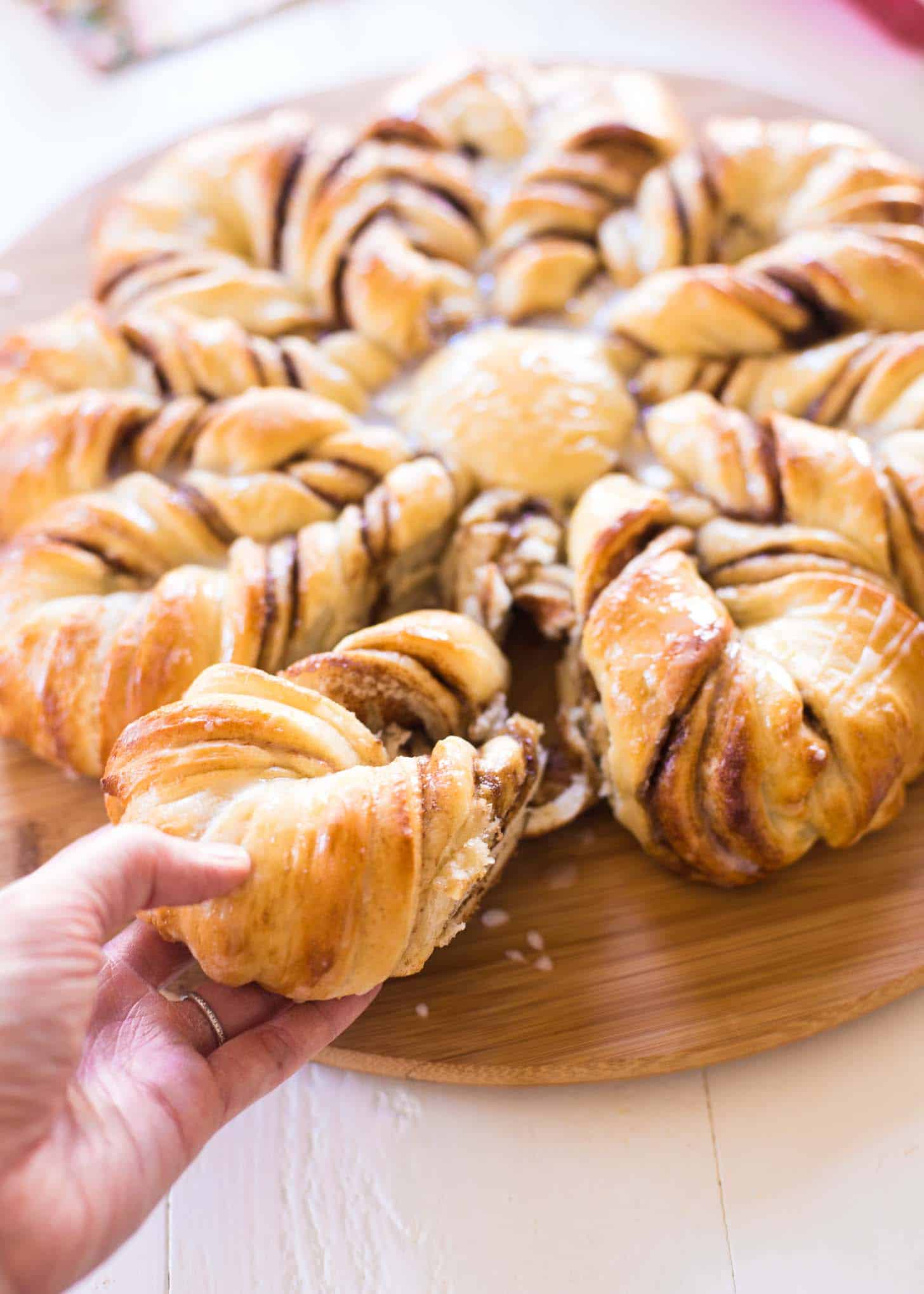 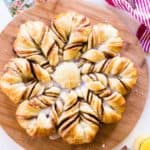 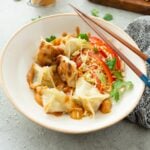 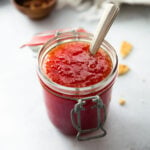 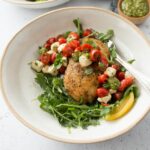 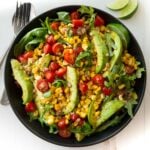