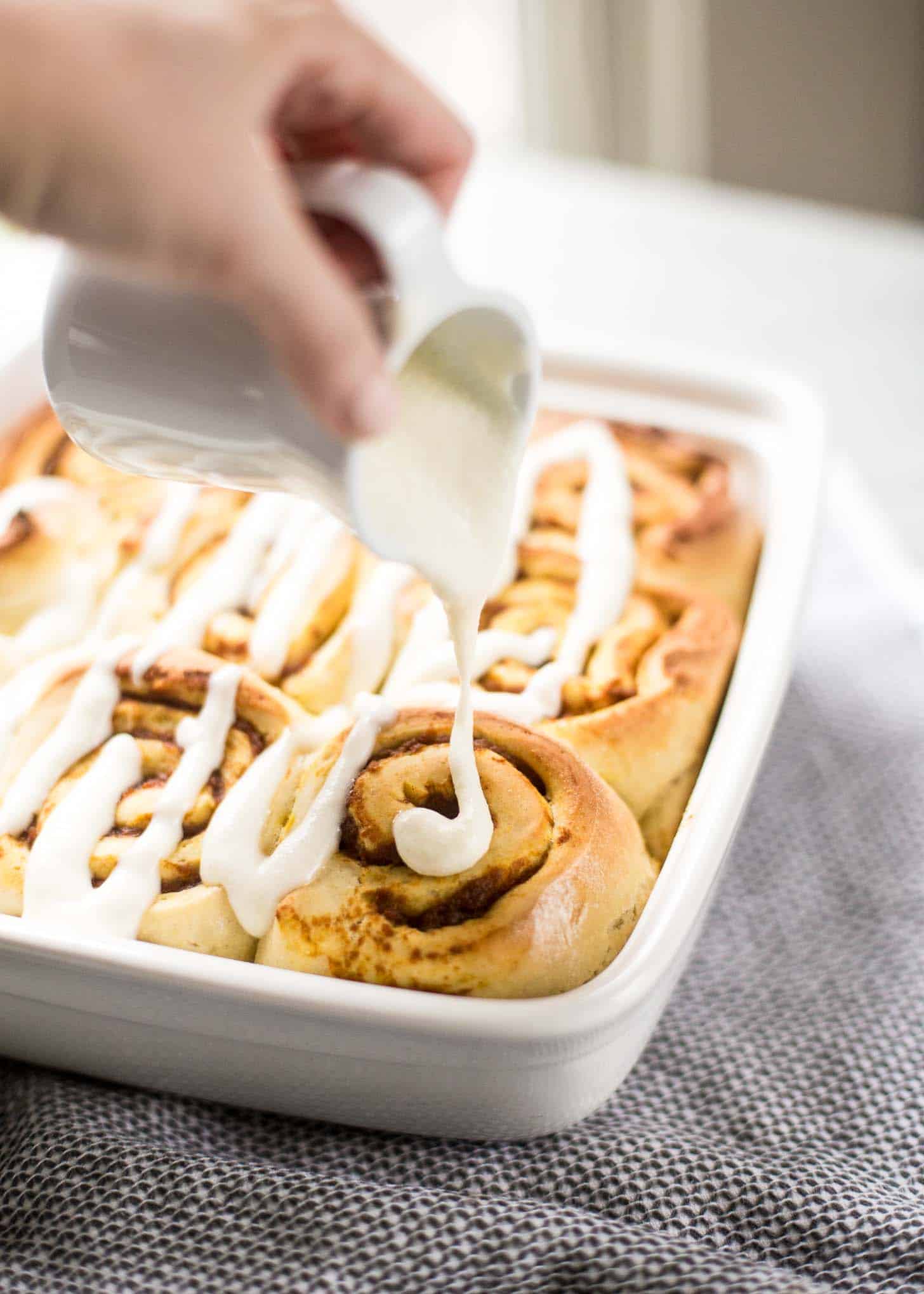 Light and fluffy cinnamon rolls made with a simple spiced dough and filled with pumpkin. Top them with sweet maple icing for a breakfast that tastes like a cozy fall morning.

I get a thrill from cracking into the first can of pumpkin puree of the fall season. Even though I’m usually testing recipes ahead, that bright orange puree is always an undeniable indication that fall is coming. 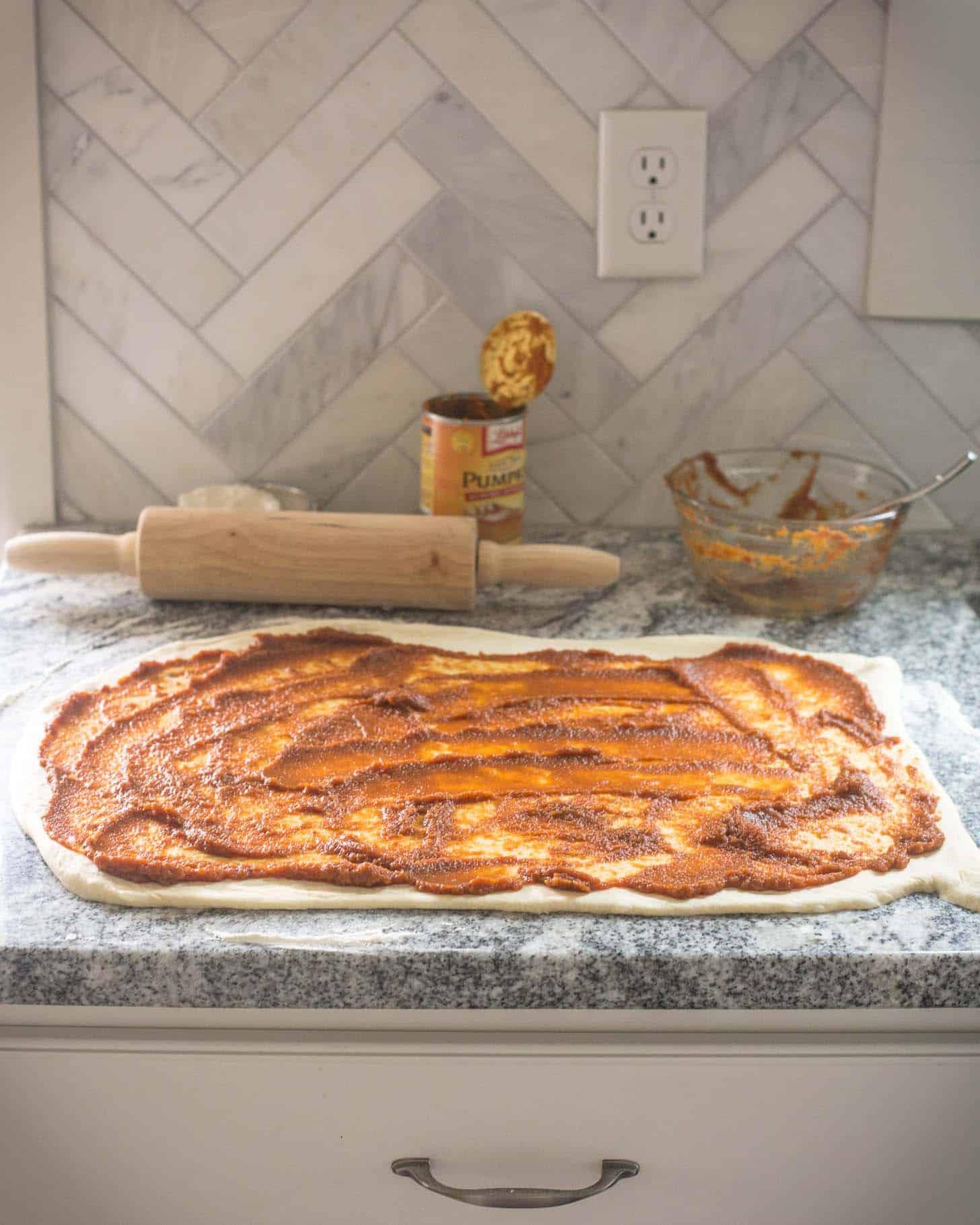 Around our house, the arrival of cooler weather means earlier dinners of cozier foods - soups and stews and chili. It also means slower mornings when we’re all at home. Staying in warm pajamas well into the day, and sipping coffee or hot chocolate while we bake. 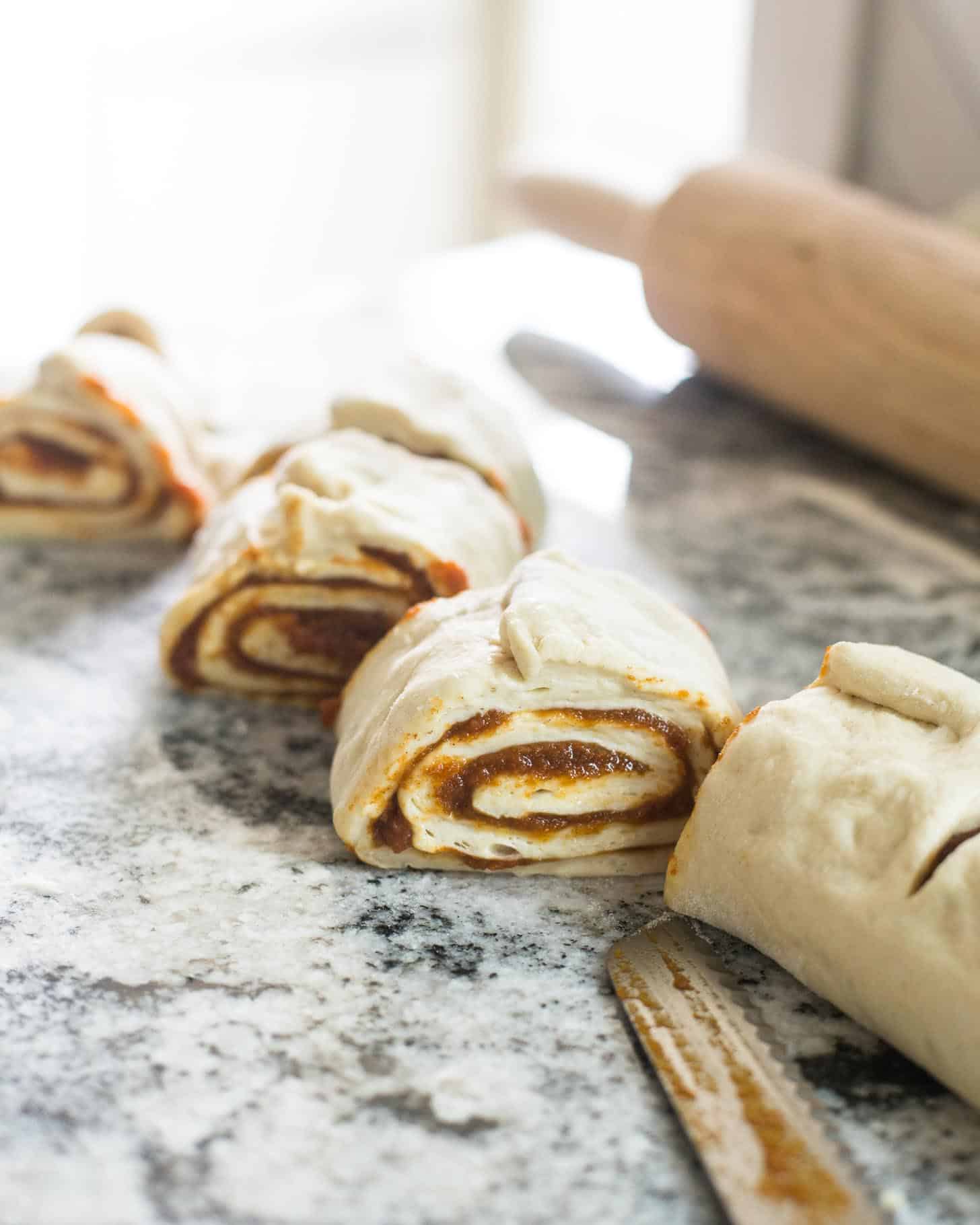 Even cinnamon rolls that come together as quickly as these do (an hour or so) are more of a mid-morning brunch for us. The girls need a quick fuel-up of oatmeal when they first wake up and then are happy to stand around the kitchen counter, rolling out dough and stirring together this fragrant filling of sugar, pumpkin puree, and cinnamon. 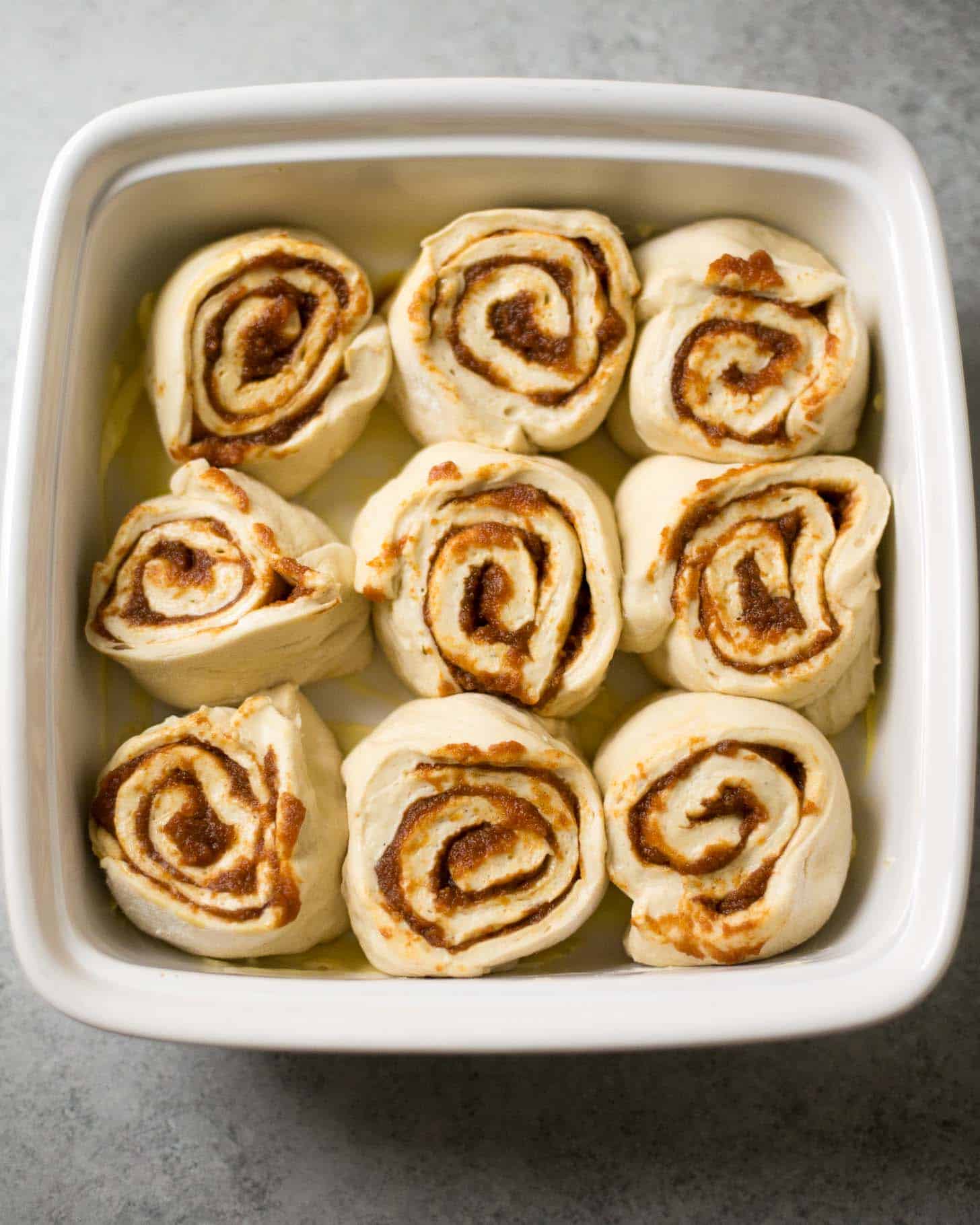 These cinnamon rolls are pretty classic but have the addition of a few fall flavors. The light and fluffy dough gets a pinch of pumpkin pie spice which will make the whole house smell amazing as it bakes. The filling is lightly sweet and distinctly reminiscent of a super creamy pumpkin pie. 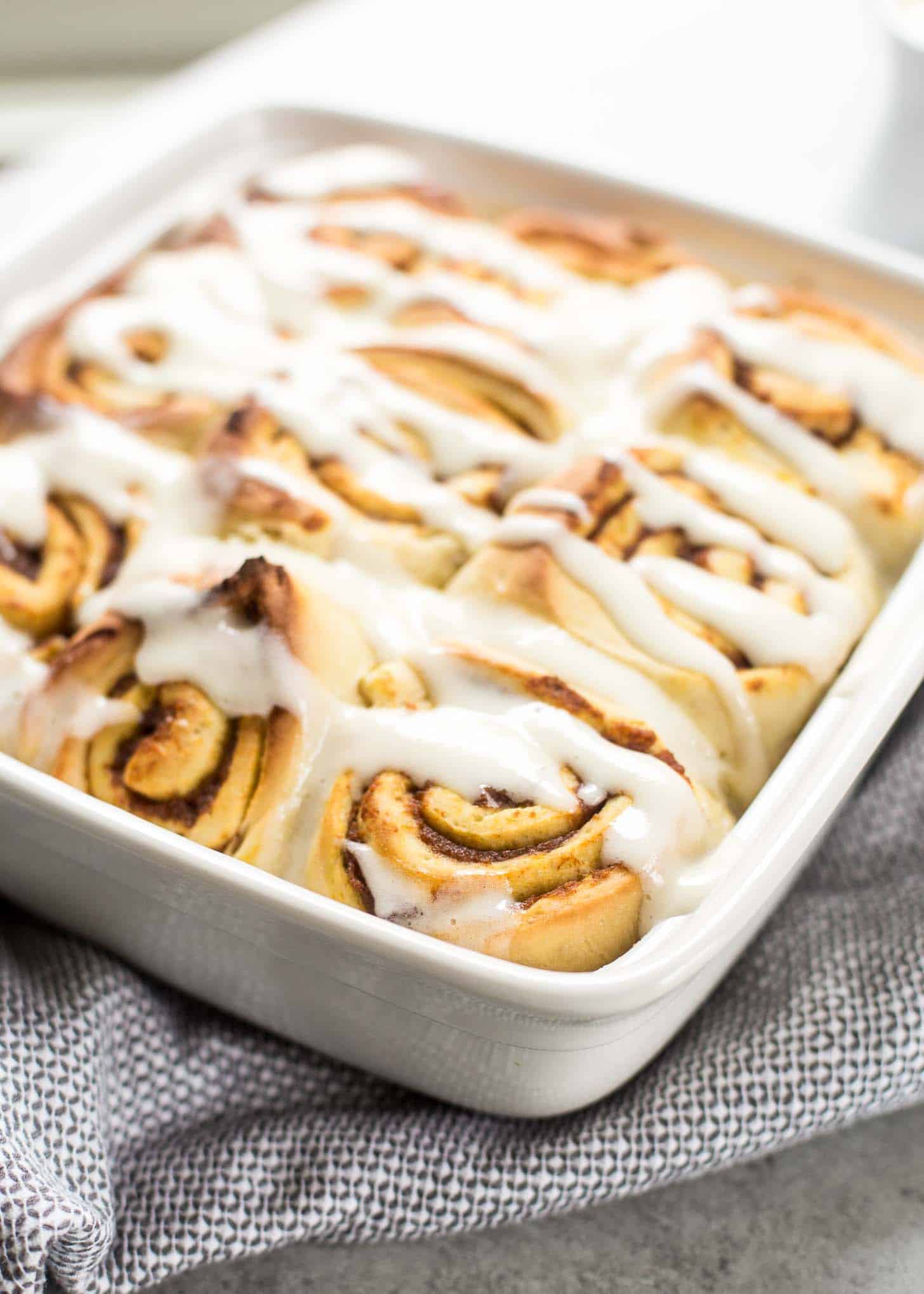 Top it all with maple-flavored cream cheese icing and you’ll see why these cinnamon rolls absolutely deserve a place at your fall breakfast or brunch table. 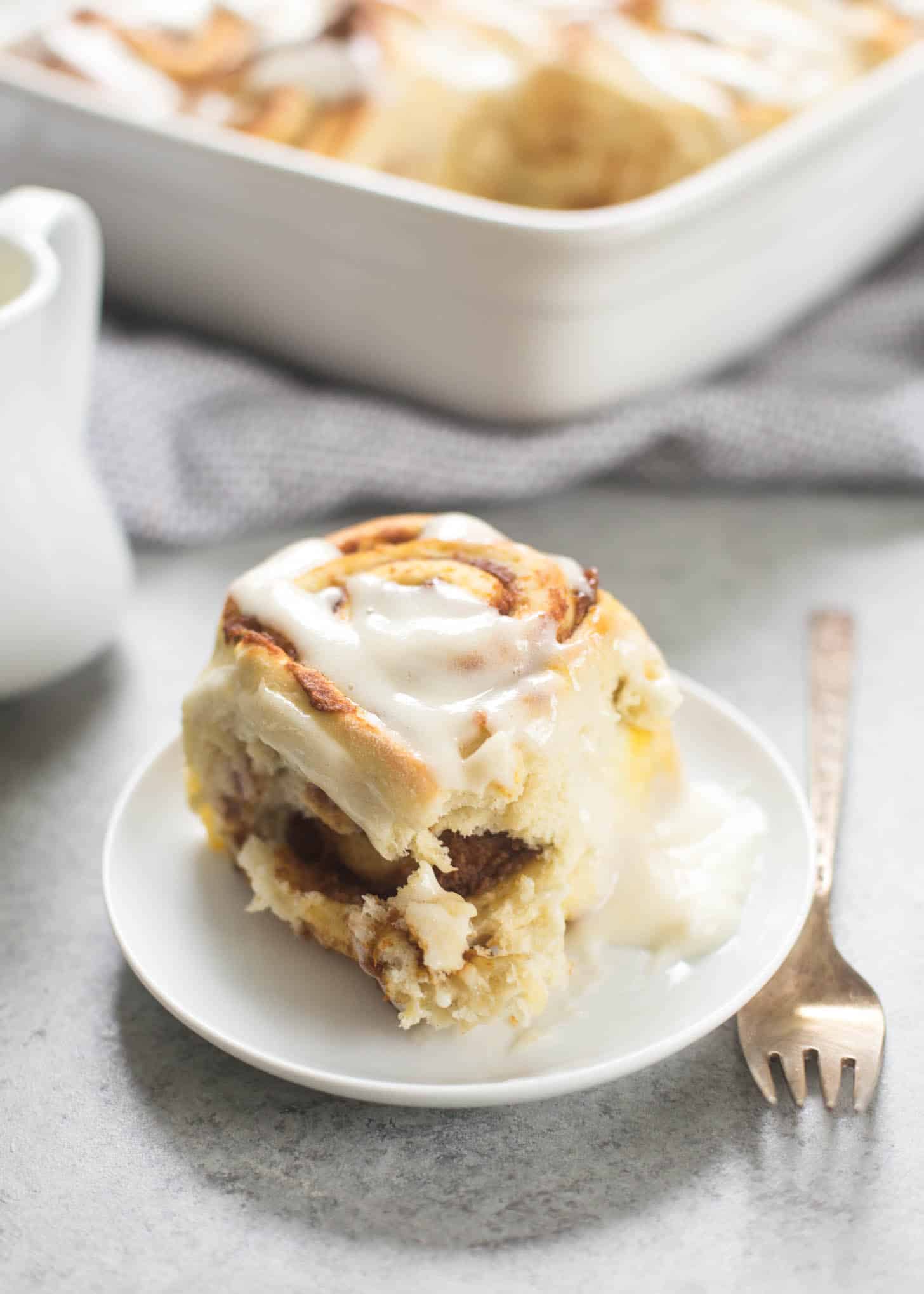 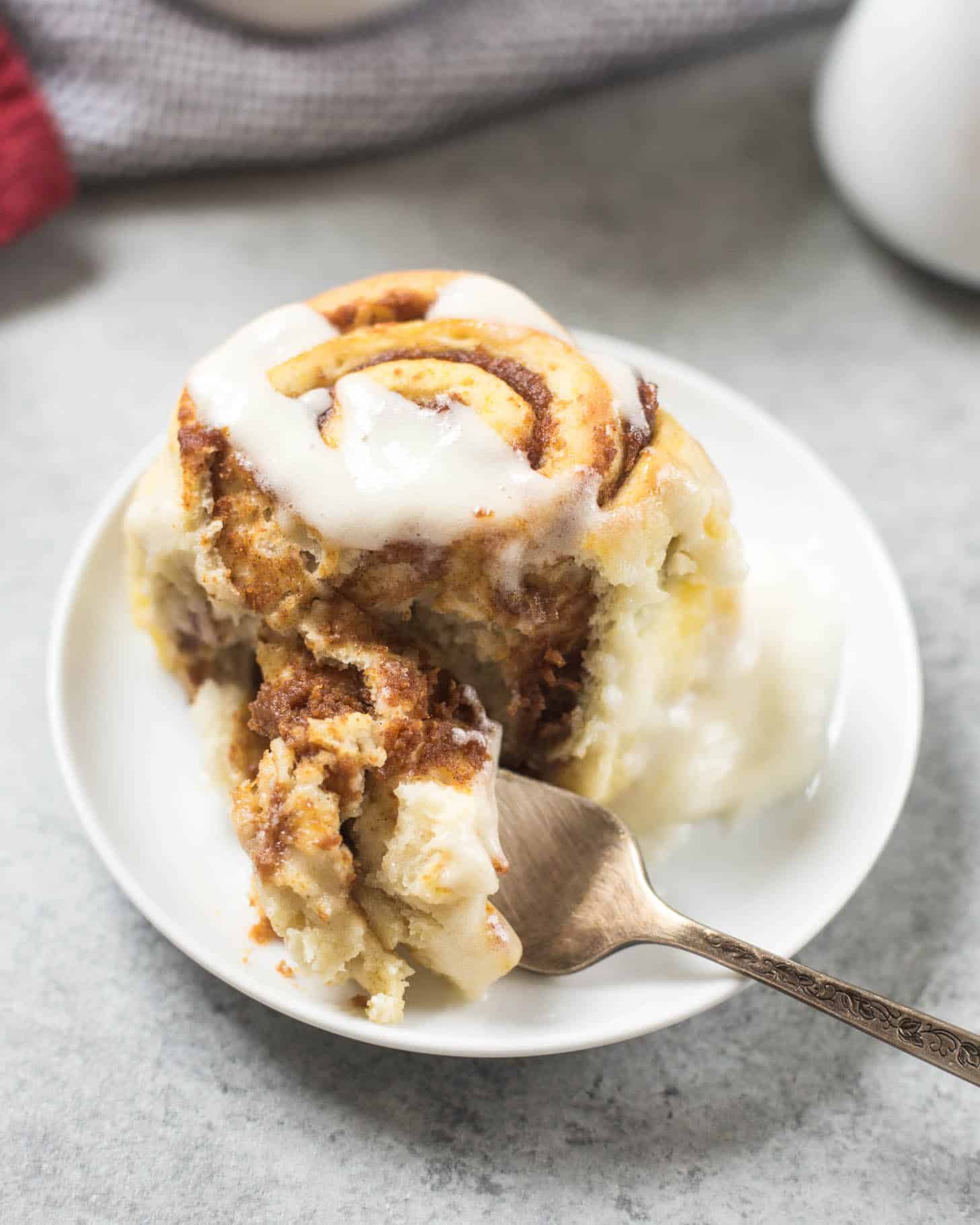 Some Other Delicious Breakfast Recipes 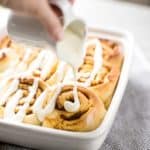 I always use Saigon cinnamon in my cinnamon rolls. It gives them maximum cinnamon flavor, but regular cinnamon works just fine.

Speaking of brisk fall mornings and hot chocolate...here we are having a little hot chocolate date at Whole Foods yesterday. (Not shown = baby June fast asleep in the stroller.) 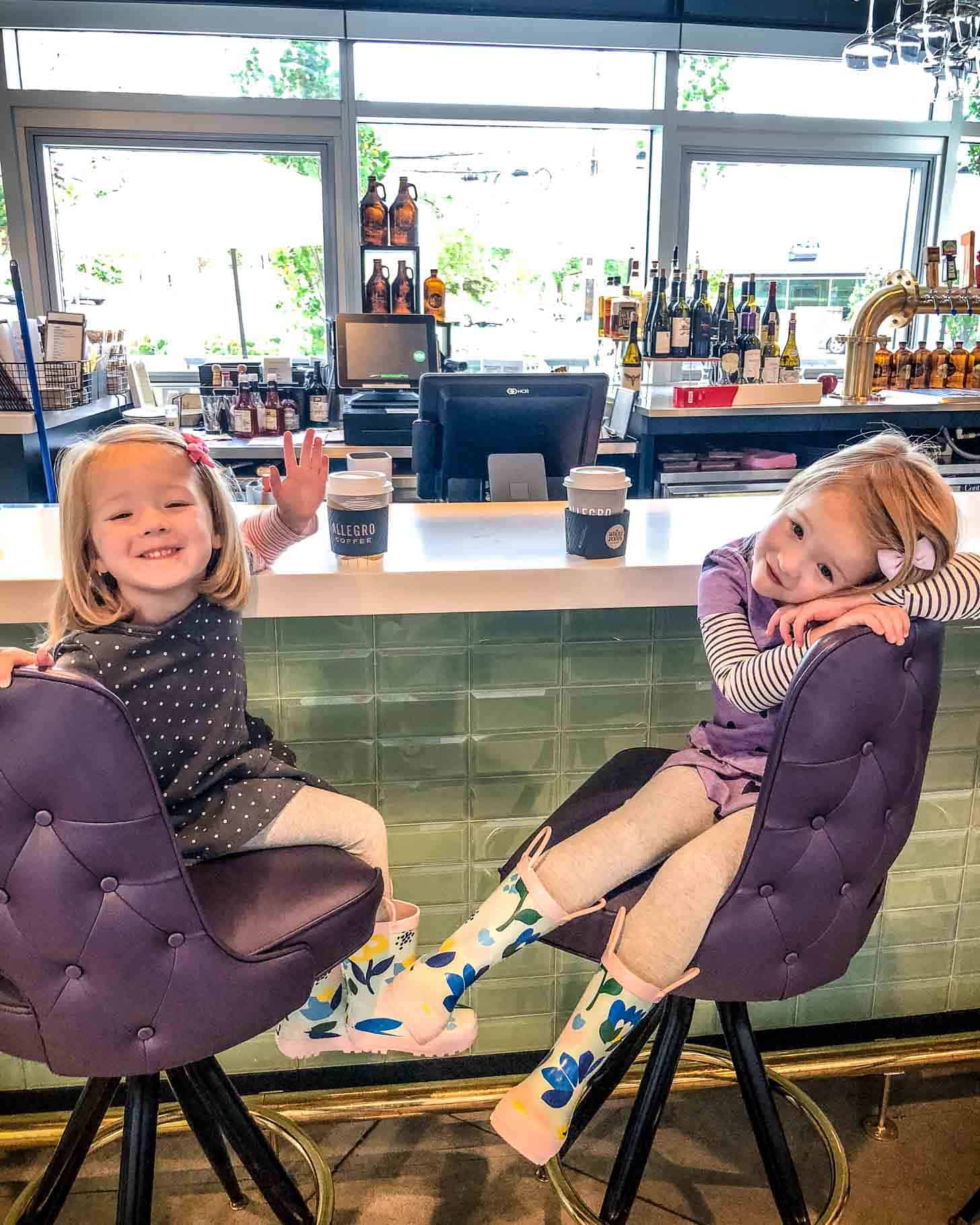