These Crispy Skillet Hash Browns with Fried Eggs and Arugula start on the stove and end in the oven so that both the top and bottom get extra crispy.

Yesterday I told my husband that I "pinned" a recipe from a magazine.  What I really meant was that I tore the page out and stuck it on the fridge.  Is that a sign of too much Pinterest-ing? 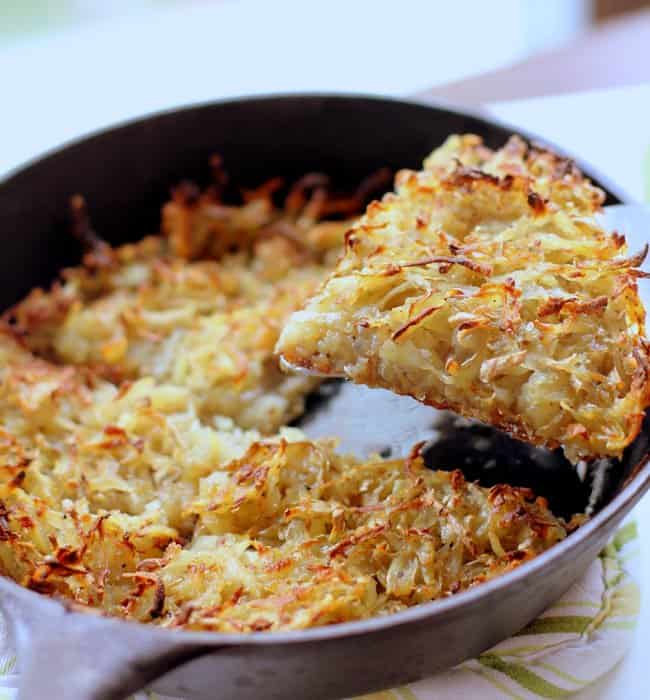 I have been seriously excited to share this recipe with you.  There's nothing complicated or "new" about great hash browns that are tender inside and perfectly crisp on the outside, but I've thought about this dish more times in the past couple weeks than any other.  It seemed particularly appropriate for the week leading up to Father's Day.  We always seem to think of brunch as a Mother's Day thing, but shouldn't fathers get brunches too?

Maybe it's my husband's love of anything that involves crispy potatoes or the nod to campfire cooking that comes from making these crispy potatoes in a cast iron skillet, but this dish jumped out at me as Father's Day worthy.

It's worthy of just about any other day as well.

The secret to getting these potatoes extra crisp is 1) to squeeze as much liquid out of the grated potatoes as you can manage before you begin and 2) to start the potatoes on the stove to crisp the bottom and end in the oven to crisp the top.  The dish serves four cooked in an 8-inch skillet, but you can easily adjust up to serve more people by using a bigger pan and cooking it for a few minutes longer in the oven. 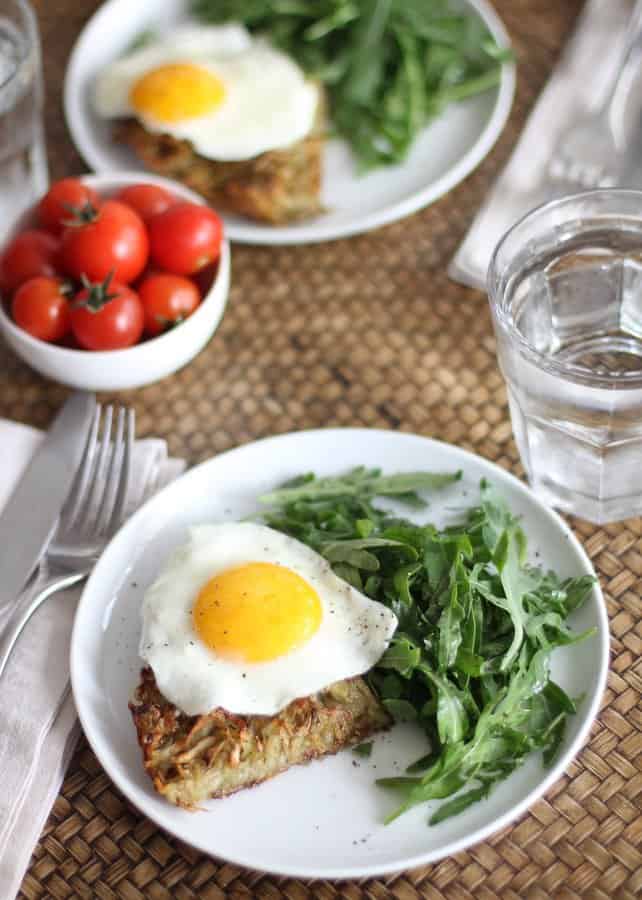 Although I won't be making him breakfast this year, I will be seeing my dad for dinner on Sunday!  I'll be jet-lagged and bleary-eyed, but I'll be back in Kansas.

Anyone else planning to cook something for Father's Day?? 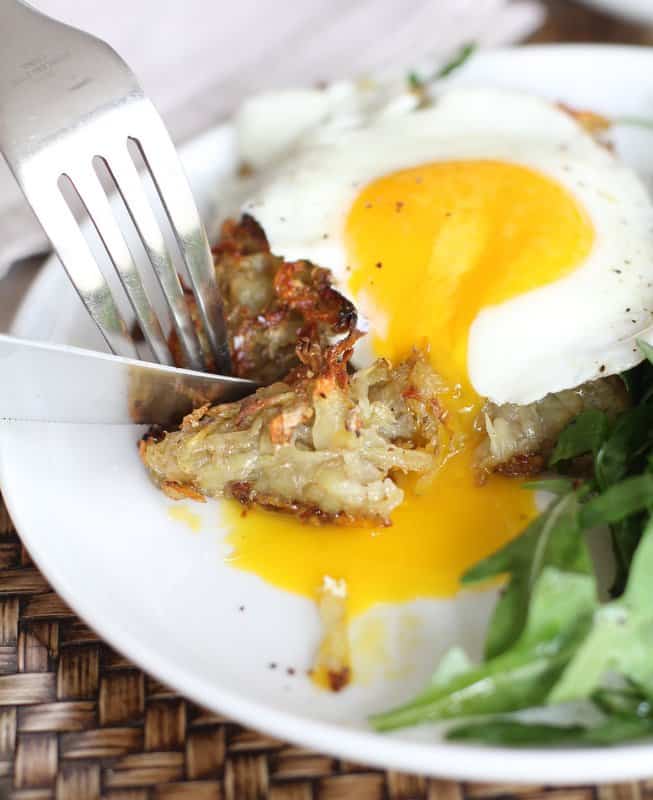 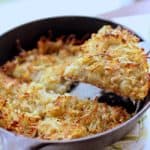 Serve, as shown, topped with fried eggs and with an arugula salad lightly tossed in olive oil, salt and pepper on the side. This is great for breakfast or brunch, but is simple enough for a weeknight dinner.