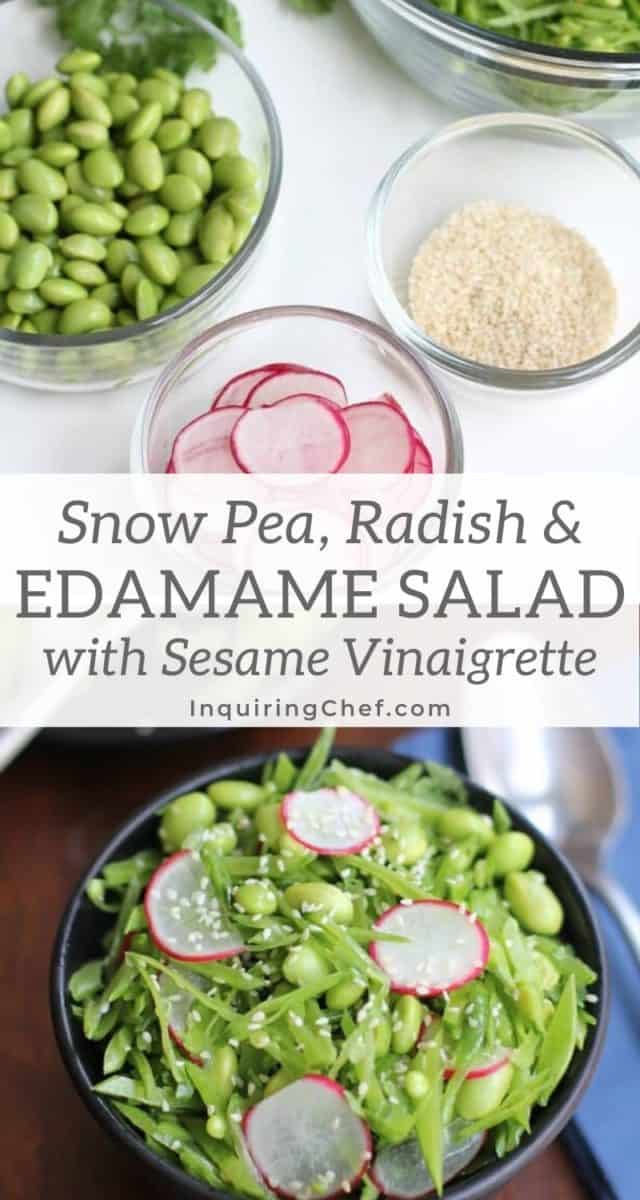 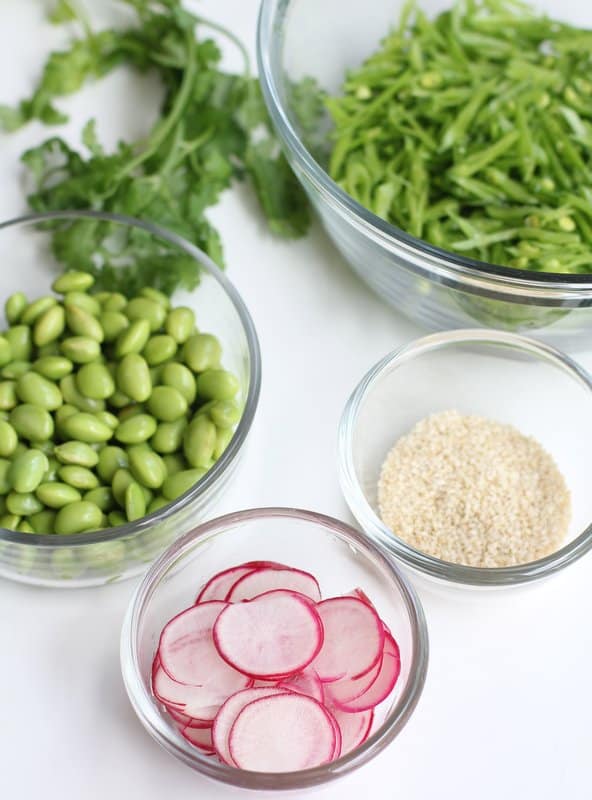 Snow peas are thinly sliced on the diagonal to provide extra crunch and texture in this Snow Pea, Radish and Edamame Salad with Sesame Vinaigrette.

Two things were inevitable today.  1) I would leave work at the exact moment that the sky opened and poured buckets over the rush hour commute and 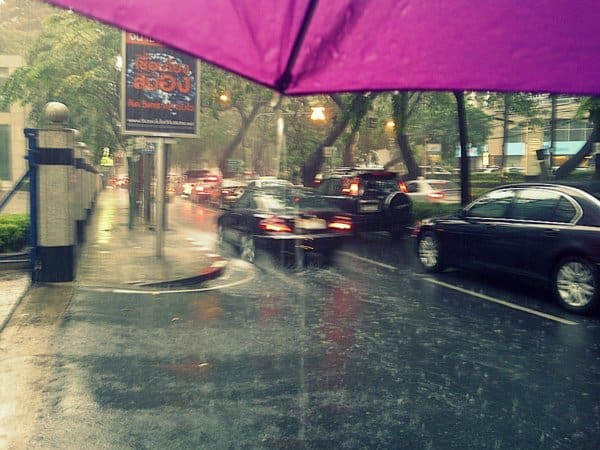 2) we would be having sandwiches for dinner.

Sandwich night has become a near certainty on Thursday nights thanks in no small part to the return of our CSA's weekly delivery of produce, a loaf of bread, and a half a dozen eggs. Sandwich night is also a rainy season tradition.  Frank loves sandwiches - he sometimes says it's his favorite dinner.  On occasion we are more organized and make chicken banh mi, but often we just put out a bunch of toppings and have at it.

Lately, the only thing I've felt strongly about when it comes to sandwich night is that we serve fresh fruit or a bright, colorful salad on the side.  I love this particular combination for the flavors, but also for the bright colors.  (Is there anything more eye-catching than a thinly sliced radish?) 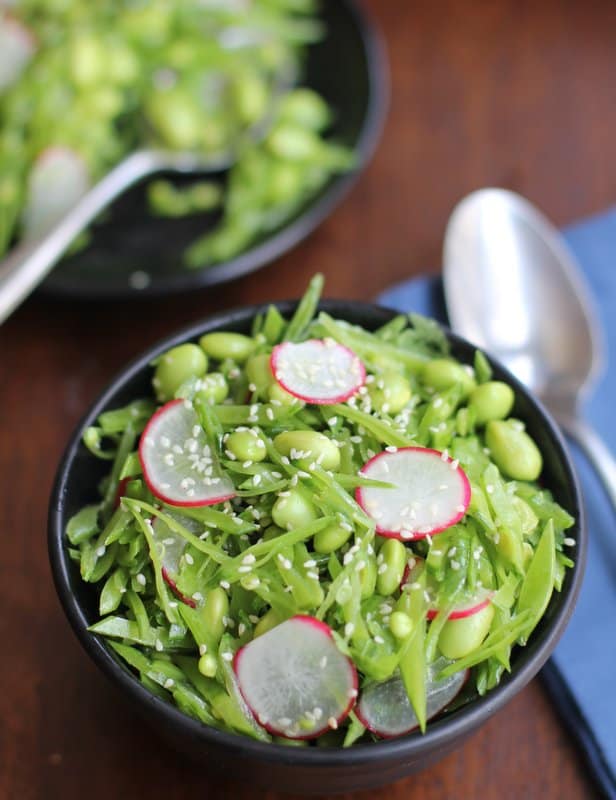 This salad is a rainy Thursday night beauty - it's got a good balance of sweet and tangy with just enough assertive bitterness from the radish to let you know it's there.  Everything about this salad is crisp and fresh, but most importantly, it only takes a few minutes to make.

Bring on the rain and the Snow Pea, Radish and Edamame Salad with Sesame Vinaigrette. 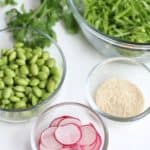