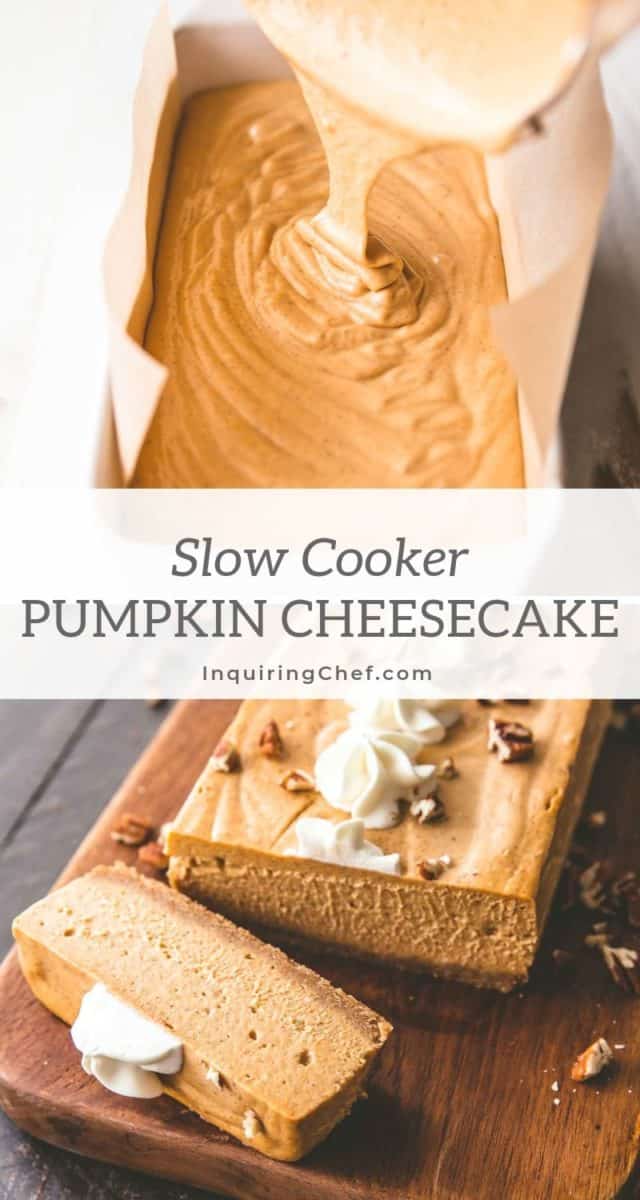 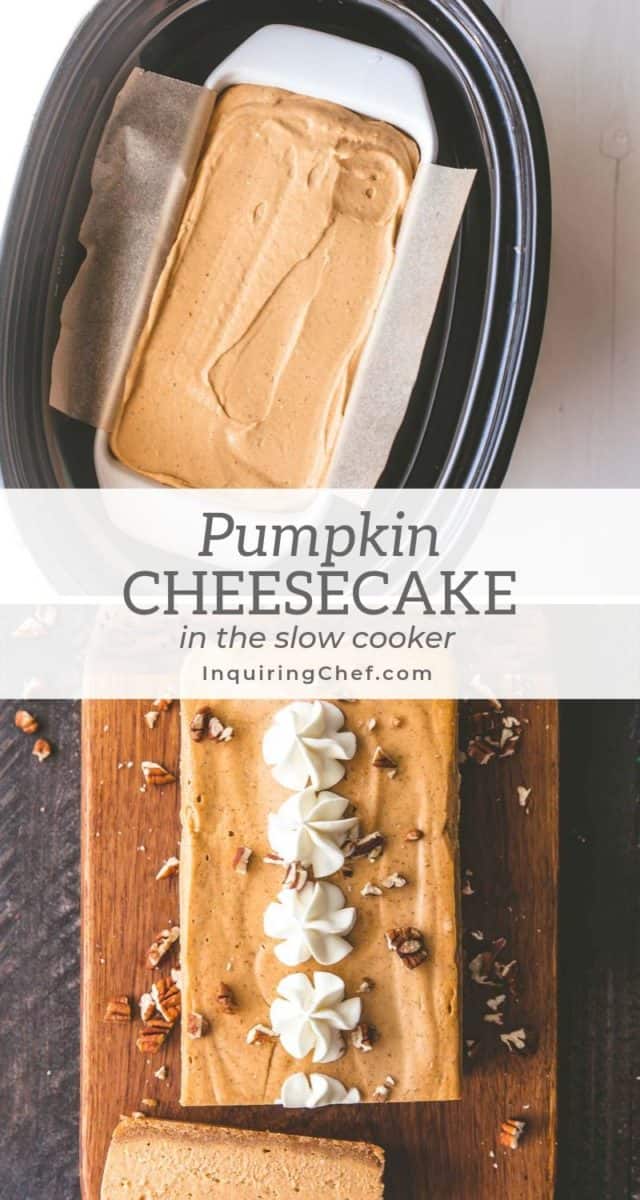 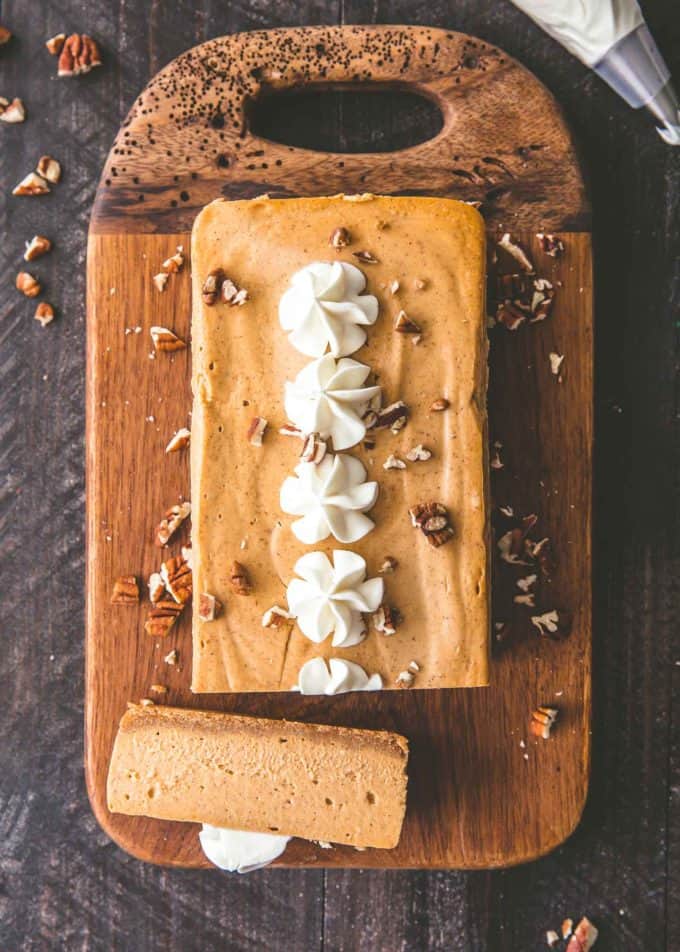 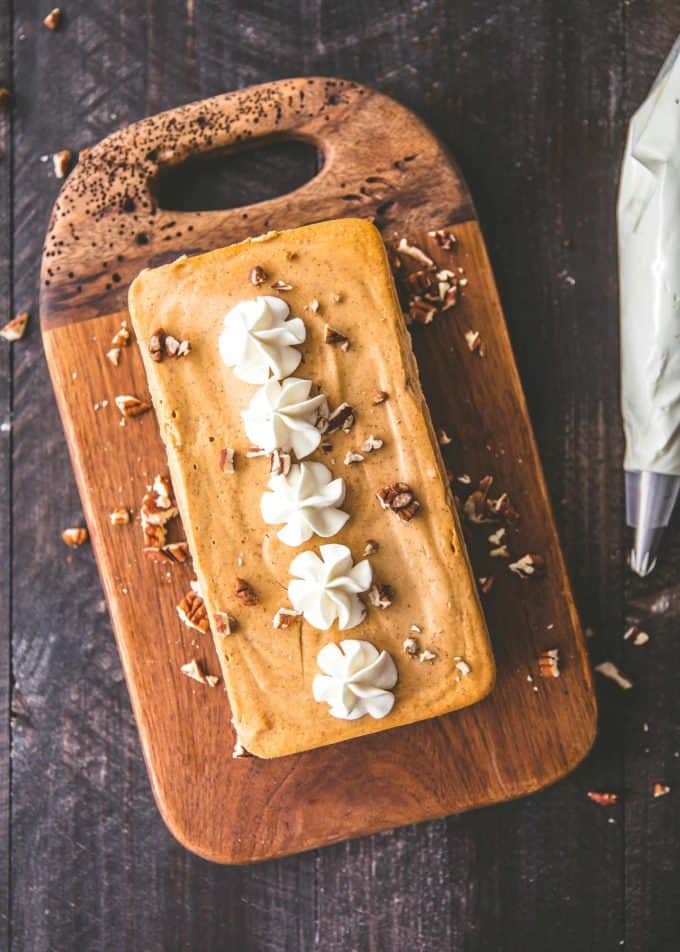 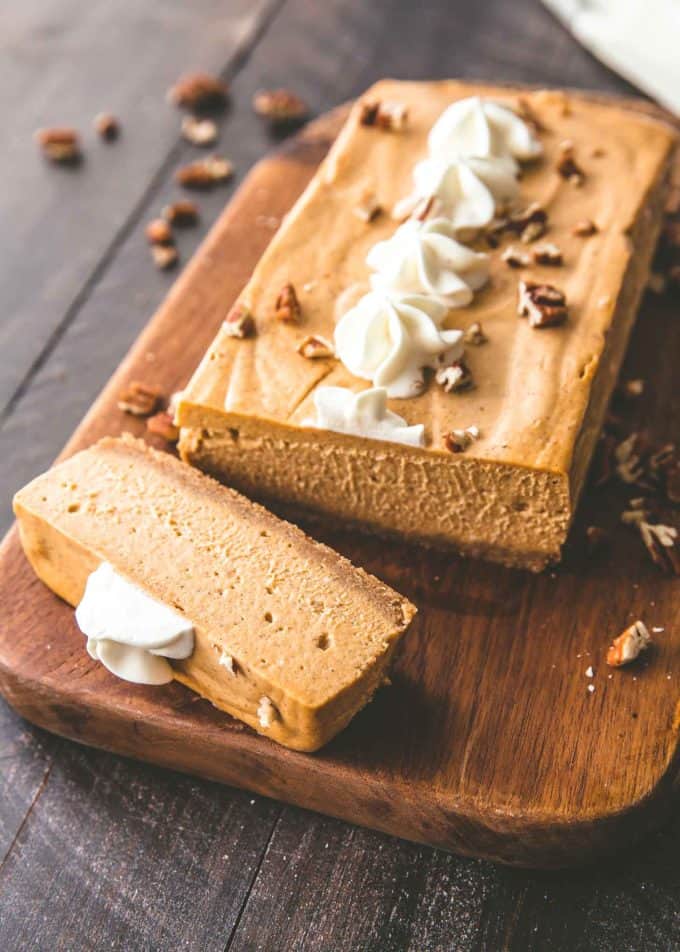 Whether you’re making Pumpkin Cheesecake for Thanksgiving or another fall gathering, try baking it in the slow cooker for a reliable, fail-proof method. The slow cooker's low temps minimize cracks and help to create a super smooth, creamy filling.

I have a bit of a cheesecake phobia. Picking the right pan, getting a water bath into the oven without spilling, cooking it just right to avoid cracks in the top #cheesecakeissues. So it was with great joy that, while researching new ways to use my slow cooker, I found many mentions of cheesecake. It turns out that the slow cooker is great for making cheesecake! This pumpkin version is inspired by Pumpkin Cheesecake Bites. Like those bite-size cheesecakes, all you need to make the crust and cheesecake filling is a food processor. Here's how! 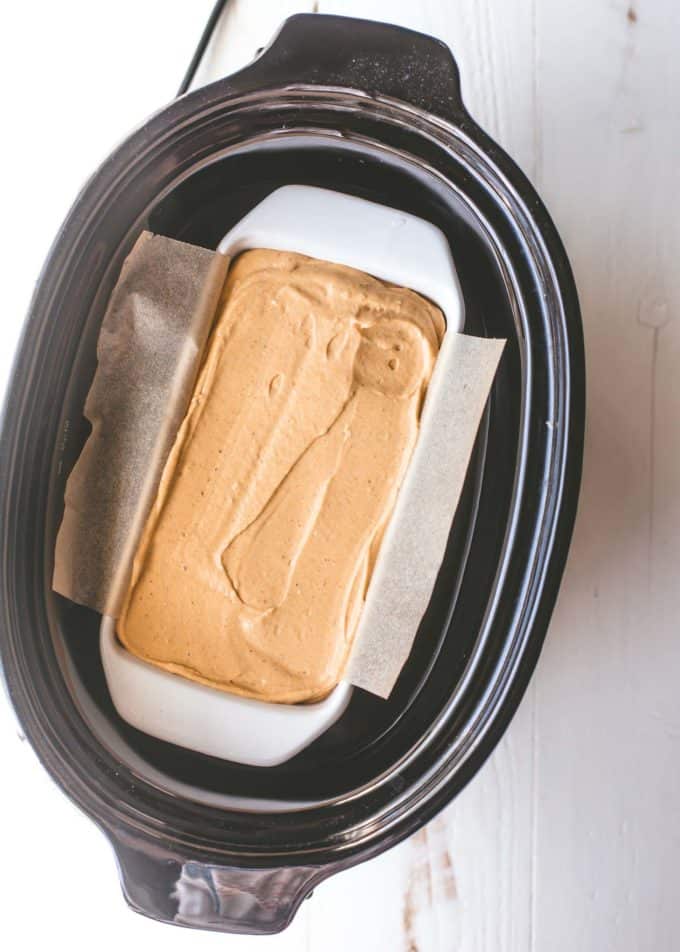 Why Make Cheesecake In the Slow Cooker

Low and slow is key for making a smooth, creamy cheesecake without cracks. The slow cooker provides a steady, consistently low temperature that is ideal. For this method you create a water bath and then form the cheesecake in a loaf pan. The rectangular slices are a fun change from the classic wedges. 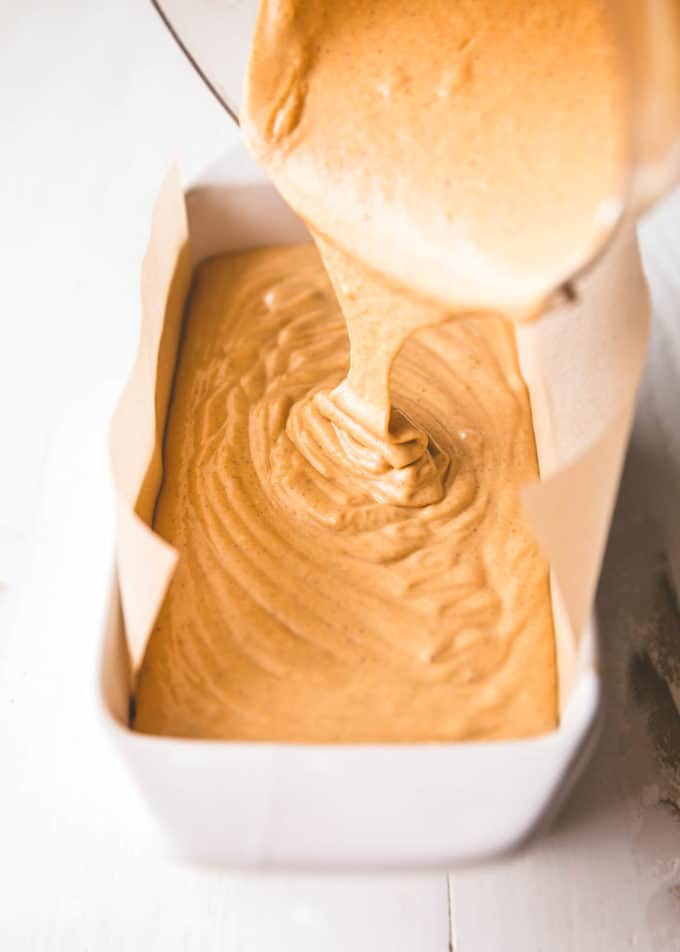 How to Prepare a Slow Cooker for Making Cheesecake 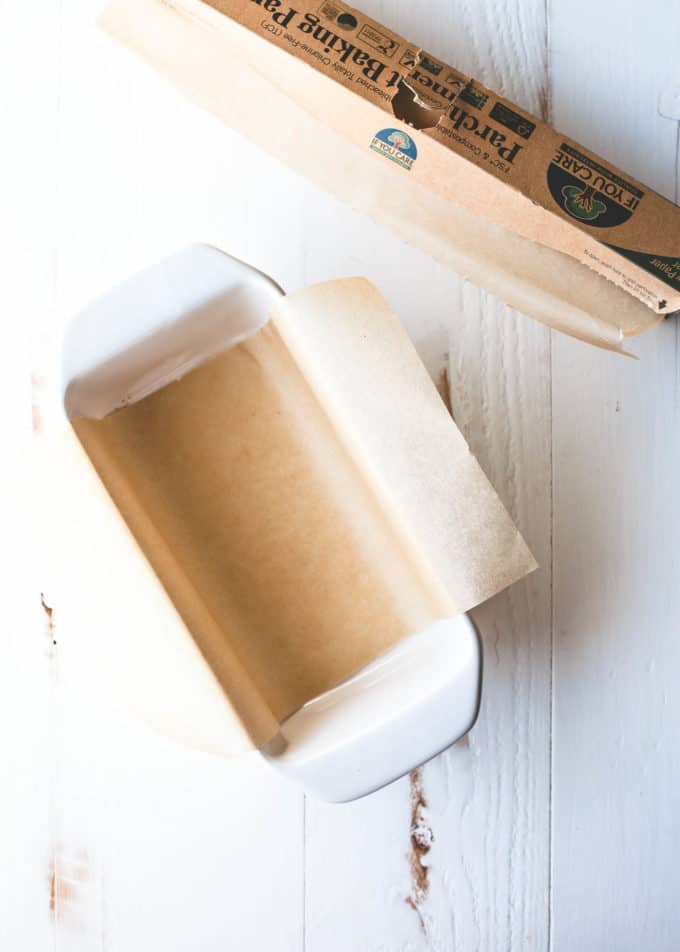 Ready to assemble and cook the cheesecake!

How to Make Cheesecake in the Slow Cooker 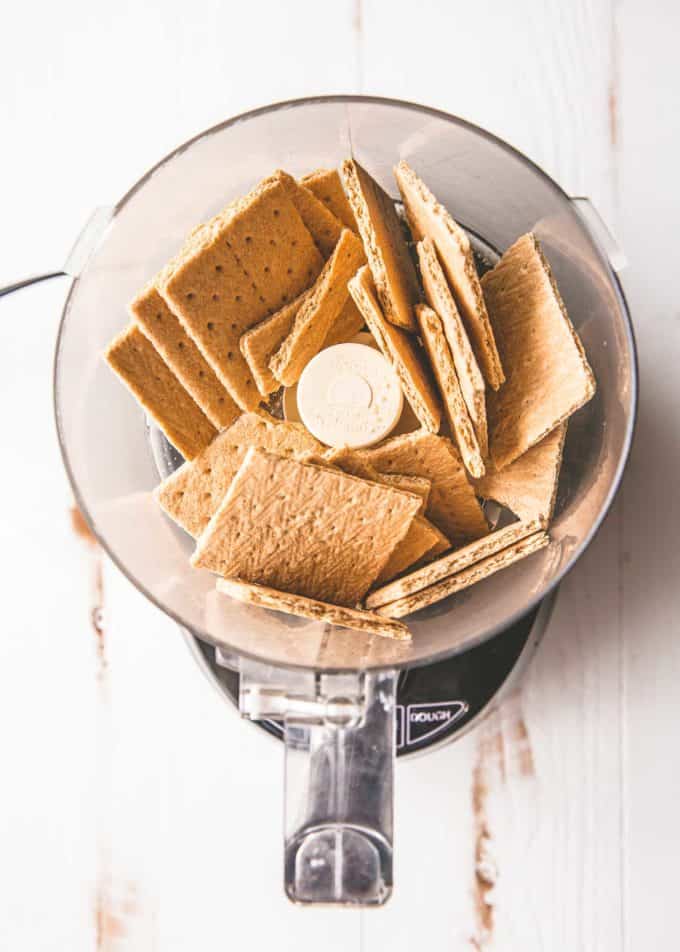 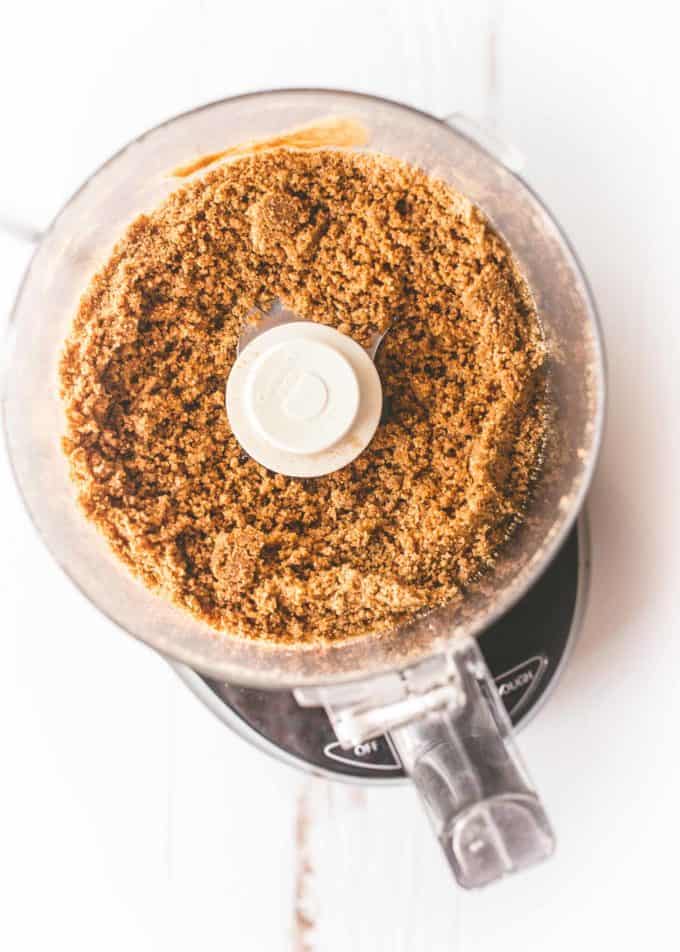 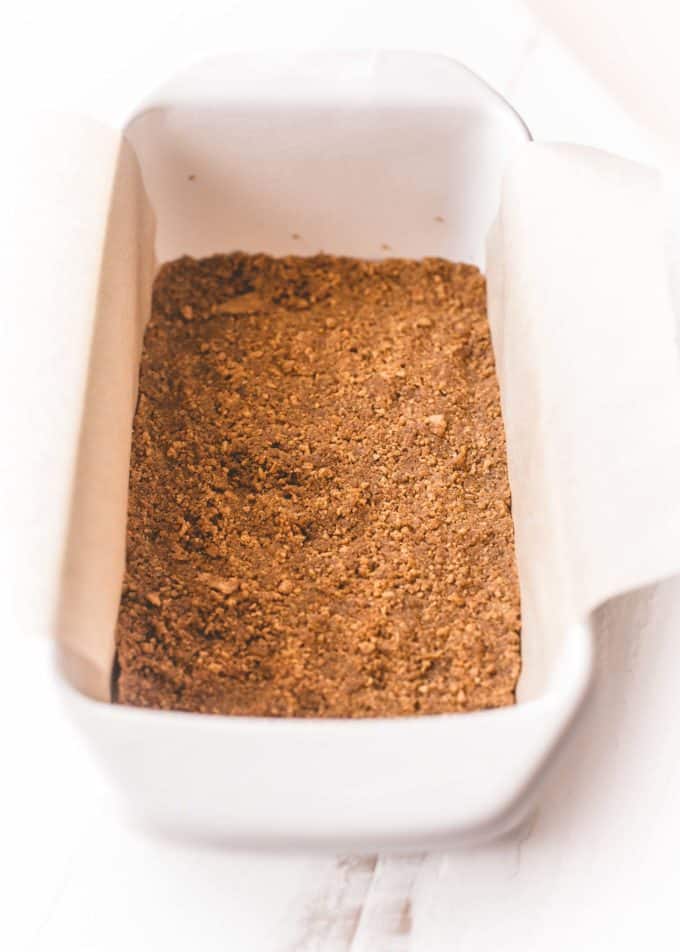 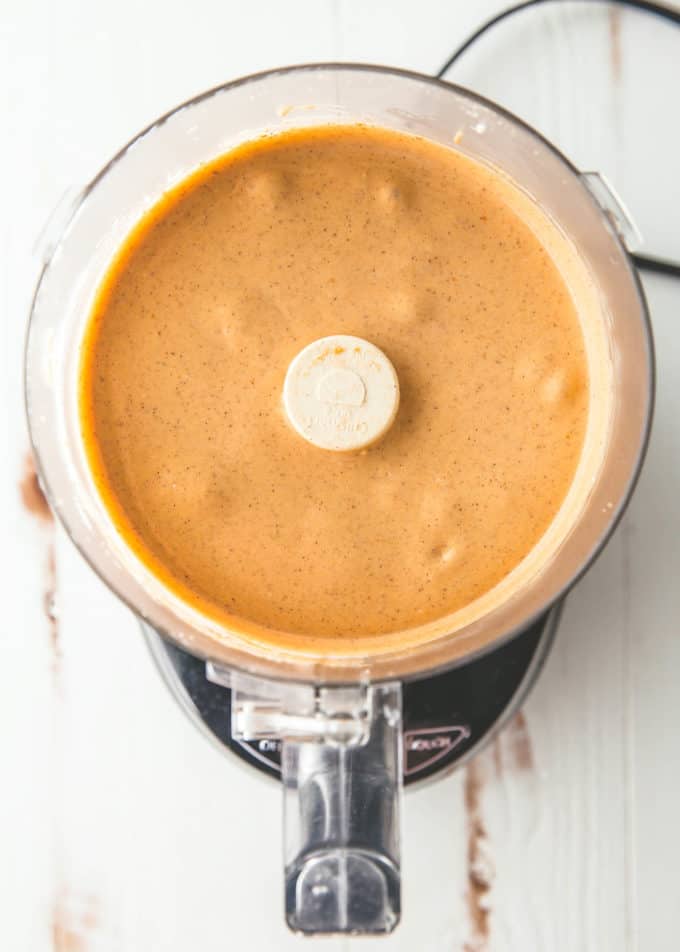 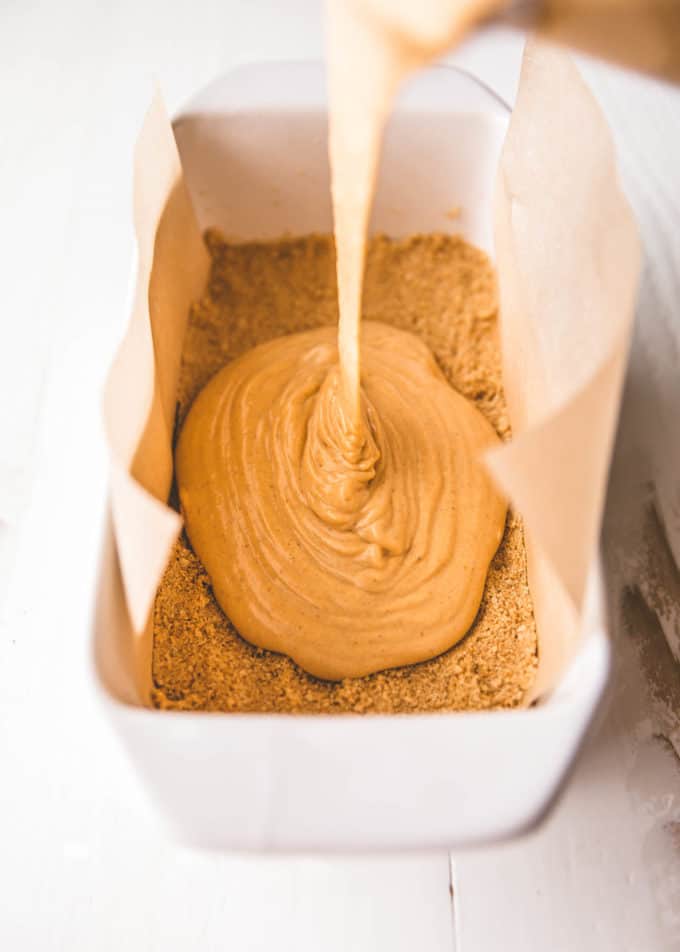 Other Versions of Cheesecake 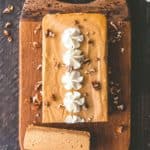 The cheesecake should be served chilled. Be sure to make it a couple hours ahead of time or up to 2 days ahead.