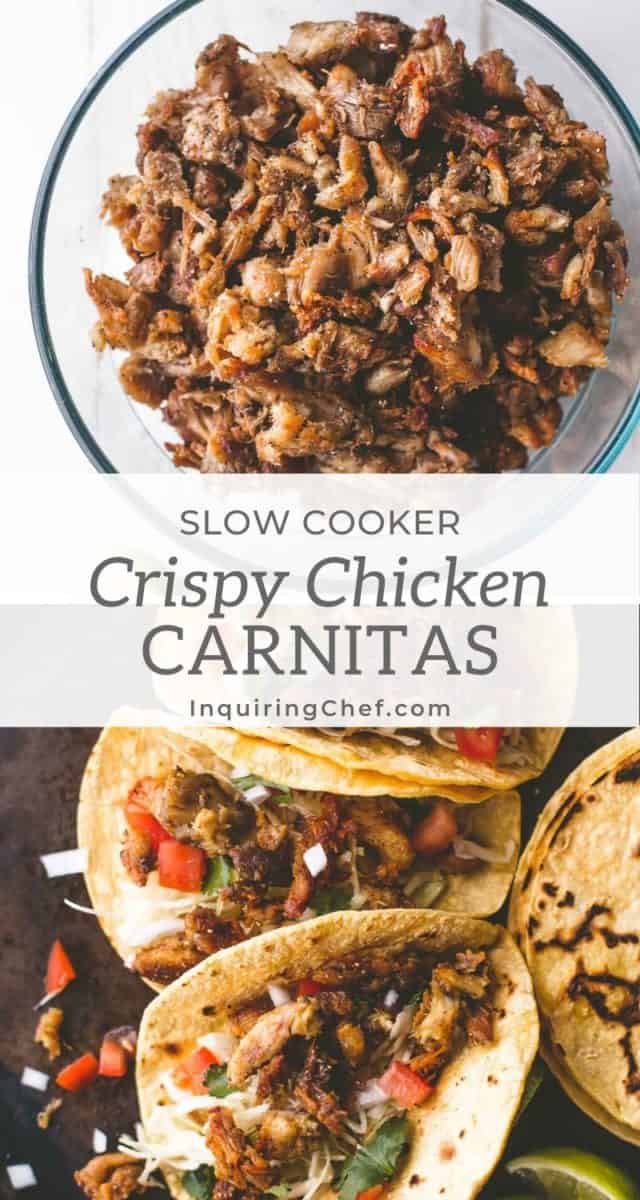 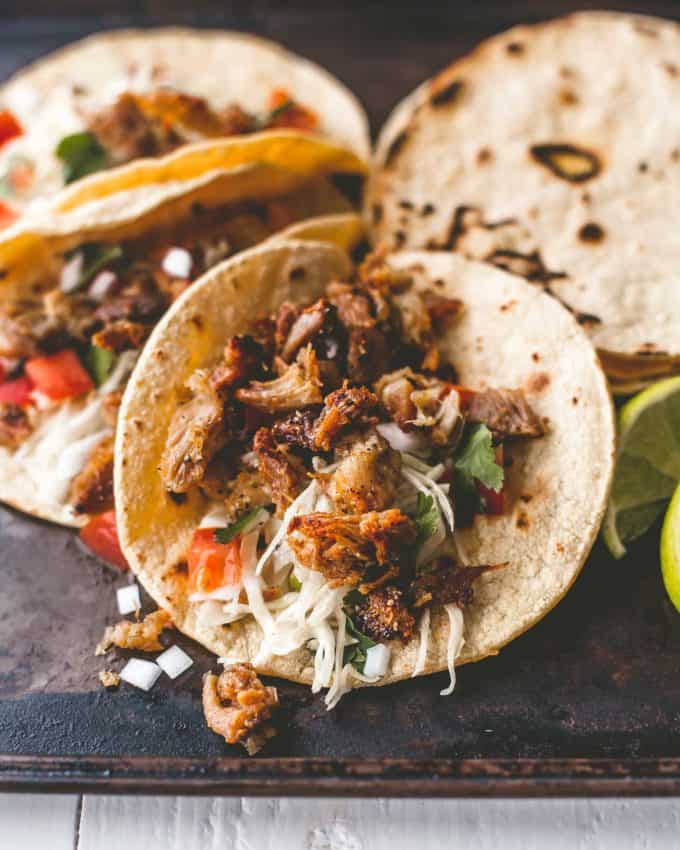 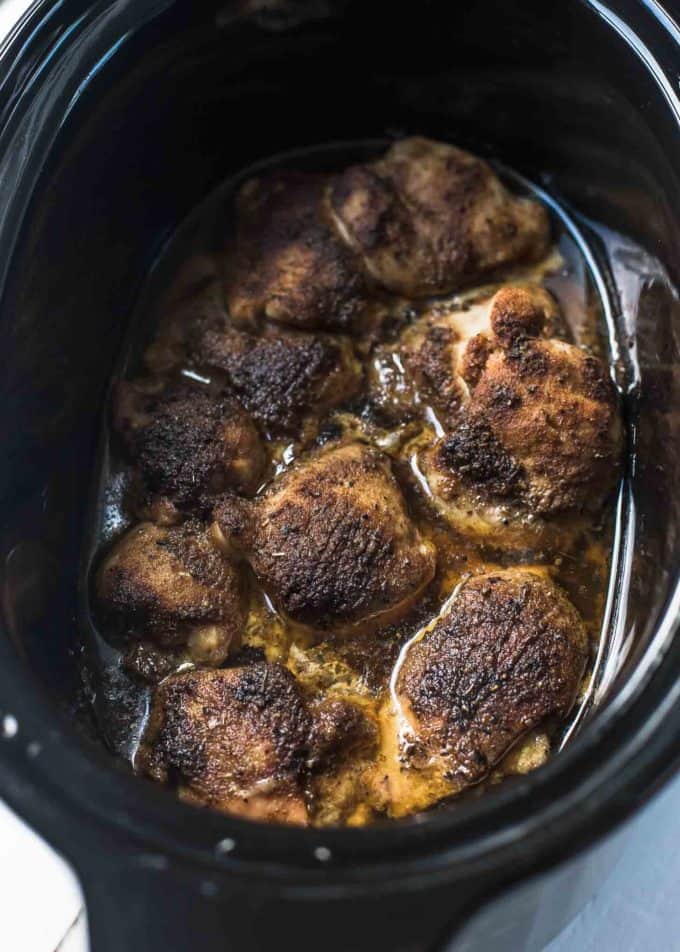 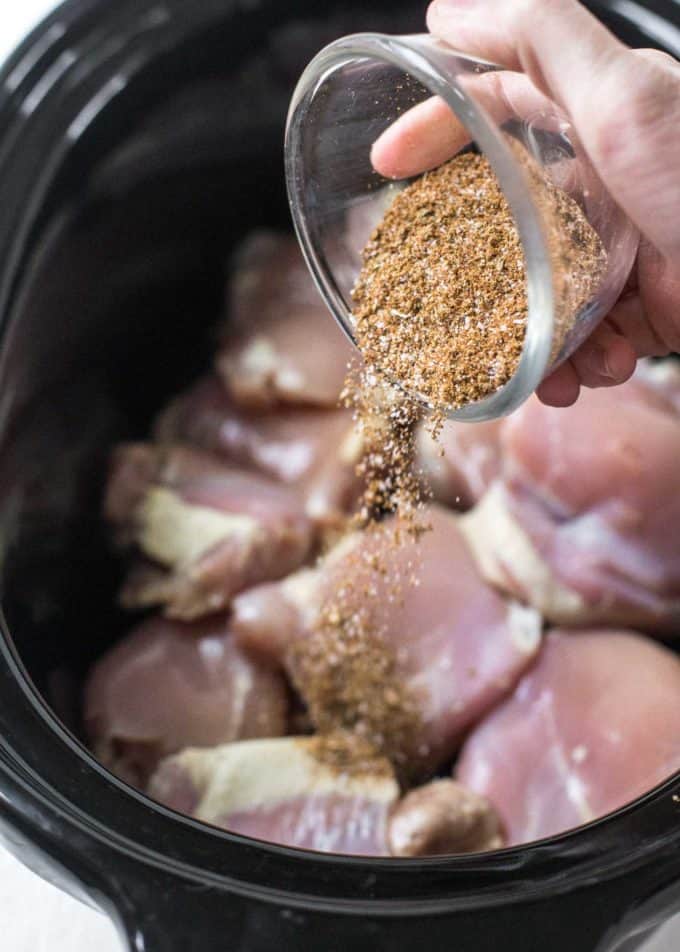 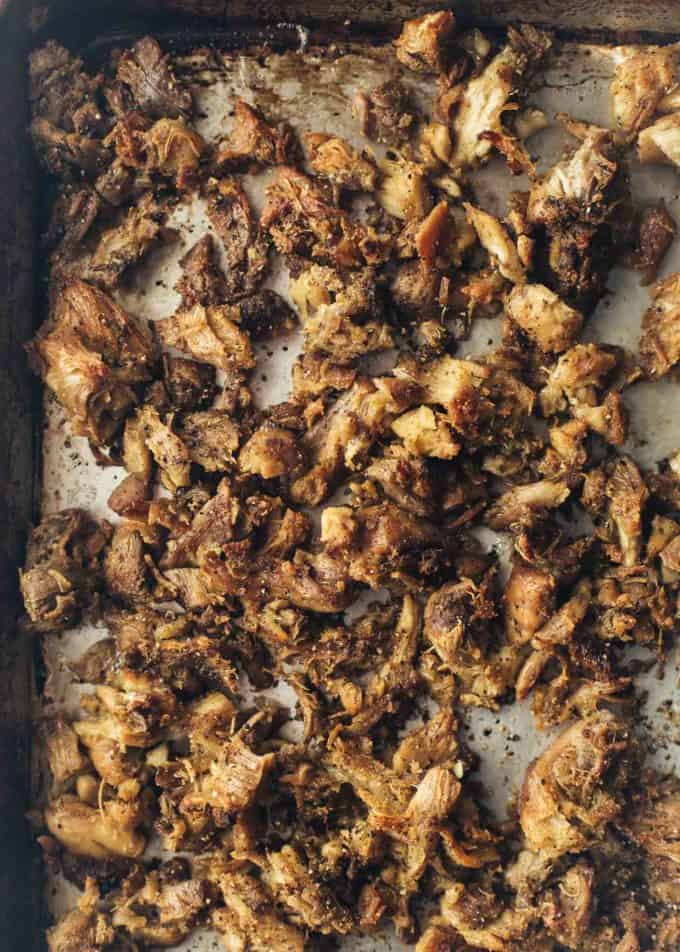 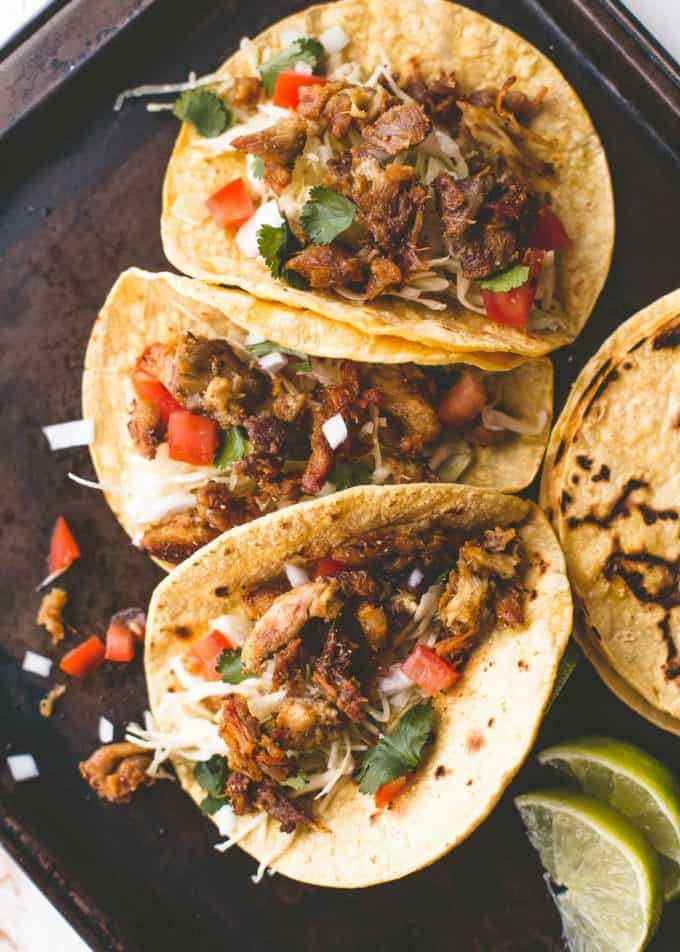 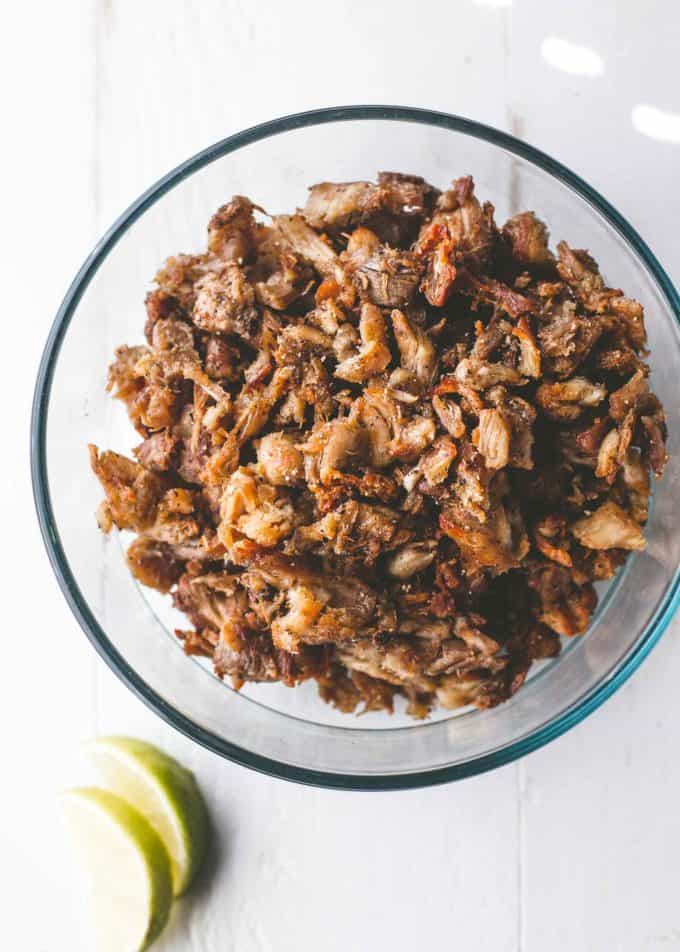 Great for a weeknight, slow cooker chicken carnitas don’t need to be pre-cooked. Just combine chicken thighs and spices in the slow cooker and let them go. Right before serving, shred the chicken and broil it until tender and crisp. Use the carnitas in tacos, burrito bowls, or to make taco salads.

With Cinco de Mayo this year falling while Kansas City (and many other places in the world) are still under stay-at-home orders, it’s a good year to get creative with some Mexican-inspired food at home! Mexican and TexMex meals are a staple of our weeknight routine (see Slow Cooker Taco Meat, Enchilada Pasta, Taco Soup). All three of my kids like these meals and they are easy to customize into taco salads if we want something lighter, burrito bowls if we want a grain base, or a taco bar if everyone wants to customize.

Taco night is even better if it’s made from something in the slow cooker that requires no pre-cooking and is entirely hands off until the last 15 minutes before serving. While pork carnitas are a classic, chicken carnitas are a lighter, healthier twist that still deliver big on flavor. And if you want to take it to the next level, I recommend whipping up a batch of this super simple Avocado Crema sauce to drizzle on top.

How to Make Slow Cooker Carnitas 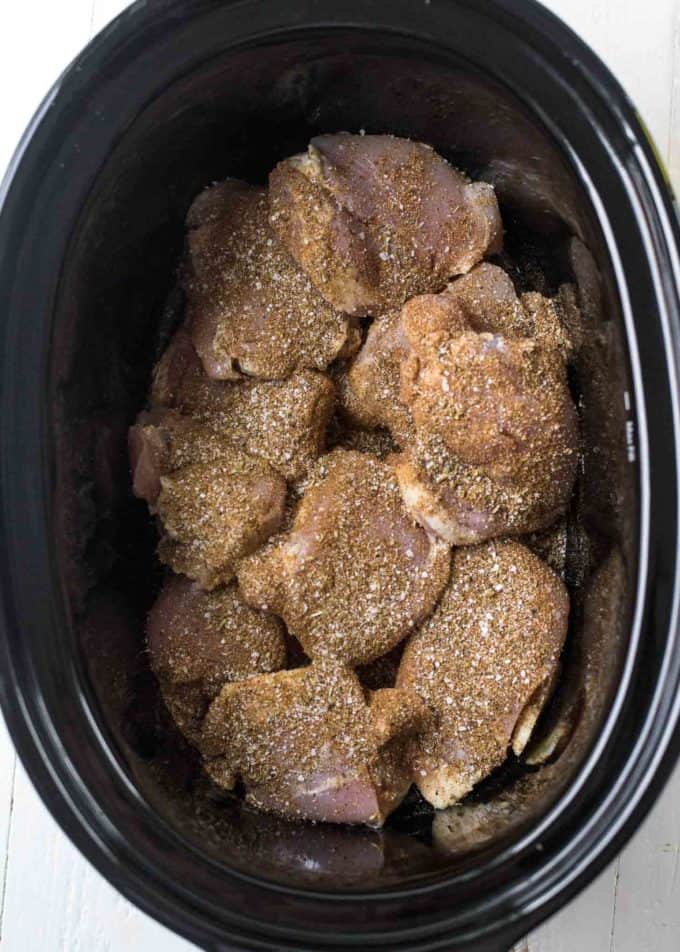 The chicken can be cooked in the slow cooker and shredded / chopped up to 3 days ahead of time. Wait and do the final step to crisp the chicken under the broiler until right before serving. The texture will be the best if it is served right after broiling. 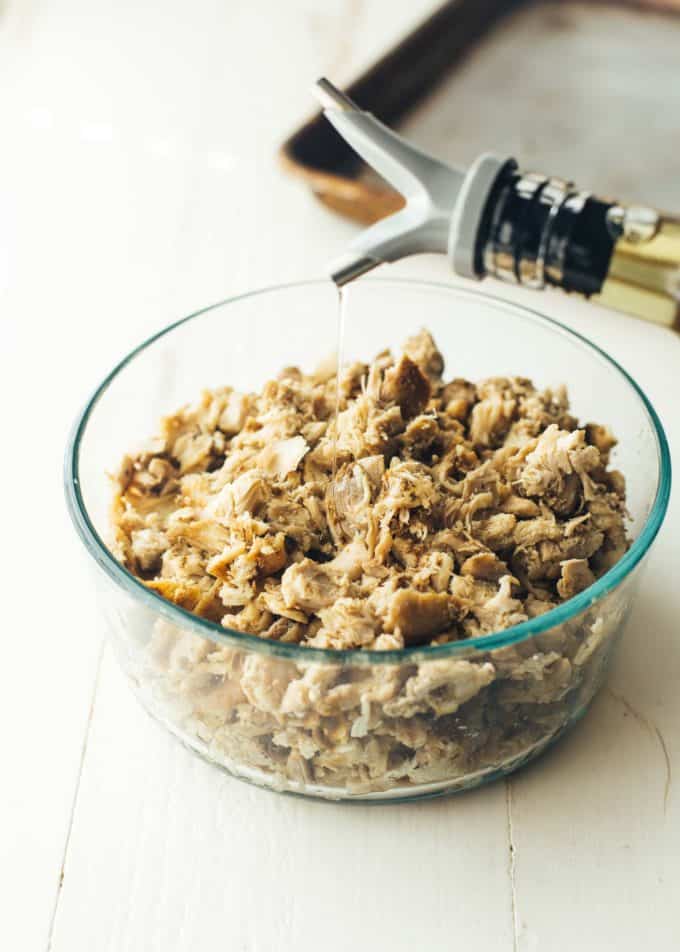 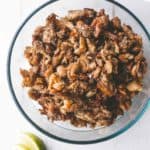 For the Slow Cooker:

The chicken can be cooked in the slow cooker and shredded / chopped up to 3 days ahead of time. Do the step to brown it under the broiler right before serving.