This is a vegetarian dish that really might overshadow the turkey this Thanksgiving. Roasted to tender perfection and stuffed with quinoa, pecans, parmesan cheese and a crisp breadcrumb topping, twice-baked butternut squash can be made ahead (just re-warm in the oven) and are sure to be a hit at the holiday table. As much as I love vegetables, I never give them as much attention as I do at Thanksgiving and Christmas.  This time of year, vegetable sides deserve a little extra love.

Despite that, I was hesitant to fiddle with perfection when a few of these little butternut squash started turning up around Bangkok.  My friend Natalie scooped these up  for me when she saw them at the grocery store.  They were so little that she had them in her purse when we met up for drinks this week.

I have to think that if there’s one thing worth doing with butternut squash, it’s filling them with quinoa, pecans, and parmesan, topping them with breadcrumbs and baking them until they’re golden, crisp, and bubbly. This filling was the clear winner, but I also tried a delicious combination of pancetta, gruyere, caramelized onion, and sage.  You could take these twice-baked butternut squash in just about any direction. I used small butternut squash (about 8 oz. each) which are undeniably fun for serving, but a big squash would be beautiful as well.

The squash can be roasted a day or two in advance, and the entire dish can even be assembled a night ahead.  Just cover and refrigerate and bake the next day. We needed a lot of vegetables this weekend to balance the buttery, creamy, stuffing balls that are the crown jewel of any Thanksgiving in which Frank has a hand.  Frank’s mom sent the ingredients to him from home, so here’s hoping they get here in time.

Anyone else making squash for Thanksgiving this week? 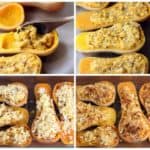 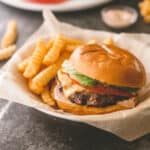 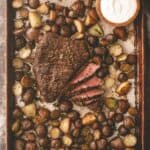 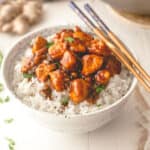