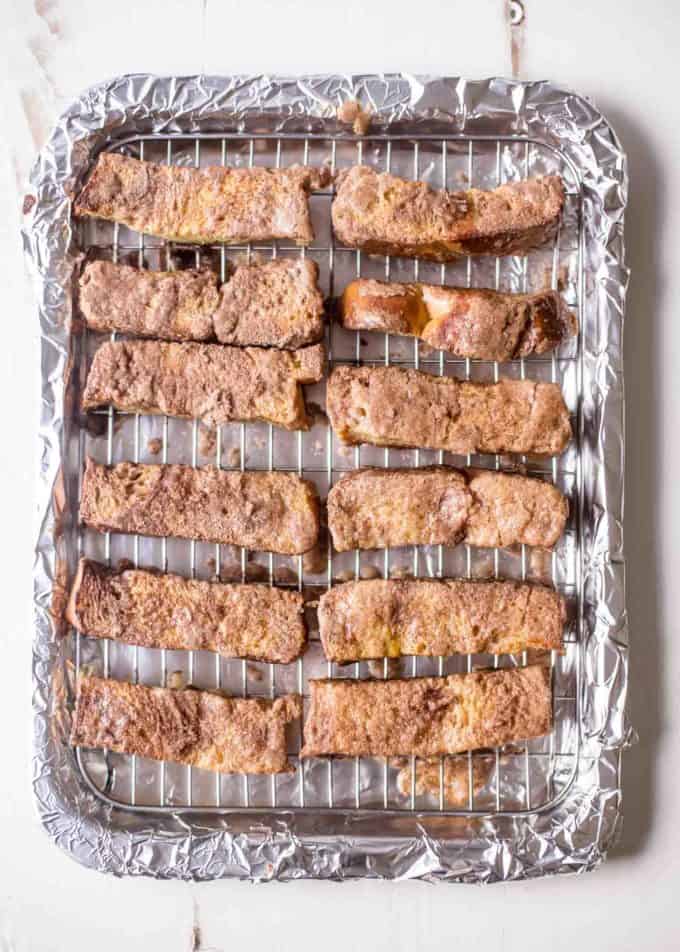 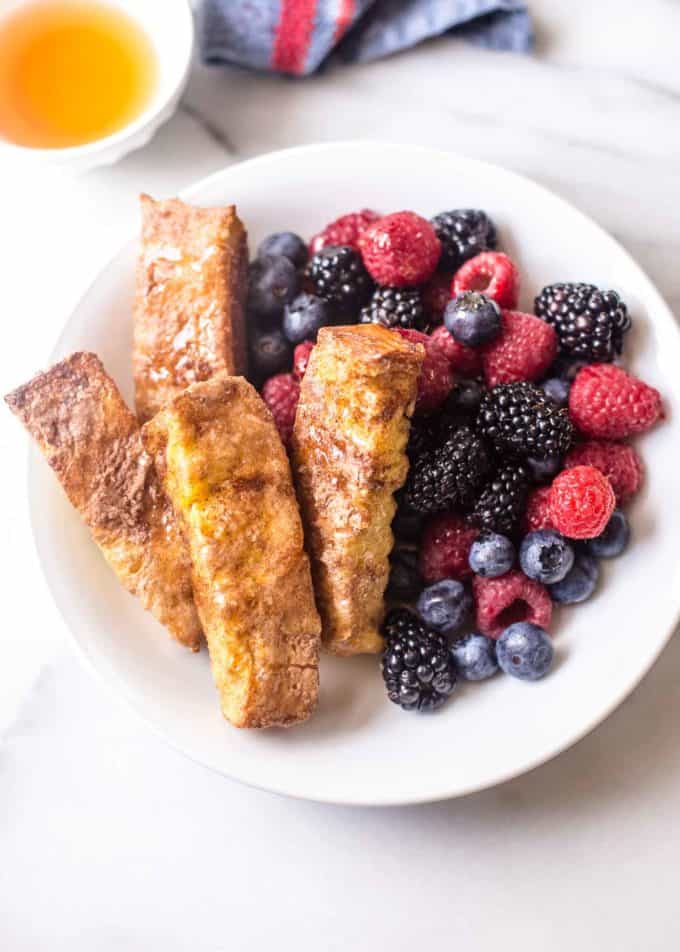 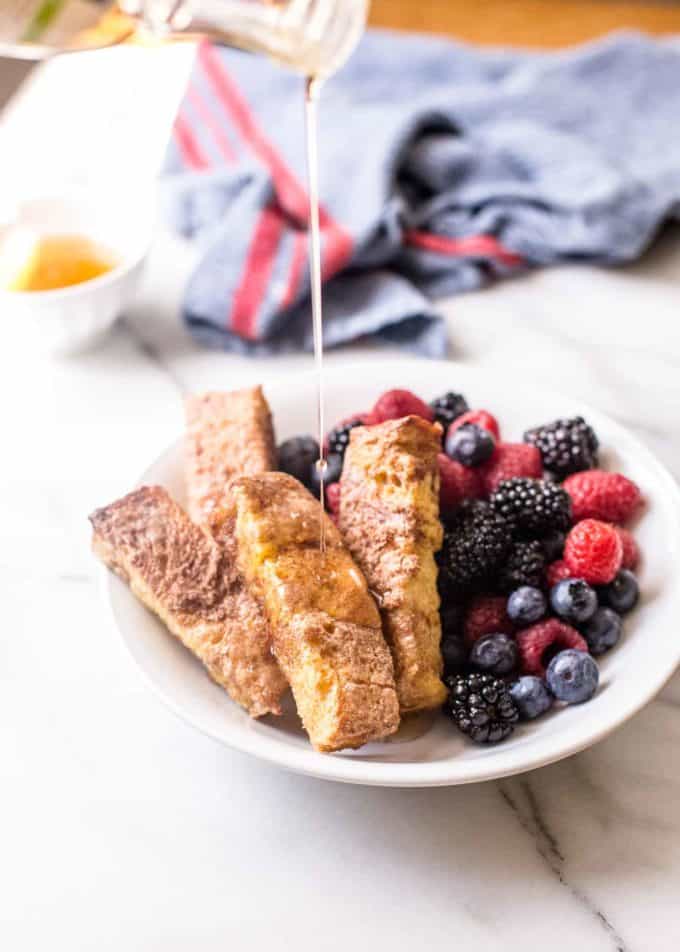 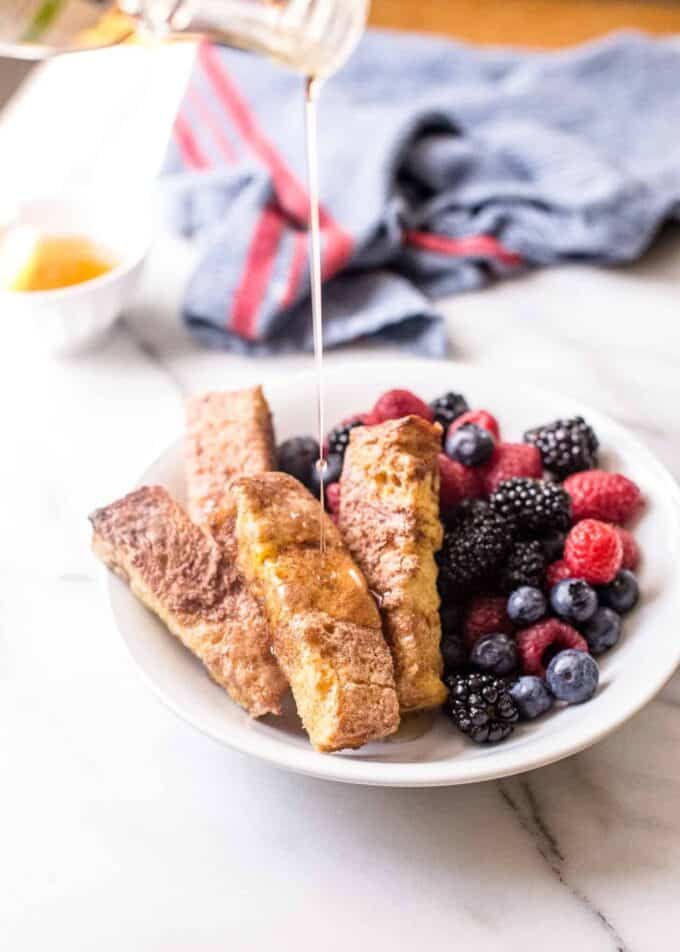 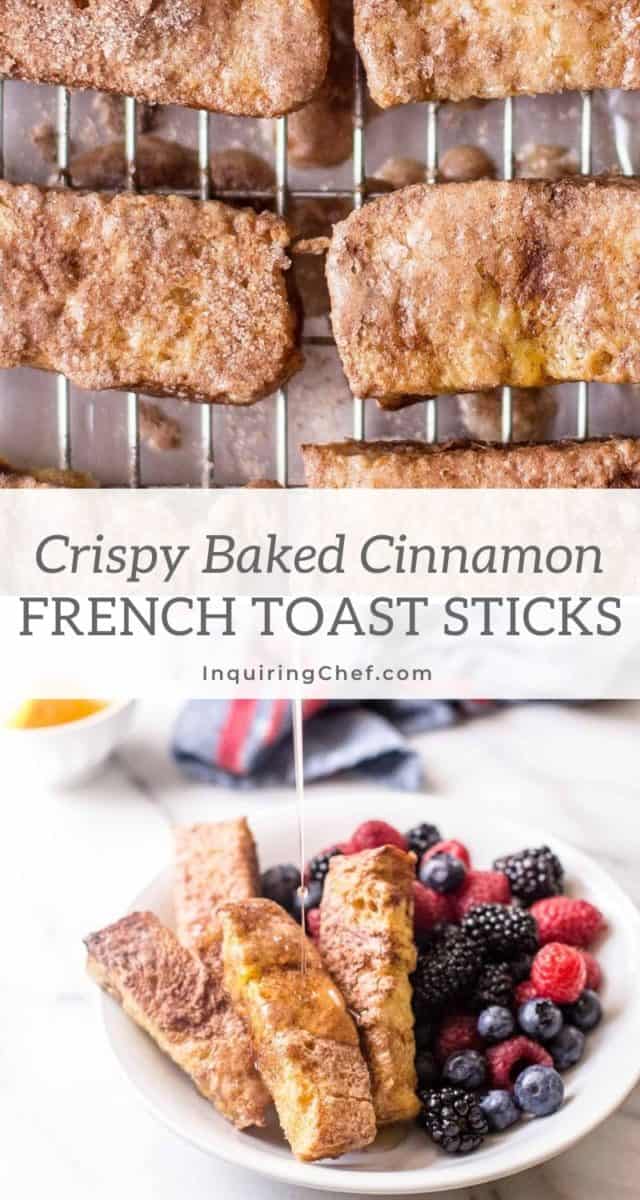 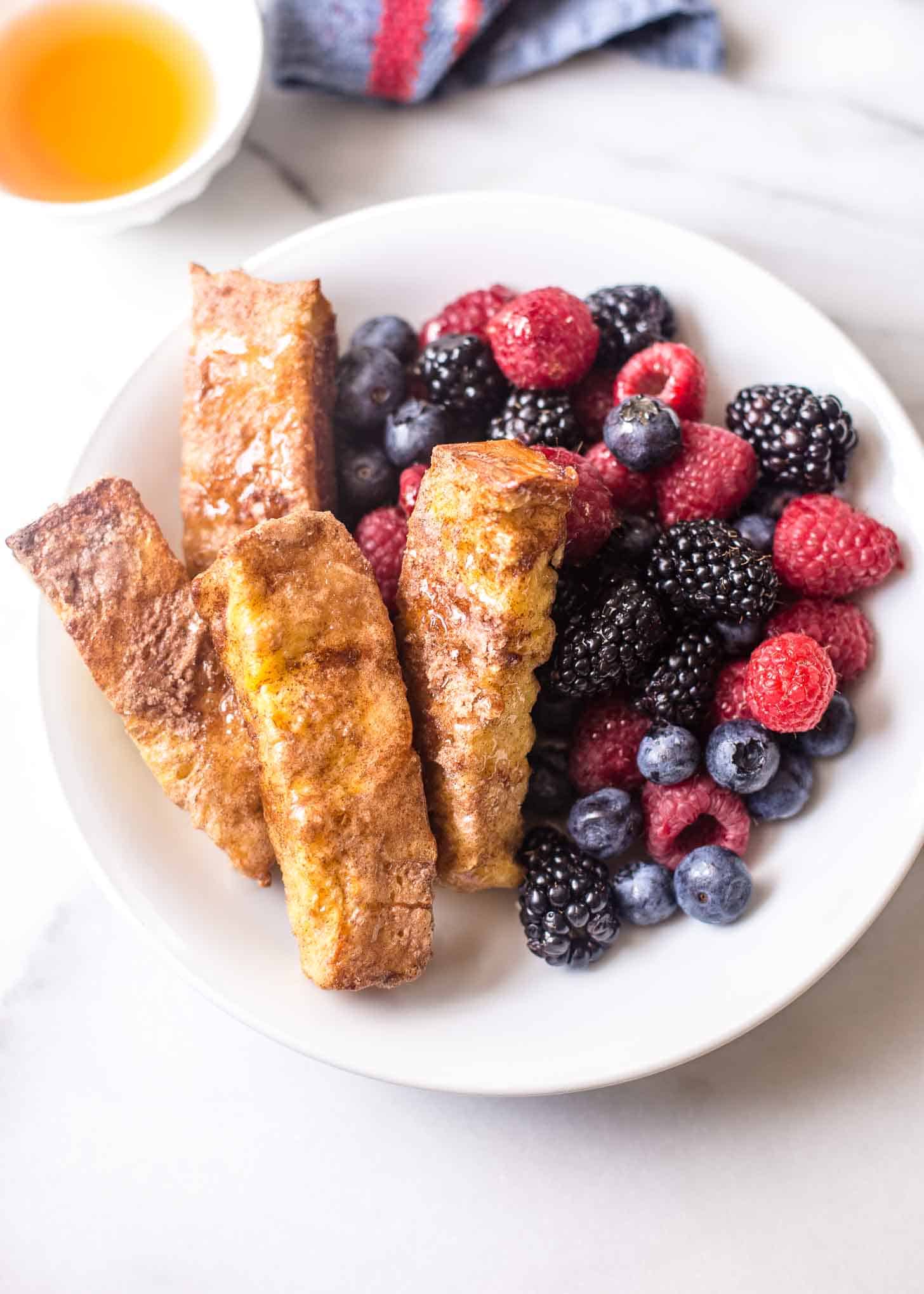 Thanks to a quick dunk in cinnamon sugar, these Baked Cinnamon French Toast Sticks come out of the oven crispy on the outside and tender and soft on the inside.

Check out this crispy cinnamon coating... 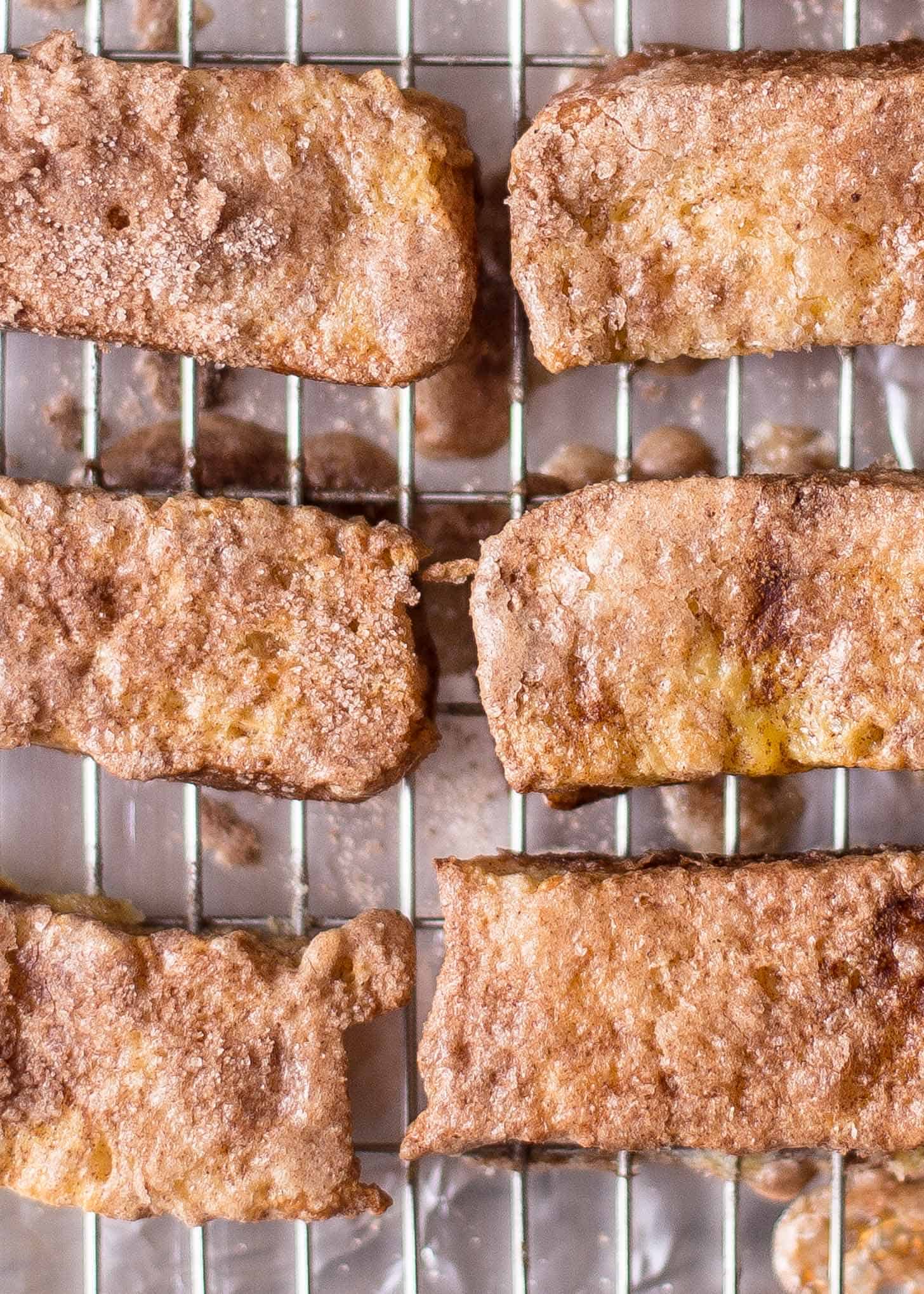 Kansas City was hit with fantastically loud, lightning-filled storms last night. Miracle of all miracles, the toddlers sleep through the entire thing! They slept through thunder so loud and lighting so bright that it sounded like a battle was going on in the backyard.

I was not so lucky. After a long night watching the storm rage, by about 4am I had one thing on the brain. Breakfast. Breakfast is serious business in our house, and I wake up ready for just about anything we might have to put on the table. Plus coffee. All the coffee.

All summer we've been playing around with new things to serve for breakfast. Some savory, some sweet. Some that we eat during the week and some, like Baked Cinnamon French Toast Sticks that have weekend written all over them. 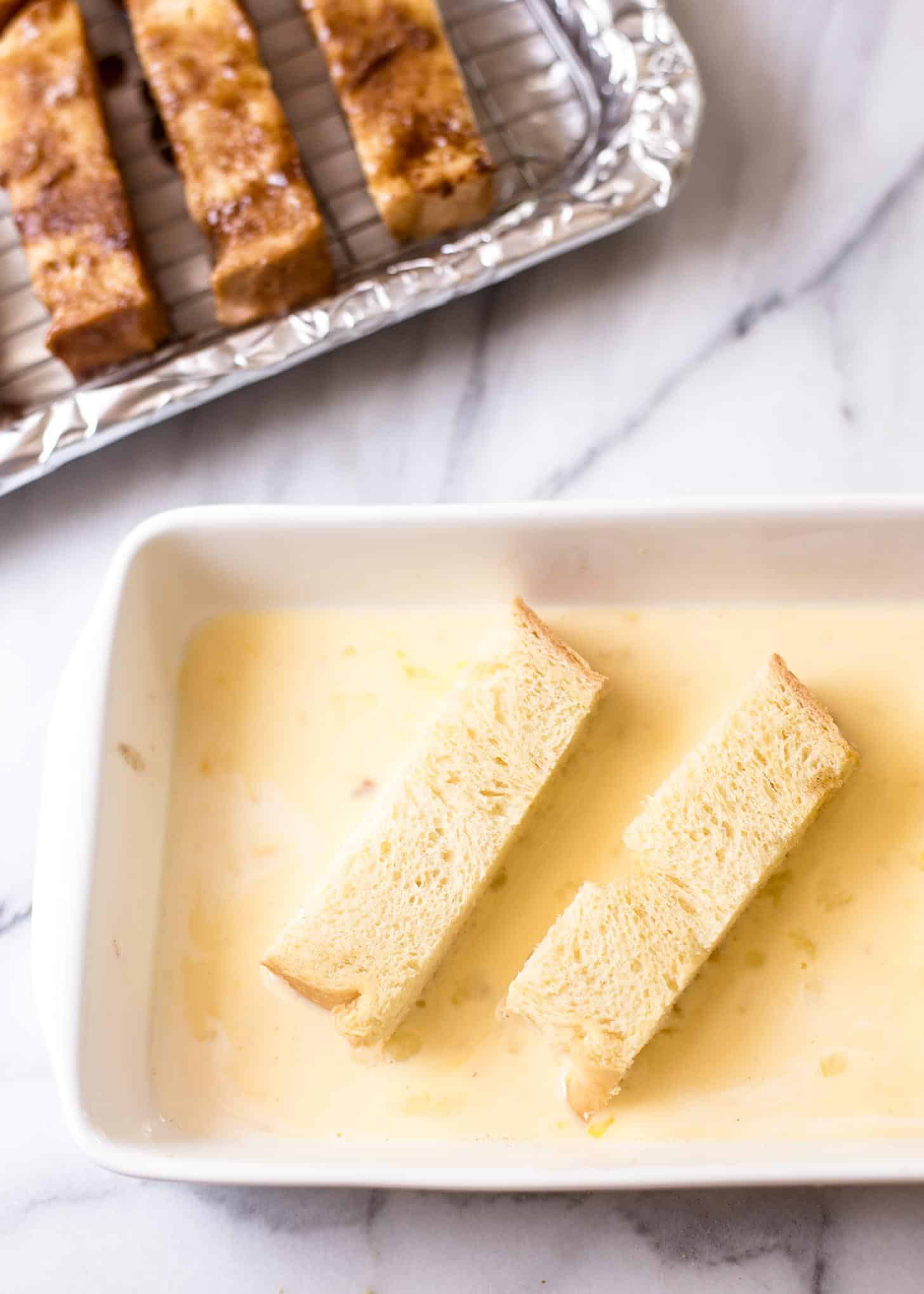 How to Bake French Toast Sticks

These from-scratch, surprisingly simple breakfast pastries are dunked in eggs and cream and then rolled in cinnamon sugar. Line them up on a baking sheet topped with foil. If you have a cooling rack that will fit on top, add it to the baking sheet. Keeping the French Toast Sticks elevated as they bake will allow heat to circulate all around them and will make all of the sides equally crispy. 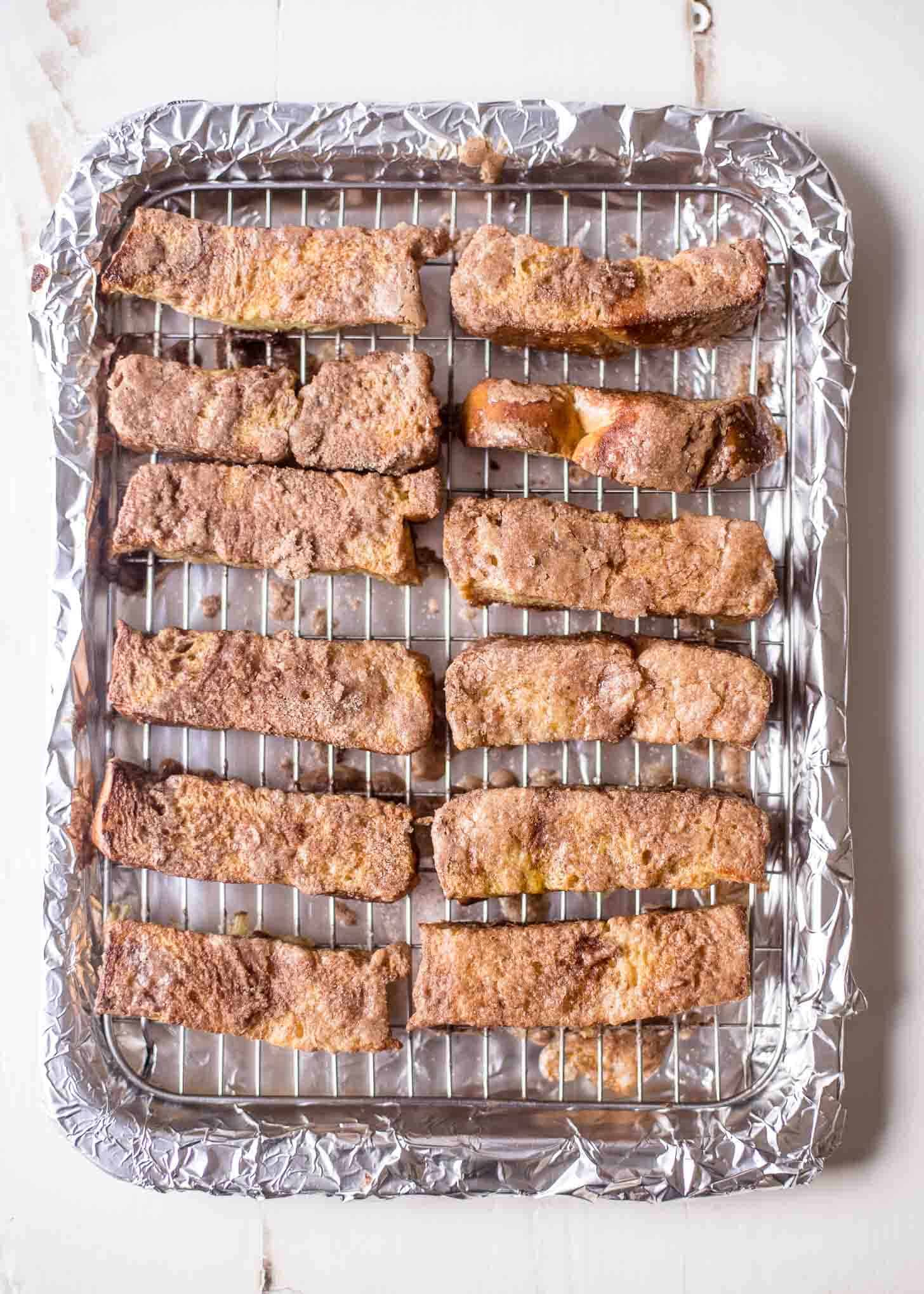 And I don't even need to get into how much fun French Toast Sticks are compared to their classic counterpart right? Sticks = instant breakfast fun. Eat them on their own, dip them in syrup, serve them over tons of berries. It's hard to go wrong. 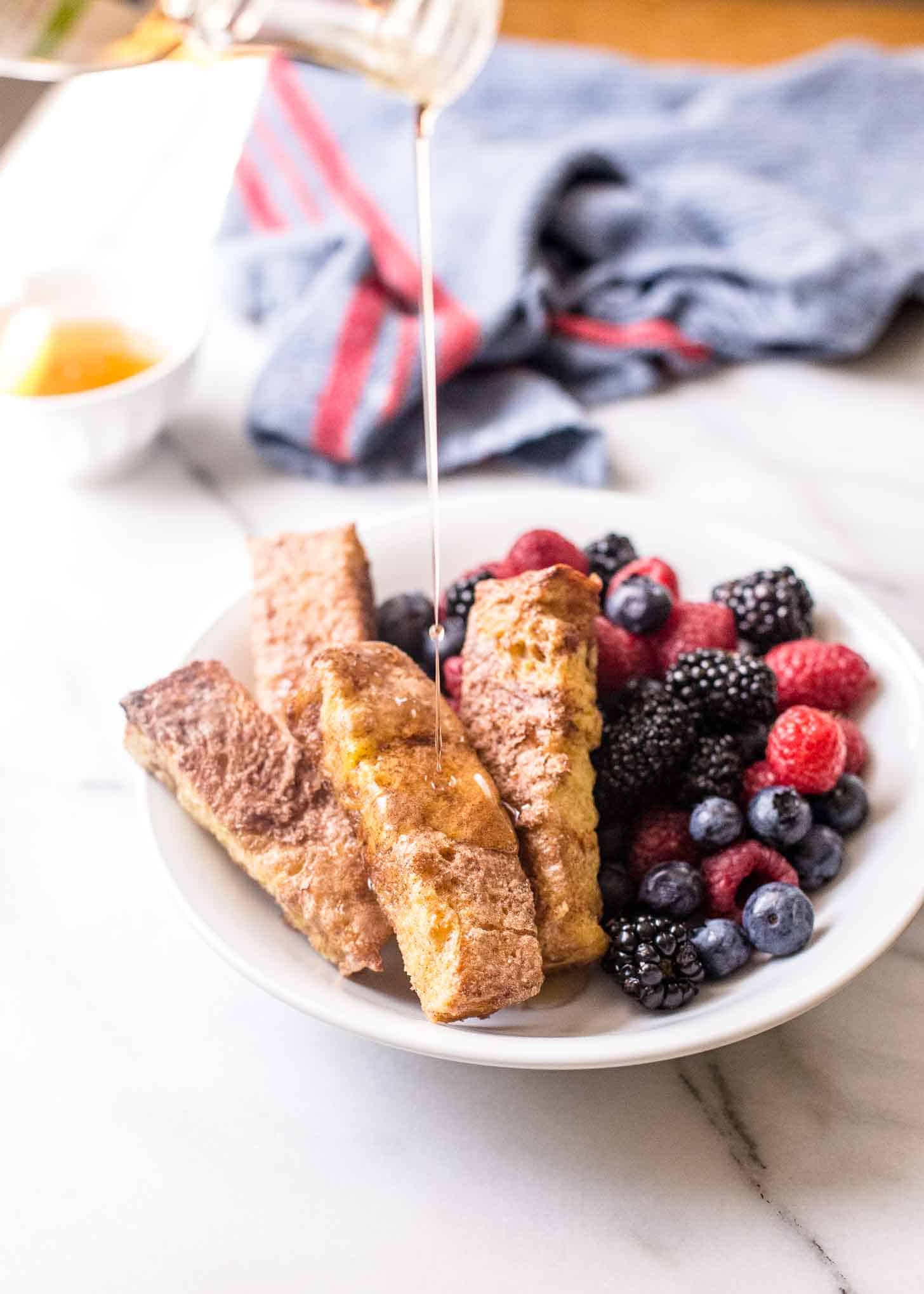 Check out the video to see, in under a minute, how these are made! 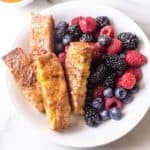 Molly and Clara's summer ballet class ended last week. It was a raging success for the girls who loved every minute. Until the next one, I sure will miss the sight of all those little girls in pink leotards playing before class started.... 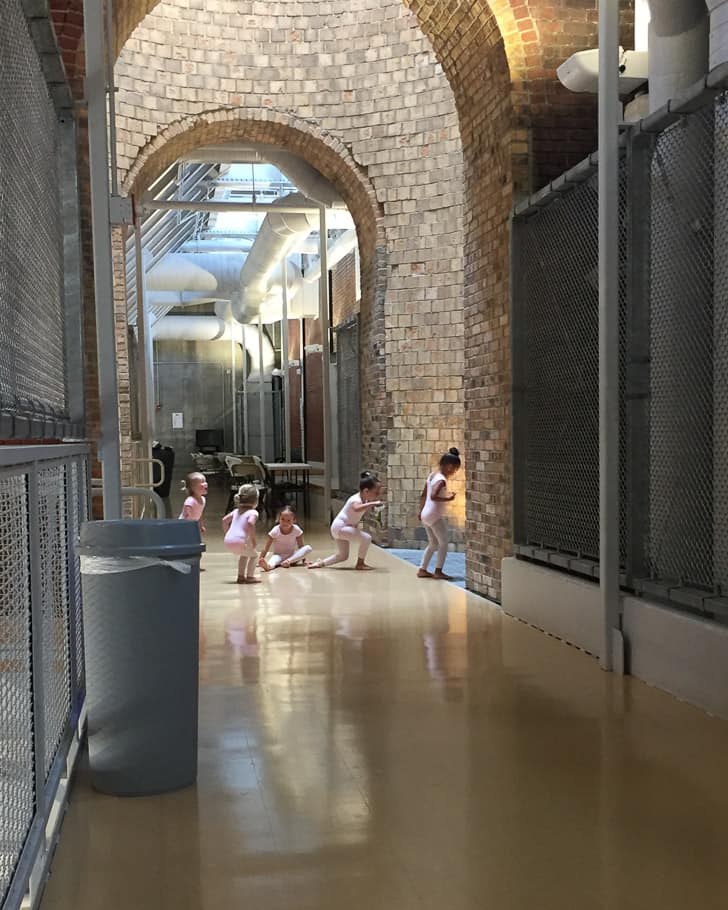