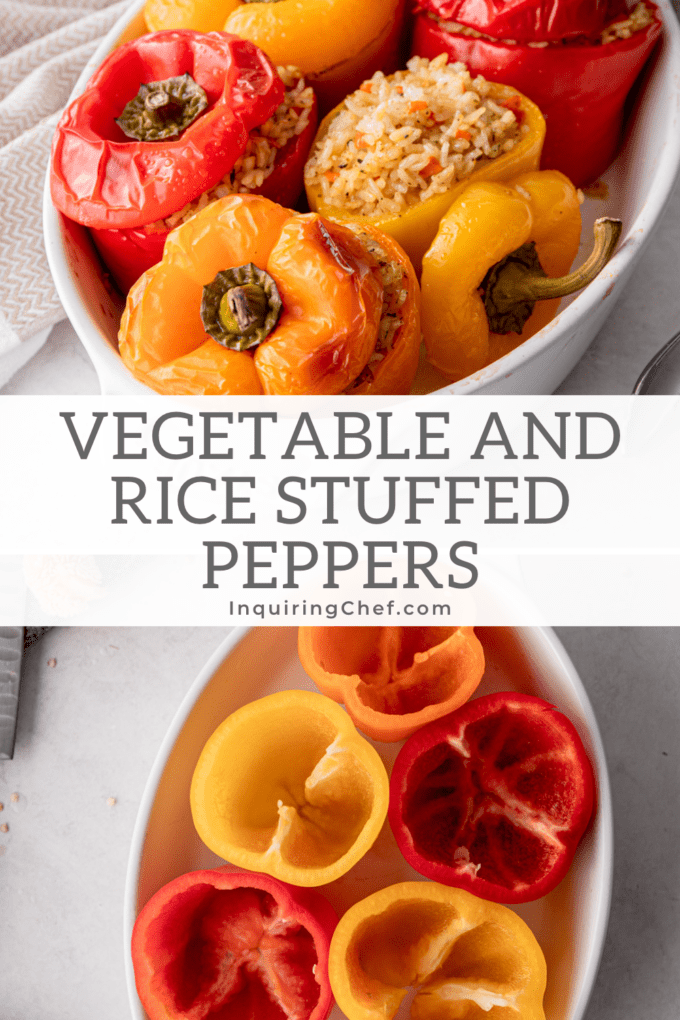 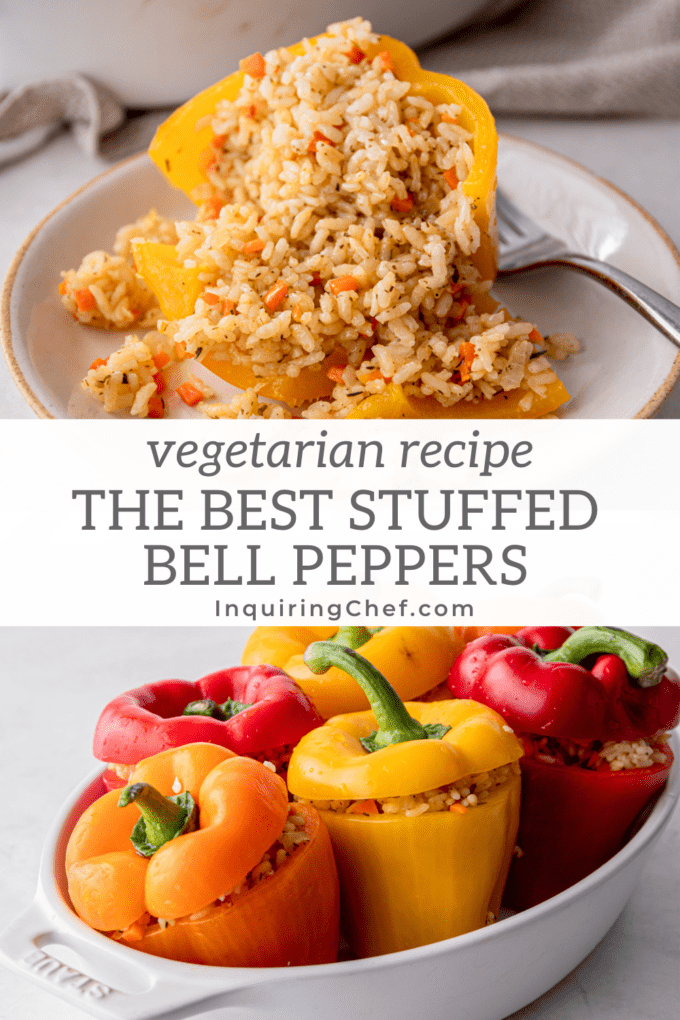 Vegetable and Rice Stuffed Peppers are ready to be the star of your next dinner. This recipe is not only incredibly simple, but it's naturally vegan and gluten-free. You probably have everything you need to make them in your fridge or pantry.

Some plant-based recipes don't feel substantial enough to be the main event but with herb-flavored rice and tender carrots wrapped in a colorful sweet pepper, these fit the bill. We also have a ton of suggestions (below) that will help you switch up your vegetable and starch fillers, and add fun and nutrition-packed toppings.

Knowing how to make vegan stuffed peppers will give you another irresistible veggie packed dinner to whip up. And my favorite topping? Silky, rich cashew cream gives the dish just the right creamy finish. Whoever said vegan main dishes can't be impressive and satisfying hasn’t tried this recipe!

How to Make It

What are stuffed peppers?

Stuffed peppers are a super nostalgic food. Common in many countries around the world, there's a decent chance your grandparents (or their grandparents) made some version of these. While this dish has traditionally been stuffed with meats like ground beef, Italian sausage, ragu, or marina, and then topped with melty cheese, the vegetarian and vegan stuffed peppers are equally satisfying.

Rice stuffed peppers can be made up to 4 days in advance - hello, easy weeknight dinner! Store this easy vegan meal in an airtight container in the fridge.

Peppers can stay in the freezer for up to 3 months, and reheating is easy. Just thaw in the refrigerator the night before, then bake in the oven at 350°F for 30 - 40 minutes.

Do you have to boil peppers before stuffing them?


Nope! This recipe is designed to be a breeze, and have as few steps as possible. The bell peppers will cook to the perfect tenderness in the oven, so there is no need to boil them ahead of time.

Why are my stuffed peppers soggy?


One of the most important steps in this recipe is making sure all of the broth is absorbed prior to stuffing the peppers. If there is still excess moisture in the rice when you place it in the pepper, that may cause things to get a little soggy. 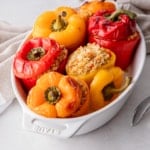 Vegetable and Rice Stuffed Peppers are ready to be the star of your next dinner. This recipe is not only incredibly simple, but it's naturally vegan and gluten-free. You probably have everything you need to make them in your fridge or pantry.
Prep Time35 mins
Cook Time1 hr 5 mins
Total Time1 hr 40 mins
Course: Main Dish
Cuisine: Mediterranean
Keyword: gluten free, vegan recipe
Servings: 6
Calories: 345kcal
Author: Jess Smith via Inquiring Chef
Cost: $5