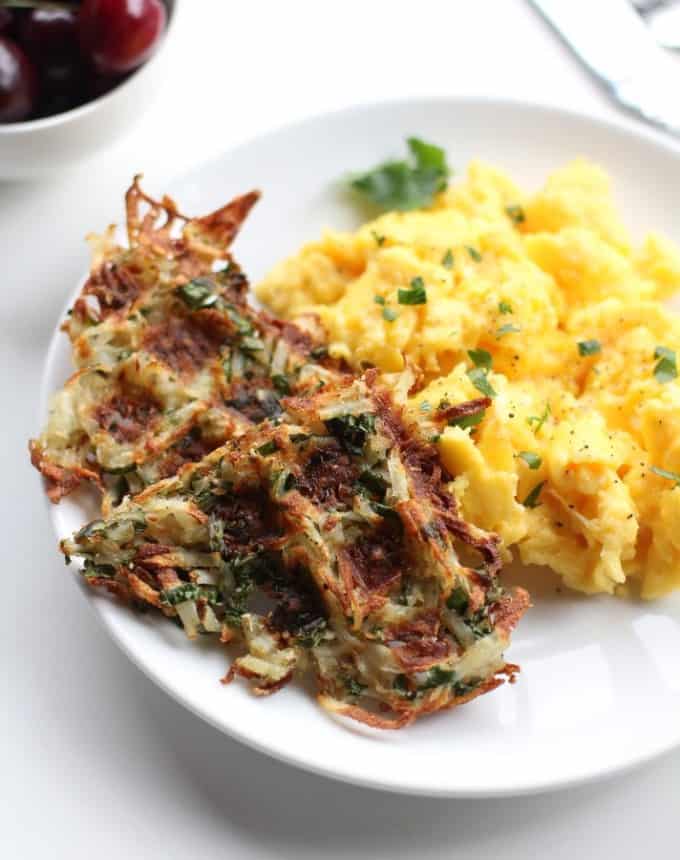 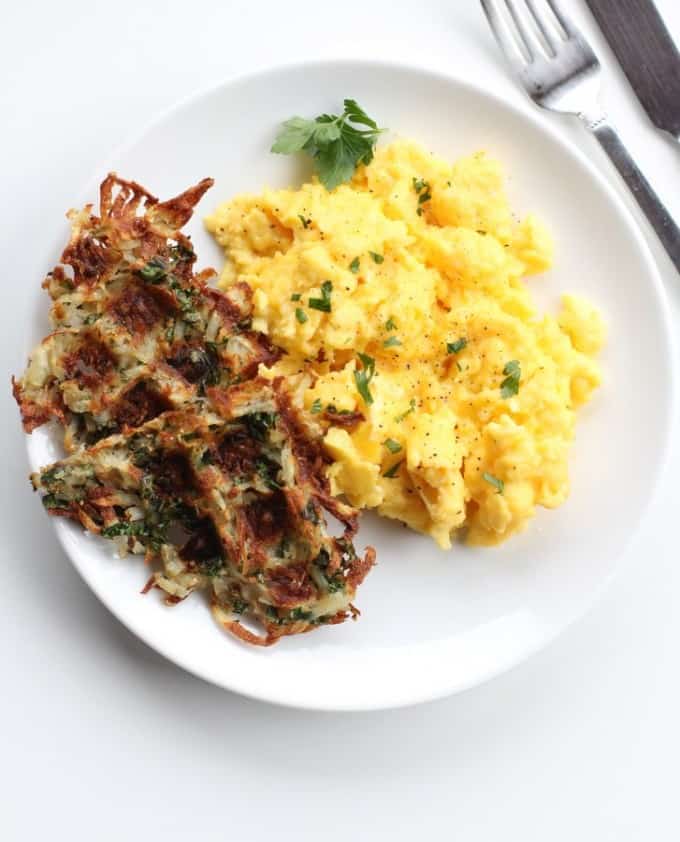 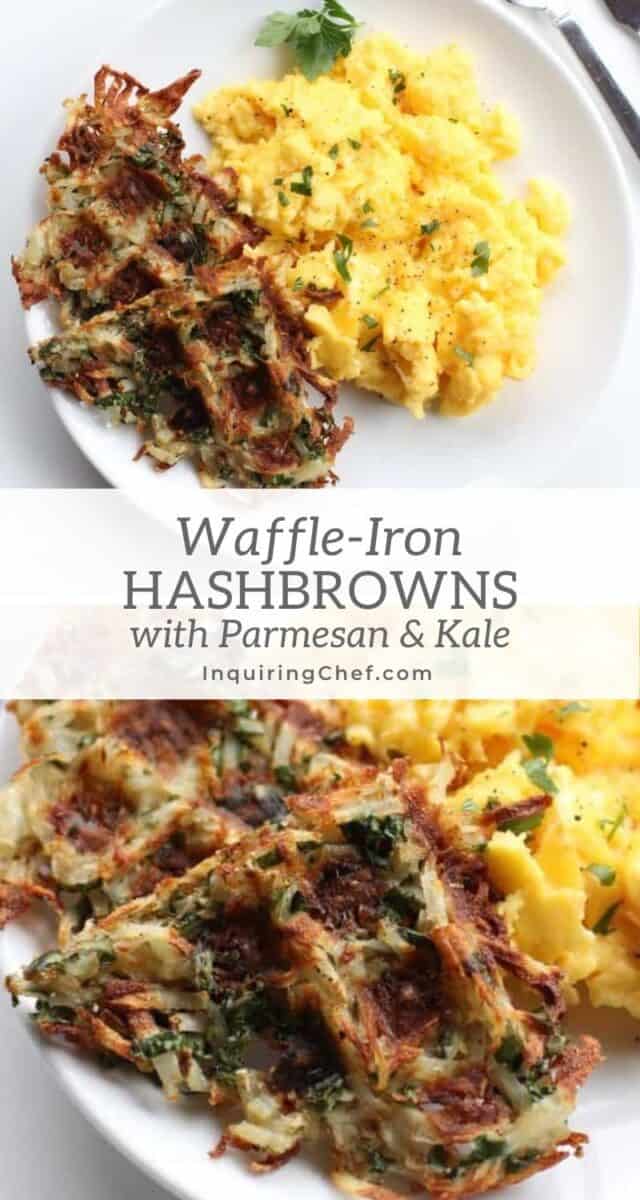 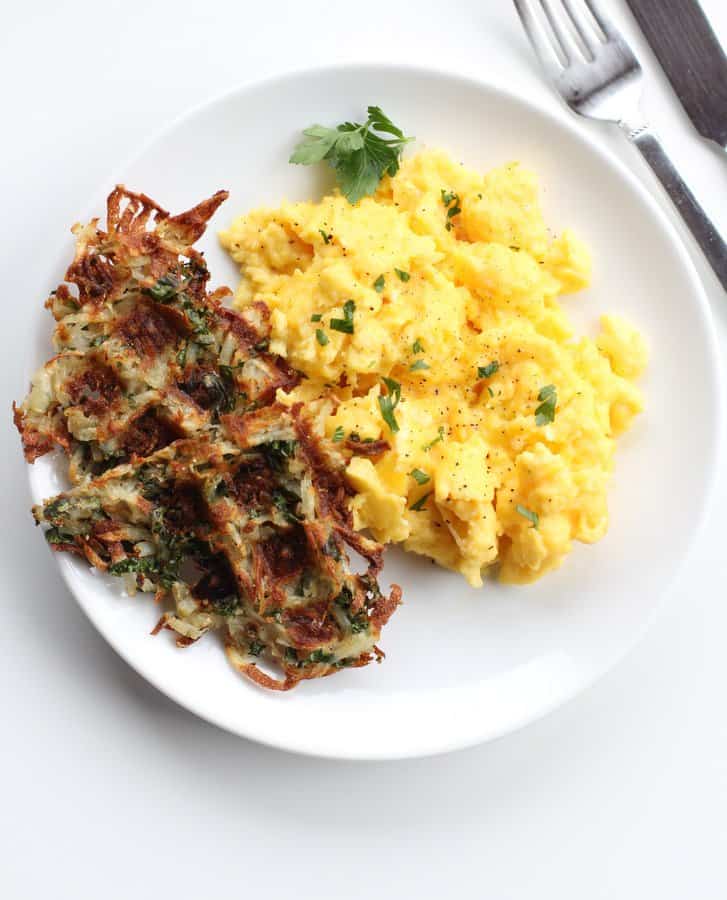 Waffle-iron hash browns are perfectly crisp on the outside, tender on the inside and there are virtually no dishes to clean up!

This morning I took Clara and Molly to the grocery store and no less than five people told me that I “sure had my hands full”.  Perhaps the extra attention had something to do with the fact they were covered in the herb mix from the pita crisp samples, pulled down one cardboard display for bologna, and Houdini’d out of the so-called childproof seatbelt on the coveted race car shopping cart at least 10 times.  So there’s that.

Mornings are crazy.  But I still love ’em.  Especially when they involve a waffle-iron.

You already got a glimpse of our newfound waffle obsession.  Frank has been talking about making waffles since our girls were born.  I’m suspicious that it’s deeply woven into his self-crafted job description as a dad.  Long before those girls could even attempt solid foods, he had his eye on the prize – Saturday morning waffles.  Thankfully, we are now in America where waffle irons (not to mention fried chicken) are abundant.

These “waffles” are something a little different.  A classic breakfast combo with a twist.  Hash browns made in a waffle-iron have serious advantages:

The result is golden brown, perfectly crispy, and got the kid stamp of approval – our girls couldn’t get enough.  We served them with eggs, but truthfully, they would be great with a smear of butter all on their own. 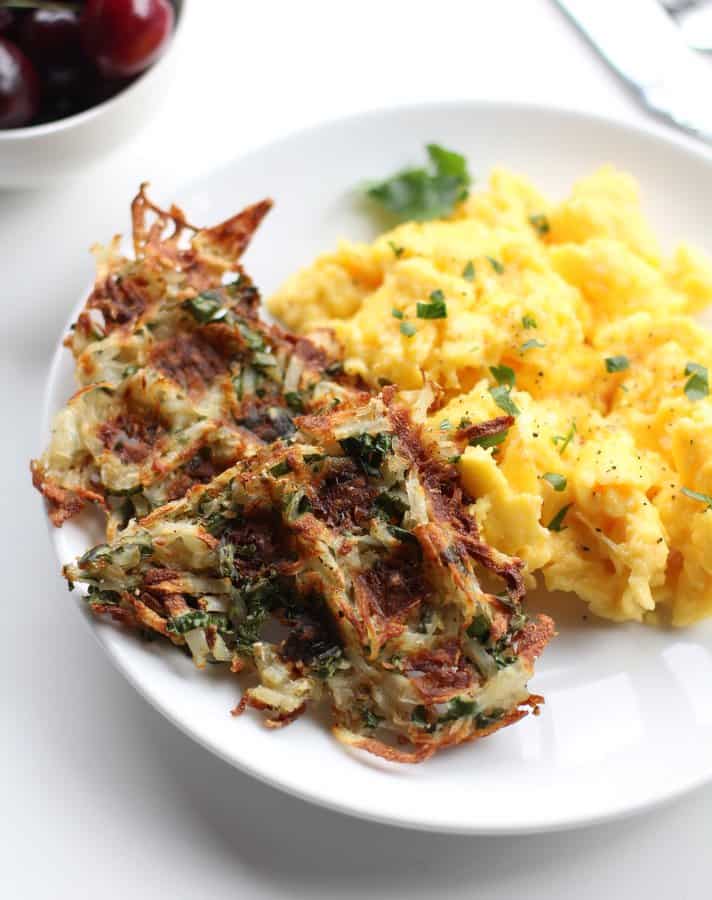 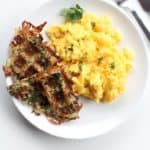 We shared this over on Instagram, but I couldn’t resist sharing it again here.  We’ve been riding our bikes all over Kansas City.  The weather is supposed to be gorgeous this weekend, so if you’re biking around KC, keep an eye out for our fearless foursome! 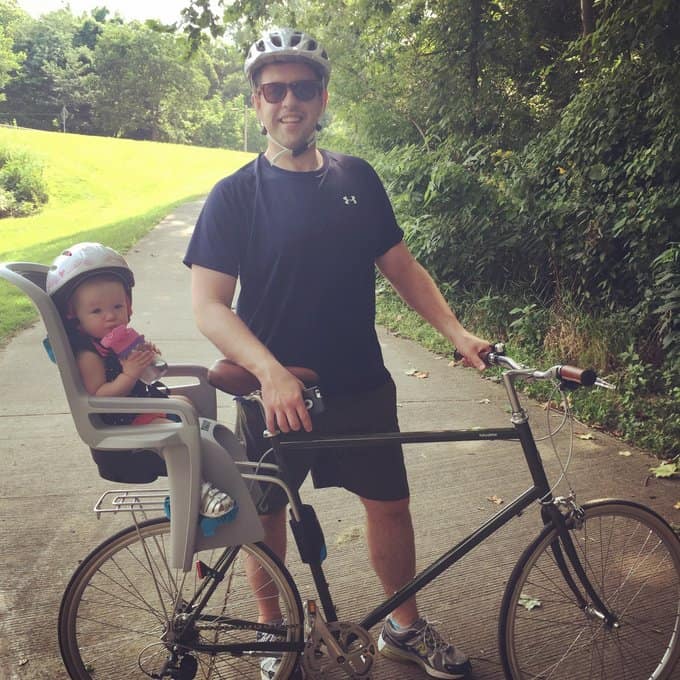