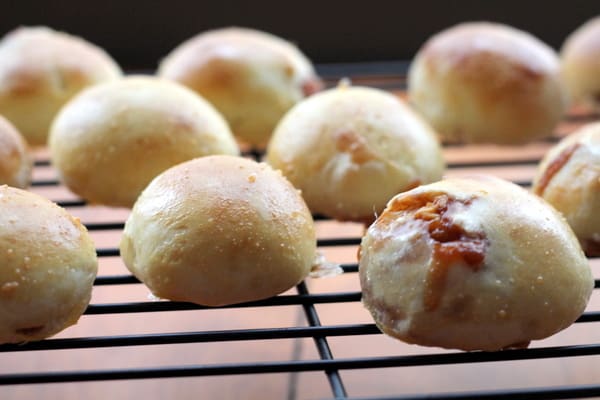 Today I am going to an international potluck lunch for which the attendees were asked to bring a regional dish from their “home”.  I was intrigued by idea since, for an international group of women in Bangkok, the dishes were certain to be diverse.  However, I have been puzzling for over a week about what to bring.  Having grown up outside of Kansas City, it seemed unavoidable that I would be bringing something with a barbecue theme. 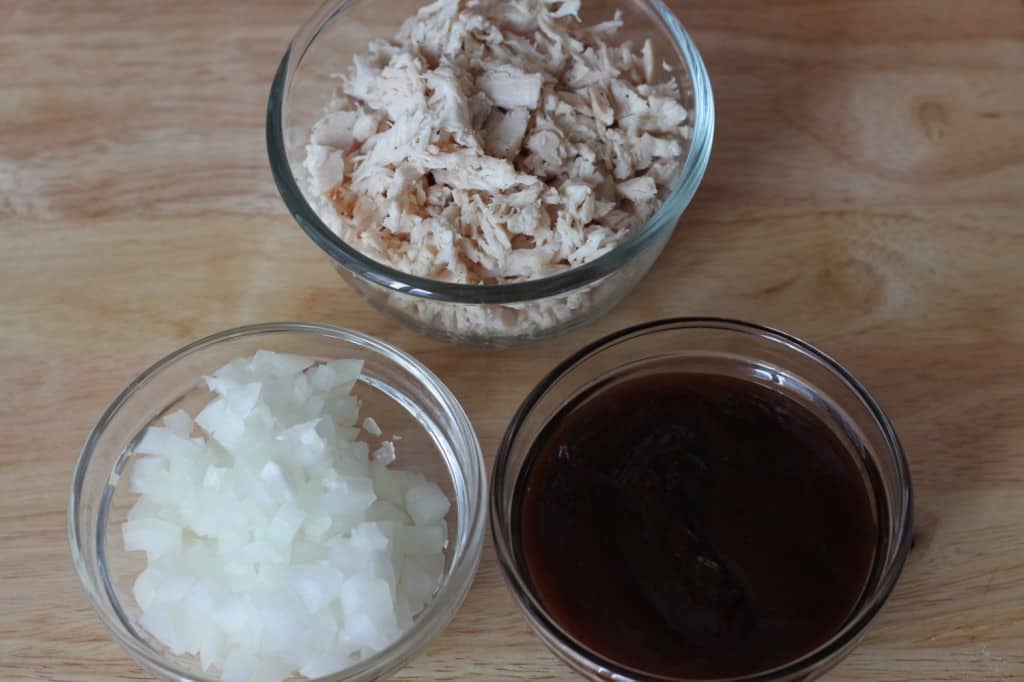 For me, thinking of Kansas City barbecue conjures up lovely memories of sweet and spicy ribs, burnt ends or big pieces of chicken, slathered in sauce and cooked over a grill.  Unfortunately, barbecue of this type just doesn’t translate well to lunch for a group of women.  Enjoying barbecue, KC-style, is best done at a picnic table while licking your fingers with sauce on your face, surrounded by others who are unabashedly pleased to be in exactly the same state.  Today I needed something that would offer all the flavor but would not leave everyone with sticky fingers.  I realized I could do that with spin on a Kansas City barbecue sandwich, best enjoyed between two pieces of fluffy white bread. And so, these barbecue rolls were born.  Were I at home in KC, I would never mess with making my own barbecue sauce.  I would run over to the grocery store and buy any one of the many options that are made locally, and are, I would argue, the best.  Not an option here.

And so, I did something I have never done before.  I tried to make my own.  And it failed…terribly.  I tried to blend together a number of recipes I found on the internet, but the result tasted like a vinegar-heavy tomato pasta sauce.  Something was missing, but I still haven’t figured out what.  Ultimately, I had to go buy some big-name imported kind from the grocery store.  It wasn’t terrible, but these rolls would have been out of this world if I had authentic sauce from a good barbecue joint.

I’m thinking I may need space in my luggage for my next trip home so that I can smuggle a year’s supply of good sauce back into Thailand.

Despite the sauce mishap, these rolls were an even better approximation of the classic than I dared even hope.  They offered all of the savory, juicy sandwich satisfaction, without the messy fingers.

**Update: Some folks have taken to calling these little bbq rolls “bbq bombs,” so I have added that name here as well. 🙂 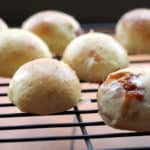 Imagine a delicious BBQ chicken sandwhich all wrapped up in a roll for bite-sized snacking or apps! Some call them BBQ Bombs, I call them delicious!
Course: Appetizer, Bread
Servings: 32 bite-sized buns
Author: Jess Smith via Inquiring Chef

the dough in this recipe is adapted from the original, found by way of Smitten Kitchen and originally published in Light Brioche Buns, New York Times, July 2009