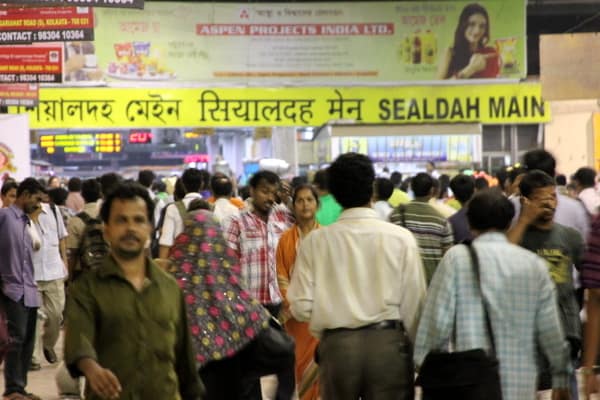 The day had been oppressively hot in Kolkata.  At the train station as we stood, bags in hand, waiting to board the Darjeeling Mail, there was a crack and the heavens opened.  With the rain sizzling on the metal of the station, a local train pulled in and crowds surged from every door.

Our guide turned to me with wide eyes.  "We're going to have to push."

And push we did.  For a moment, I thought I'd lost Frank in the current of bodies.  Even his tall frame couldn't compete with the porters, balancing towers of luggage on their heads.

It was our most chaotic moment in India.  The rain, the people, the volume of the evening commute in one of the world's most crowded cities.  But hours later, at the end of the journey, there was Glenburn.

I've thought of Glenburn Tea Estate often since our return from India.  It comes back in smells and flavors - memories surrounded by the soft sense of peace that defined all of our days there.  It took three hours of rocky driving on mountain roads to reach, plus a 45 minute delay while the road in front of us was paved, but the entire way we were treated to crisp mountain air wafting in the window and wet fog floating over the valley. 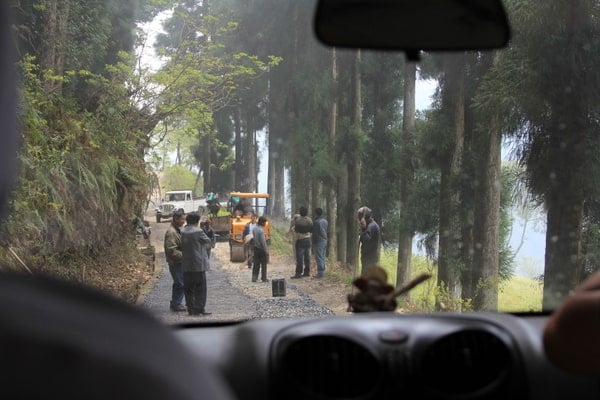 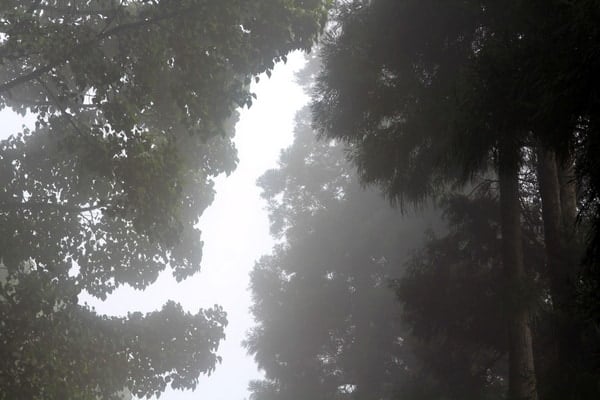 And when at last we arrived and were shown to one of the 8 guest suites on the working tea estate, I was smitten. 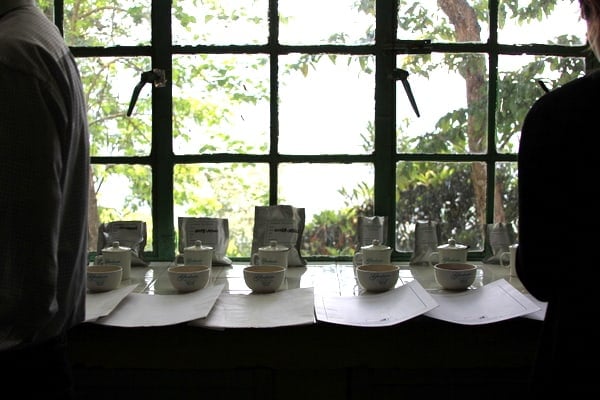 Every day at Glenburn there were fresh lunches with produce from the garden, shared with an ever-changing cast of jovial guests -  one day a charming couple of graphic designers with a firm in Germany; the next day, two reunited friends, having met designing jewelry in Paris. 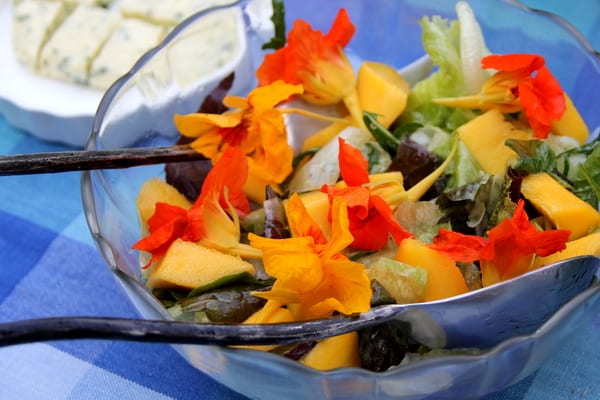 In the afternoons there were hikes to be had through the mountains that surround the estate. 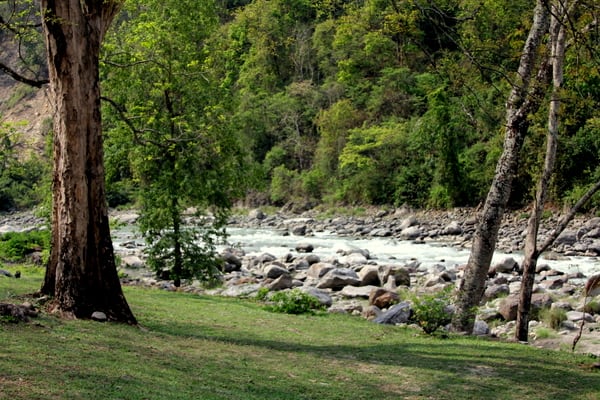 And when we weren't eating, or hiking, or swimming in the cool river, or having a massage, or drinking tea...we were relaxing in a room that I (only half) joked I would lock myself into on the day we were scheduled to depart.

(An act that would have been ironic considering that none of the doors actually locked.  It's very safe there.) 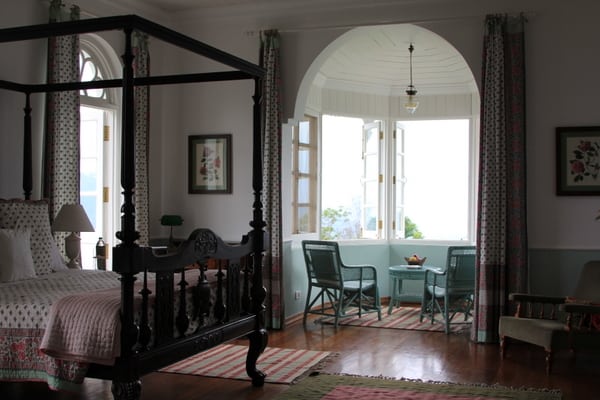 We sat in those cozy chairs and sipped tea in the early morning sunlight, nibbling on house-made banana bread, and marveling at the snow-capped Himalayas in the distance.  We watched fog creep across the valley and fierce storms roll in on a few late afternoons.

We could see the 3rd highest mountain in the world, Kangchenjunga, from that very spot. 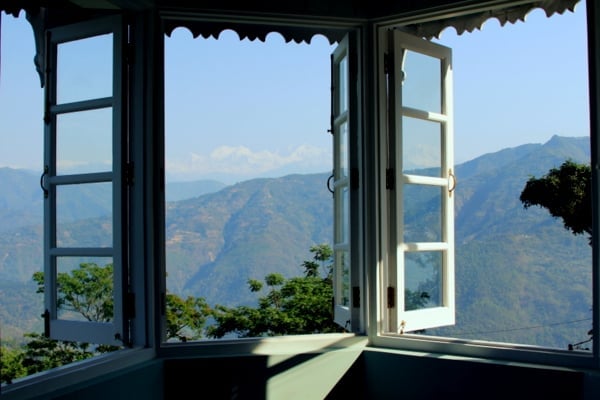 And all day long, across the mountainside and in the valleys, on paths winding across every inch of the estate, children laughed, women gossiped, people sang as they tossed tea leaves into baskets.  Temples rang out with chants, and melodies rose from the village below. 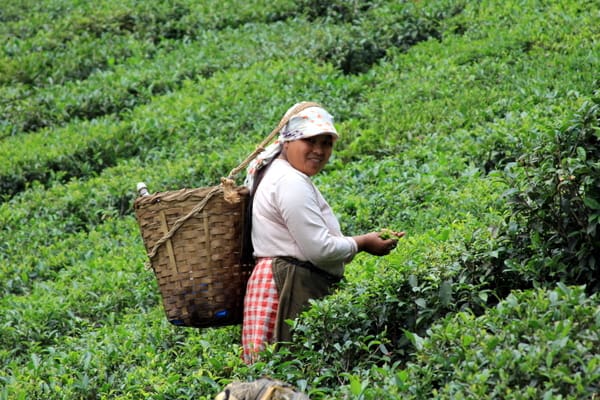 In the evening, hours before we would curl under the warm quilt in our room, we gathered with cocktails in hand, under the sparkling stars of the mountain sky.

A fire crackled.  Laughter dominated the circle, canapés were served on white trays, lights from the surrounding mountains blinked. 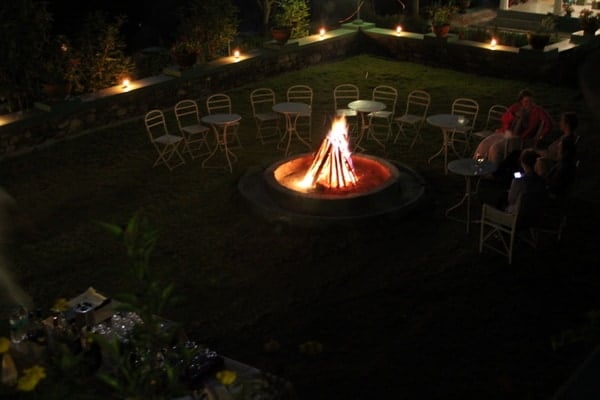 With night air blowing in through the door, and soft light bathing the room, there was a momentary break in conversation.   Someone raised a glass high. 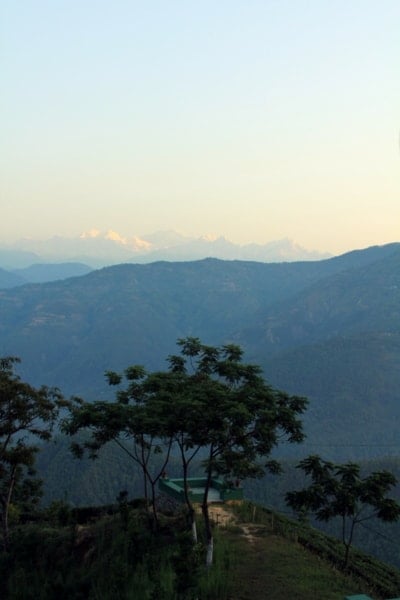 *In addition to being a magical place to vacation, Glenburn has numerous programs that work in collaboration with local communities to support education, medical care, job training, and a variety of other programs. More about Glenburn's programs to support the local community here.

« India part 2: Jaipur and the trains
Soba Noodles with Eggplant and Mango »